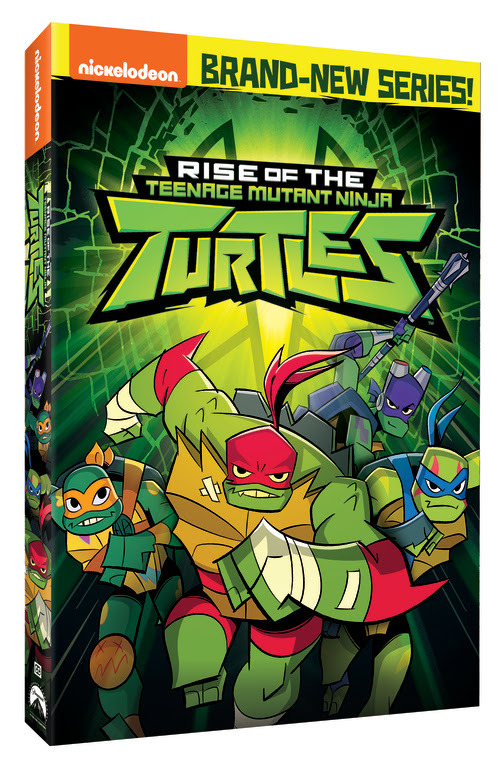 Fans of Nickelodeon’s highly enjoyable Rise of the Teenage Mutant Turtles animated series will be able to own some of the episodes featuring the all-new reimagination of the iconic heroes on DVD come March 12, 2019! Cowabunga!

I am a fan of Rise of the Teenage Mutant Turtles animated series. I love how the show focuses on the earlier days of the turtles. Also, the 2D animation looks gorgeous. It is something which is sure to inspire younger kids to begin drawing, too. And yes, I reviewed the entire action figure line from Playmates Toys. Each figure is amazing!

As for the DVD release, it is produced by Nickelodeon Home Entertainment and distributed by Paramount Home Media Distribution. It will be available on March 12, 2019, for SRP $10.99.

The DVD has a running time of 95 minutes. The audio is English 5.1 Stereo, French Stereo, and Spanish 2.0 Stereo.

As of now, the series has aired 10 episodes in the U.S. with each episode consisting of two 11-minute long segments. The writing makes use of a lot of comedy and impressive fight sequences.

The first season will consist of 26 episodes (52 segments). It has already been renewed for a second season. So, yay!

Also, I get there has been some controversy in the fandom over the character designs, but as far as my opinion goes, I love the new look. I think it is an amazing idea to make every turtle brother a different species which also relates to their individual fighting styles.

Are you a fan of Rise of the Teenage Mutant Turtles on Nickelodeon? Are you looking forward to the DVD release? Do leave a comment and let us know.