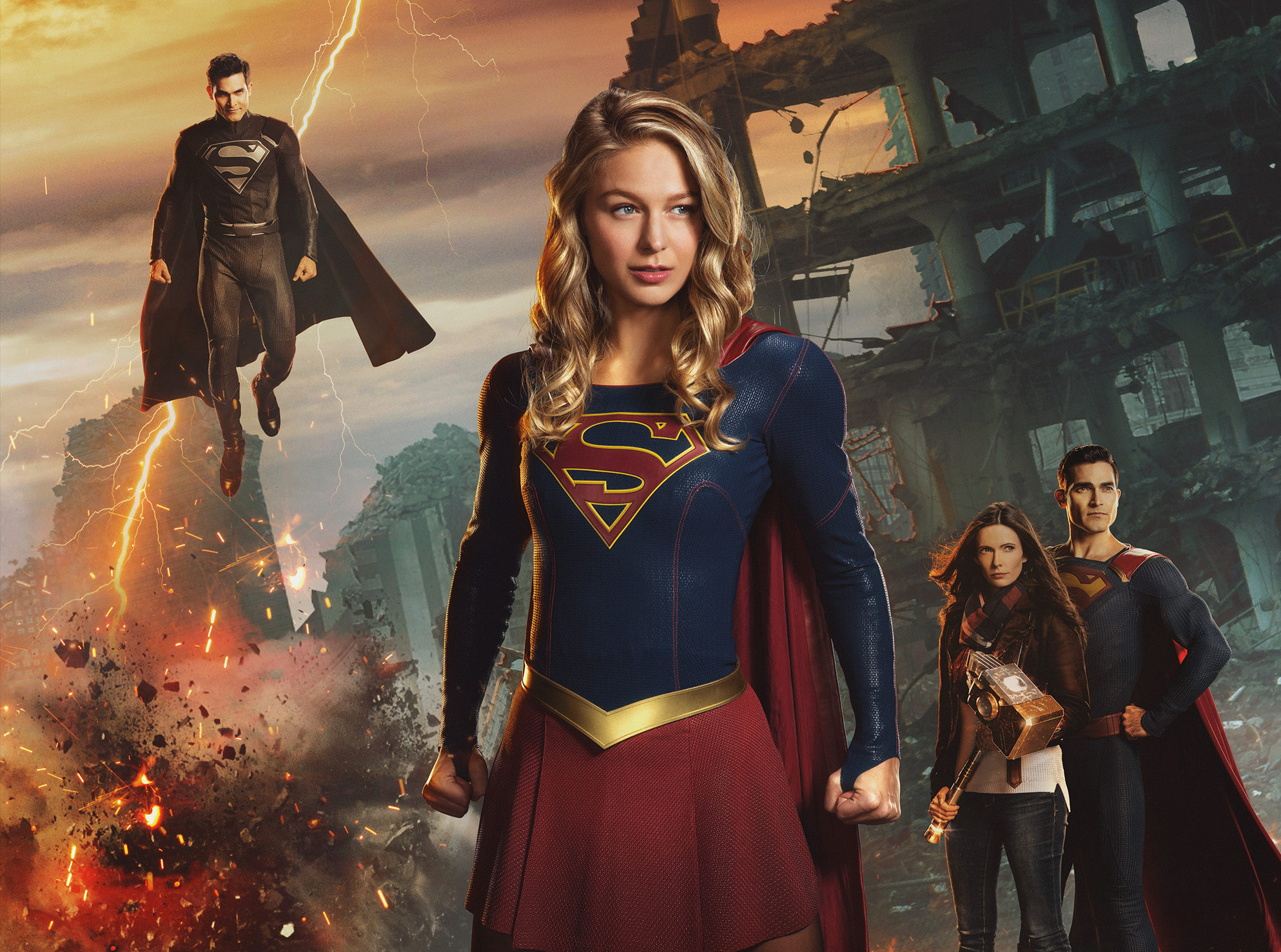 This year’s DCTV crossover concludes with Supergirl and “Elseworlds Part 3”, an episode that serves as further proof that Tyler Hoechlin needs to be on my TV screen all the time.

“Elseworlds Part 3” is very different from the rest of the crossover. The tone starts out dark, but we start getting lighter moments, the way we had in Part 1. Upon finding out that Deegan keeps the Book of Destiny in the Fortress of Solitude, Barry remarks, “I just came from there.” Kara comments that “this is becoming an annual thing”, and Barry goes “I hope not”. But this Earth is not an Earth they recognize. Before, the alternate reality only involved swapping Barry and Oliver, which we learned in Part 2 was because John Deegan used the Book of Destiny in an attempt to make himself The Flash. Part 3, however, completely altered reality. Everyone has been scrambled; Barry 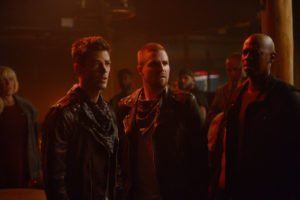 and Oliver have no powers, Deegan has made himself Superman, Cisco and Jimmy are criminals, Diggle, Kaitlin, and Alex are agents in Deegan!Superman’s twisted version of the DEO, seemingly completely sycophantic and fawning over an insecure Deegan. Kara, meanwhile, not existing on Earth-1, has been locked up by Deegan.

Luckily, Cisco still has the power to Vibe, and Barry and Oliver convince him to take them to Earth-38 so they can get the real Superman to help them rescue Kara and get the Book of Destiny. Kara is able to convince Alex to help, because even though she doesn’t exist in this world, they’re still sisters. Deegan, Diggle, and Kaitlin catch Kara as Alex is helping her escape, but Cisco arrives with Clark, Barry, and Oliver just in time. Kara finds the Book and brings it to Clark, who starts to undo Deegan’s work. Unfortunately, Deegan threatens to kill Barry, Oliver threatens to kill him, and Deegan runs off with the Book again.

Barry comes up with an impossible plan that will end up killing him and Kara, according to the Book, but they’re faced with no other options. While they attempt to slow down time, Clark goes after Deegan, and Oliver goes to confront the Monitor and beg for him to spare Kara and Barry, because they are truly good and inspire hope. As Clark fights Deegan, Lois appears with J’onn and Brainiac and a hammer that would probably make sense if I were caught up with Supergirl. Things look bleak, but then Oliver shows up and saves the day.

“Elseworlds Part 3” sets up a lot. For starters, there’s whatever bargain Oliver made with the Monitor, which will obviously be a factor on Arrow. Second, Kate Kane calls Oliver at the end of the episode, and we learn that next year’s DCTV crossover will be Crisis on Infinite Earths, which is probably what the Monitor was talking about this entire time. And lastly, though Clark’s storyline seems tied up nicely (Lois is pregnant and Clark proposes), I can see how there are seeds planted for a potential Superman spinoff (especially if Crisis on Infinite Earths plays out like it does in the comics). 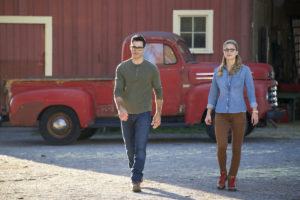 Hoechlin pulls double duty in “Elseworlds Part 3” as Earth-38’s Superman (Clark Kent) and Earth-1’s Superman (John Deegan), and he does it fabulously. As great as it is to see Hoechlin in roles like sunny, charming Clark Kent (which is more akin to his real-life personality), he really does shine in villainous roles. One of my favorite Derek episodes of Teen Wolf is the one where all the werewolves were hallucinating and Derek held Chris Argent prisoner. So it’s not surprising that he is so captivating as evil!Superman. With all the talk of Elseworlds being a backdoor pilot to introduce a Batwoman series, I honestly think this event was a more compelling argument to give Superman his own show. I enjoyed Ruby Rose’s Batwoman, but she was kind of boring. I think we totally need a Kate Kane show, but I don’t know if this was the best way to convince us of that.

Overall, Elseworlds was a pretty great crossover event. One thing DCTV does well is its crossovers. They always manage to be entertaining, even for those of us who aren’t up to speed on all of the shows, and the characters work well together. “Elseworlds Part 3” laid the groundwork for future plots while also managing to provide a little character development and closure for ongoing issues in The Flash, Arrow, and Supergirl.

What did you all think of the Elseworlds event? What are your thoughts on next year’s Crisis on Infinite Earths? 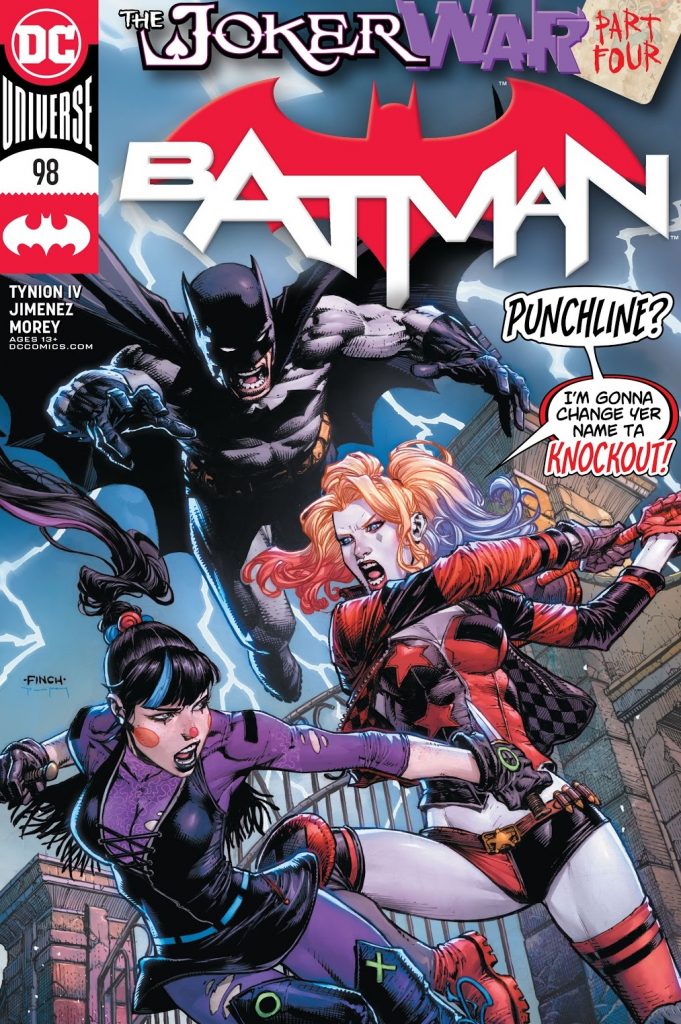 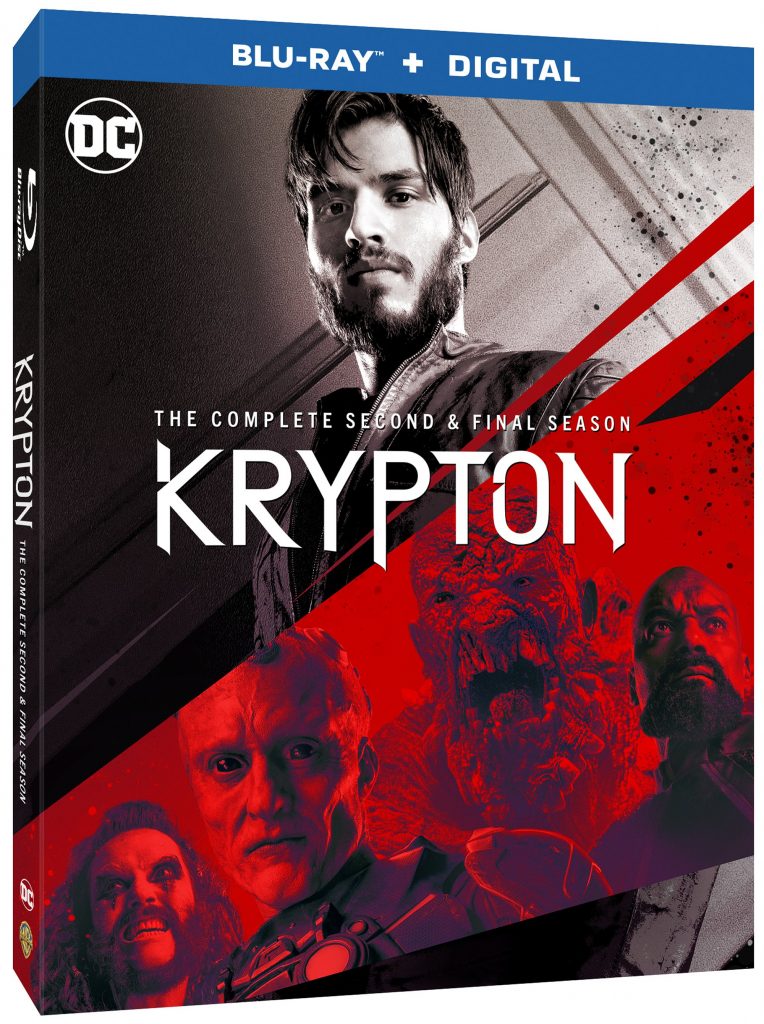 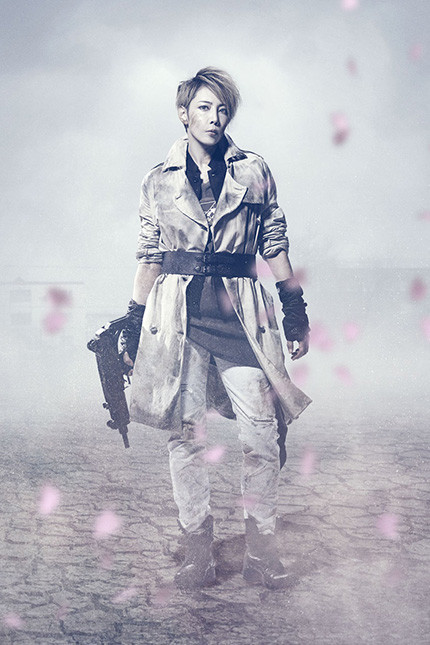