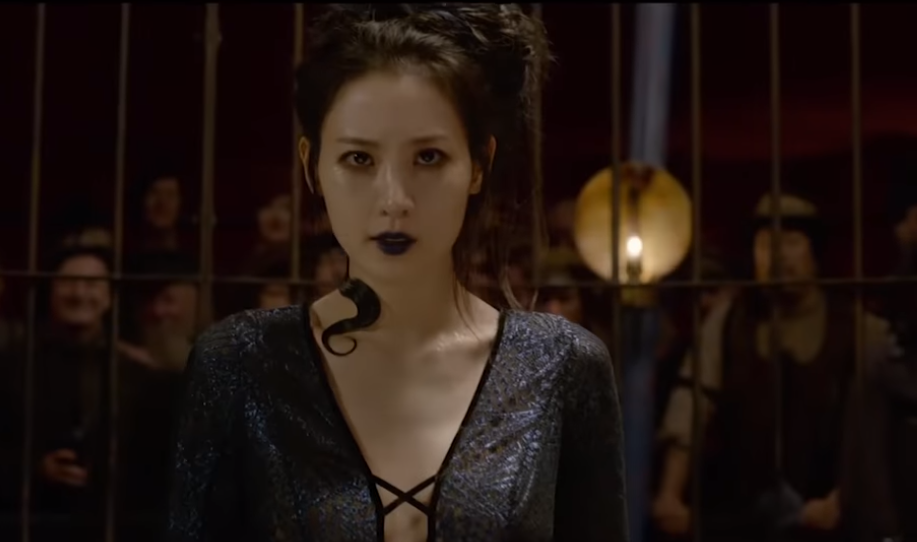 The final trailer for Fantastic Beasts: The Crimes of Grindelwald continues to show how J.K. Rowling is someone who always misses the mark in her mission (which no one asked for) to expand her Wizarding World. The Nagini reveal has made fans talk, but not in a manner that throws a positive light on the upcoming title. Of course, Rowling has responded to the backlash in her tone-deaf manner.

Fans aren’t saying they don’t love the Harry Potter franchise when they talk about the problematic themes in Rowling’s work. However, instead of accepting where she misstepped, Rowling is the kind of person who goes on the defensive and continues to dig a deeper hole for herself. Fantastic Beasts: The Crimes of Grindelwald already had controversy surrounding it. Now, with the final trailer revealing Nagini to be a Korean woman, Rowling has re-sparked the conversation about her possible (some would say obvious) culturally insensitive tendencies as a writer.

No one asked for the reveal about Dumbledore being gay after the final book was released. And no one asked Nagini to be a WOC who ends up being Voldemort’s pet and Horcrux. The fact Rowling makes such decisions can help you understand why certain people say she is culturally insensitive or anti-LGBTQ+. With Rowling not trying to do something about such complaints and going into a defensive stance only pours more fuel to the fire.

I don’t believe for a second Rowling knew from the start about Nagini being a Korean woman. It is the same as her saying Hermione Granger wasn’t written as a white character. Yeah, as if! 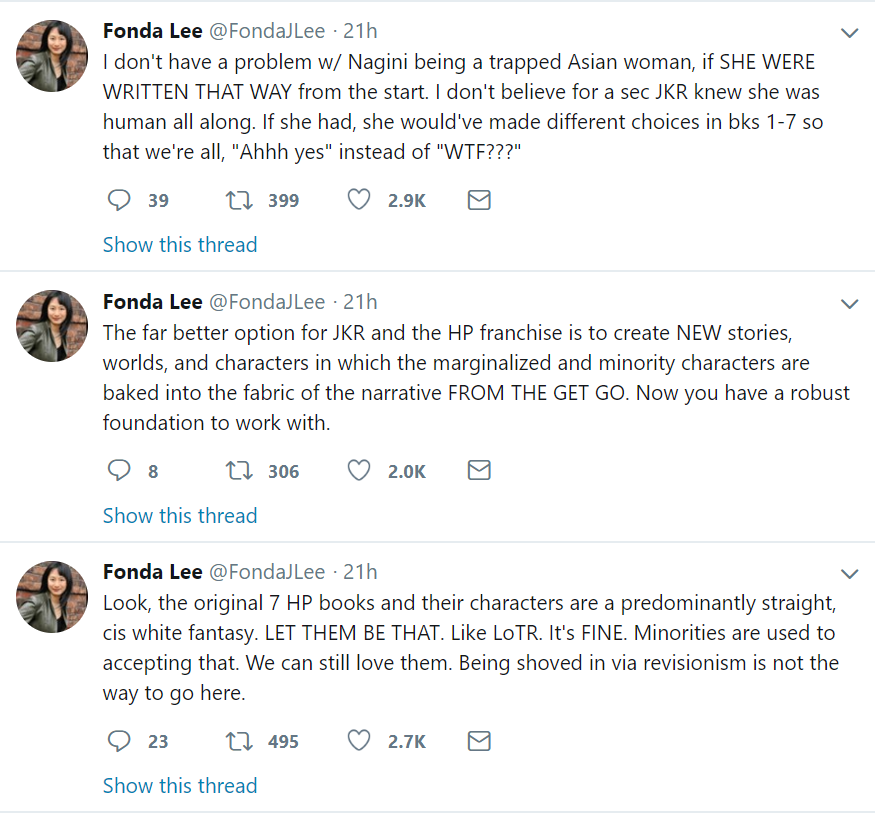 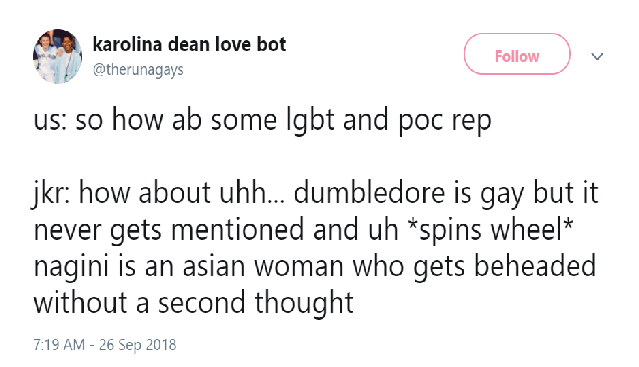 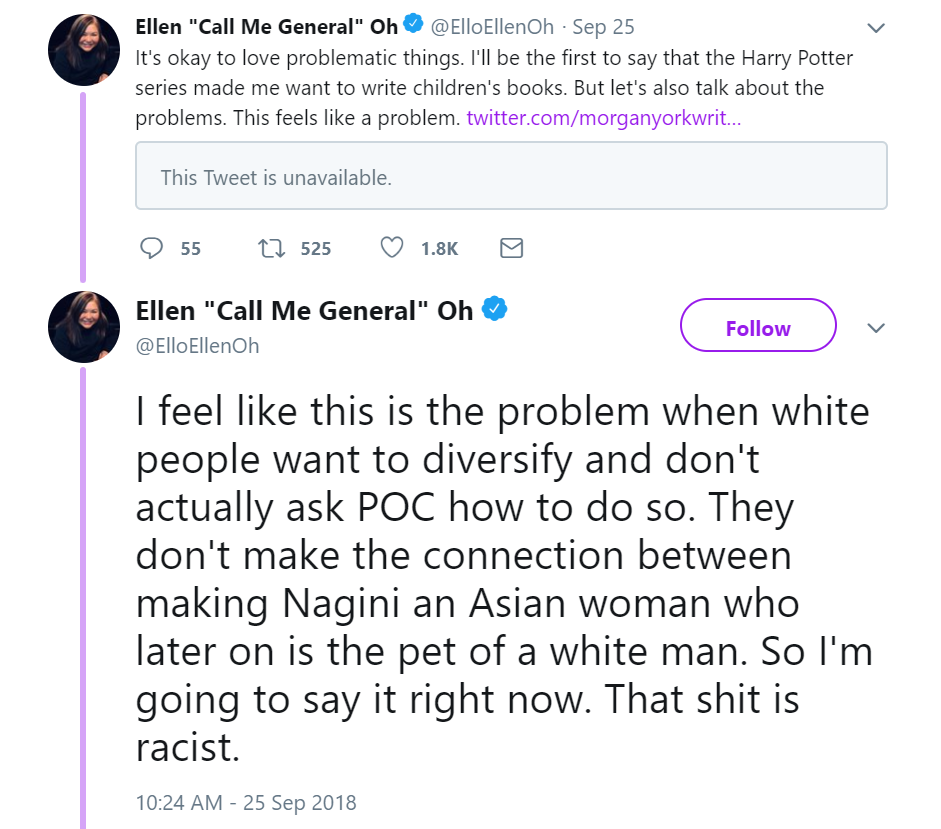 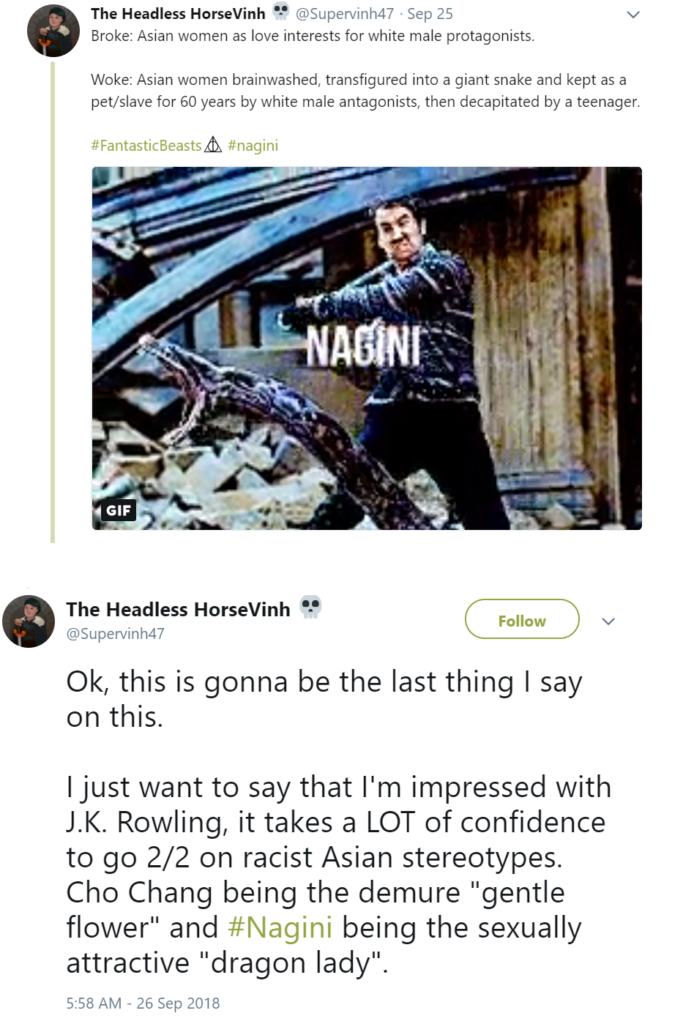 And below is Rowling’s response. Is anyone surprised she missed the mark? Sigh, Rowling. Why are you like this? 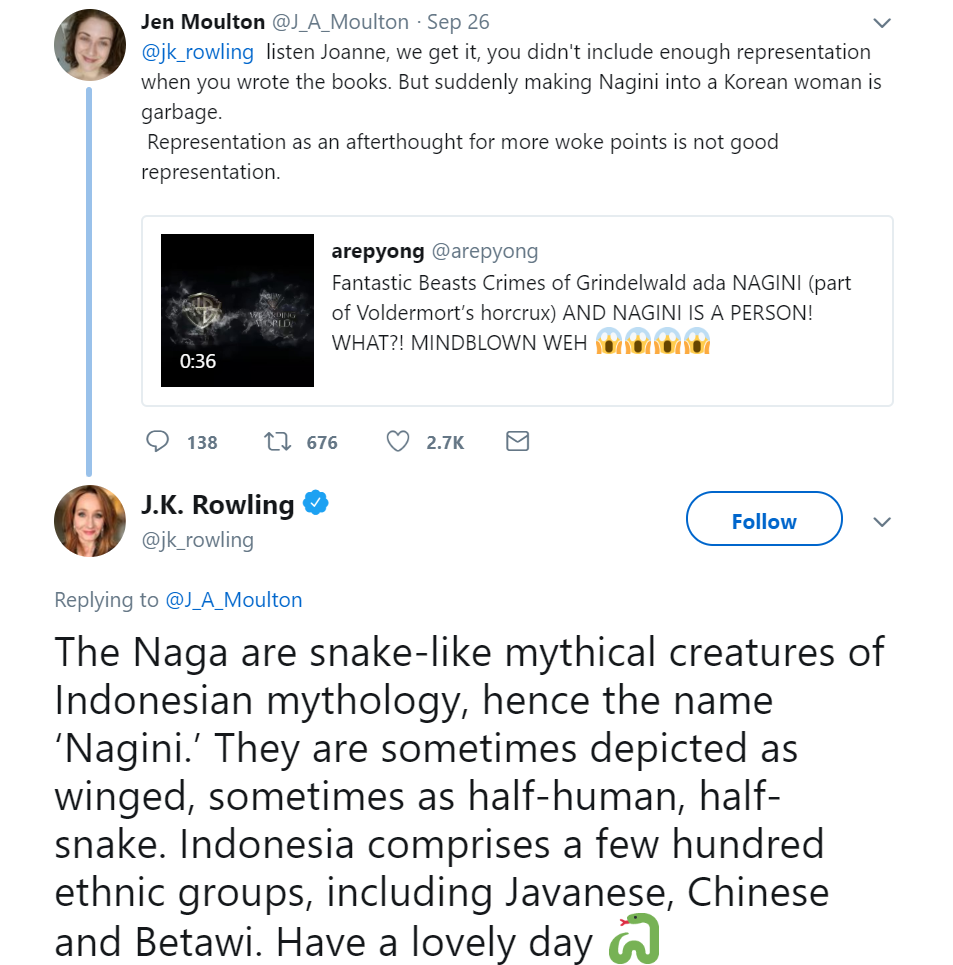 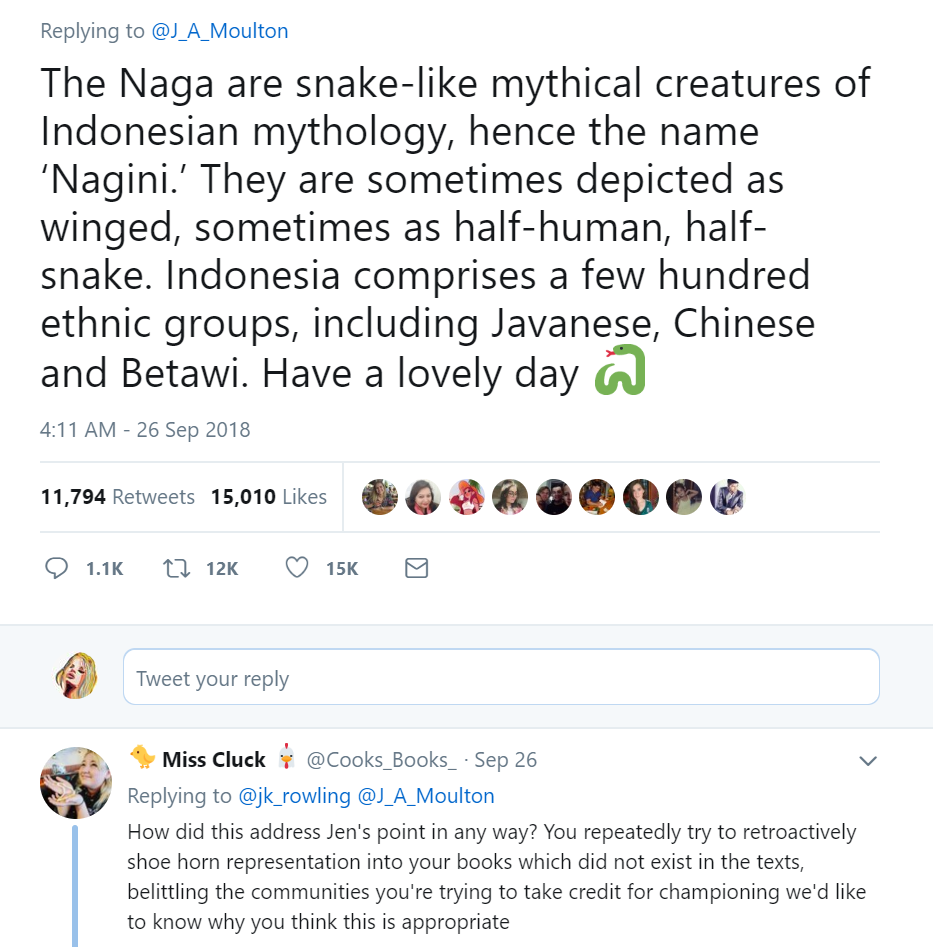 She needs to understand numerous people love Harry Potter. But it isn’t the best of works out there and that’s why the moment she tries to expand the Wizarding World for more money or whatever the cracks begin to show with problematic themes spilling out.

Of course, Rowling is happy about the support she still gets. 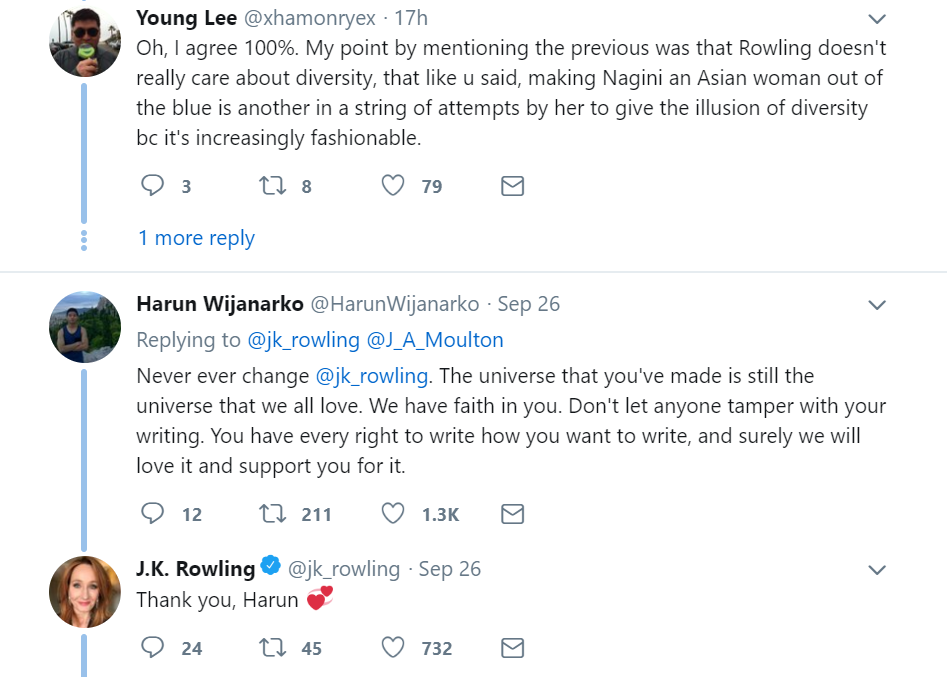 However, an author having the freedom to write what they want doesn’t take away the freedom of the readers to point out issues as well as the consequences that might follow. Let’s see what happens.

The second entry in the Fantastic Beasts film franchise will be released in the US on November 16, 2018.

What do you think about Nagini being a cursed WOC? Are you looking forward to watching Fantastic Beasts: The Crimes of Grindelwald? Let us know.

Previous:Does the New “X-Men: Dark Phoenix” Trailer Make a Strong Case for the Franchise to Continue?
Next: Figure Skating & Geekery: A Chat with Skater Austin Borjas-Ewell