Does the New “X-Men: Dark Phoenix” Trailer Make a Strong Case for the Franchise to Continue?

X-Men: Dark Phoenix. Storm using an umbrella in the rain for some reason (Image: Screengrab)

Even though a number of fans are waiting for the MCU to debut its version of the mutants, for some reason, a trailer for X-Men: Dark Phoenix has been released. Being low on special effects, I wonder if it was able to make a strong enough case for the current franchise to continue. Will X-Men fans even be invested in seeing a movie that is likely to be the last entry?

I’m going to be honest. I won’t mind X-Men: Dark Phoenix and New Mutants not seeing the light of day or being available on the upcoming Disney streaming service. Fox had years to get the X-Men characters right, and the studio wasn’t able to deliver other than a few enjoyable entries.

The studio continued to mess things up (X-Men: The Last Stand, anyone?) as well as push Storm to the background for some weird reason. The fact they decided to ignore her magical ancestry and her background of being worshipped in X-Men: Apocalyptic Manpain was atrocious.

We just had this panel in this week’s X-Men: Red Issue 8. But the Fox X-Men movies have decreased the ability of weather manipulation (literal power of the Gods) into some basic mutation. 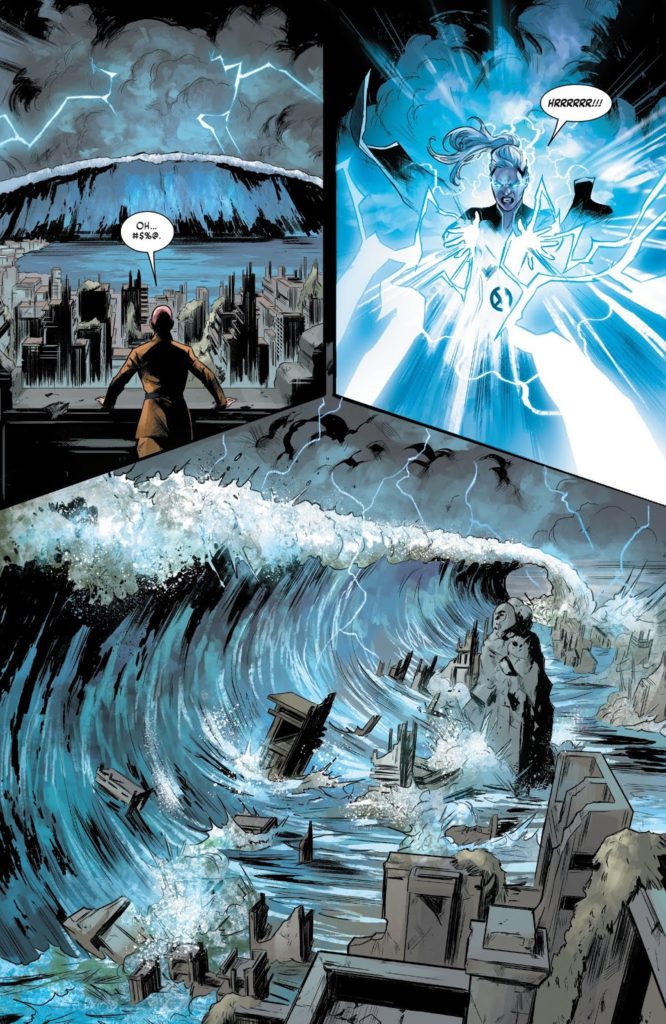 Again, a WOC gets the short end of the stick for the white dudes to shine, and that’s exactly what we’re going to receive again from X-Men: Dark Phoenix. Ororo is only in this franchise to tick the diversity box and that’s just sad. No wonder fans are hoping the MCU will treat her better.

Instead of giving us something new, the trailer seems to be a rehash of X-Men: The Last Stand, but this time without Wolverine involved. How many times are we supposed to see Jean and her connection to the Phoenix Force in the film franchise done wrong? Sigh!

As I said, the new trailer is very special effects-empty. Maybe they are still working on them? Maybe there won’t be any cool action sequences at all and it is supposed to be more of a character study about Jean? The cast has previously described the upcoming title as being a drama.

I guess that explains Magneto crying, Hank being upset, a funeral (possibly Mystique’s because Jennifer Lawrence wants out), everyone ganging up on Professor X, and a whole lot more (I say this because the leaked spoilers online were awful).

Again, do you think the current trailer is enough to make people feel interested in watching X-Men: Dark Phoenix in theatres on February 14, 2019? Will they want to do so when they know the current continuity is going to be scrapped due to Disney acquiring Fox? Let us know.