Attack on Titan 3×09 Review: Ruler of the Walls 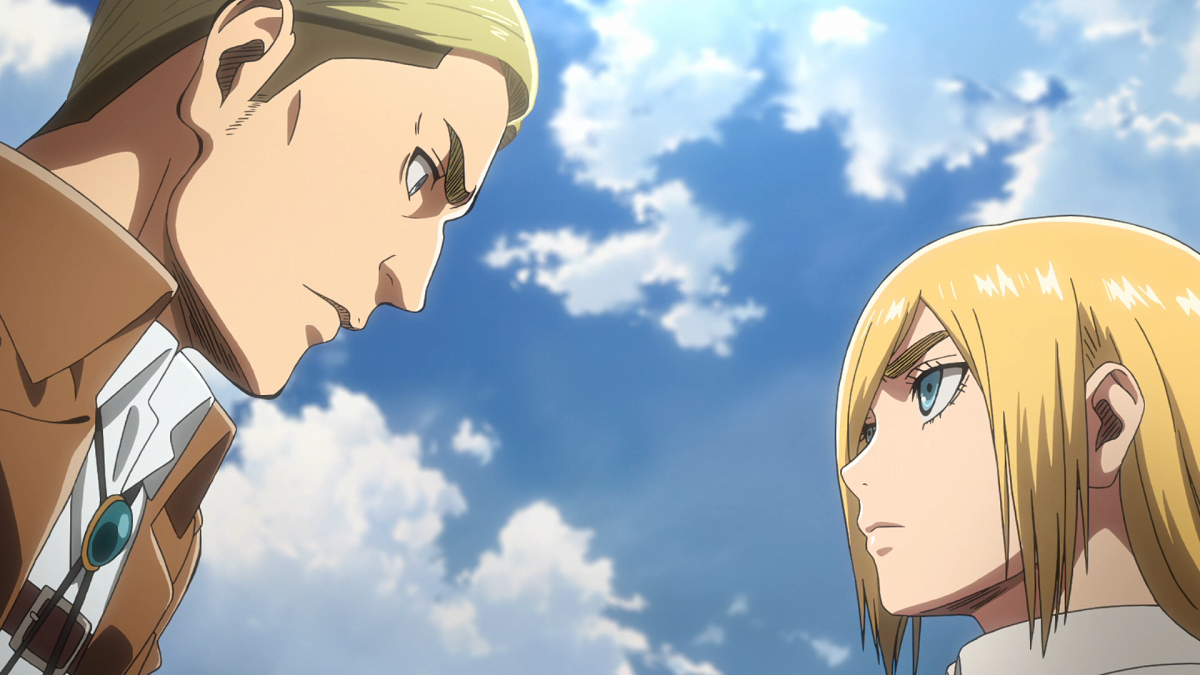 “Ruler of the Walls” gives us the first true Titan battle in a very long time and serves as the perfect introduction for your brand new queen, Historia.

Let me tell you, this is not a show to watch before eating. You’d think I would have learned that by now. “Ruler of the Walls” finally revealed Reiss’s Titan form in all its glory…or what there was of it. That was the most disgusting reveal I think I’ve ever seen. However, the beginning scenes, where we saw from the Titan’s perspective, were pretty cool. It showed us how the Titans detect humans, and that they see them as a giant source of energy. 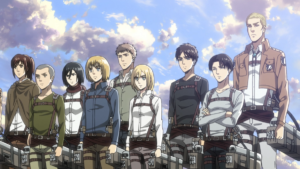 One thing that this episode did exceedingly well was highlight the difference between the Scouts and the rest of the military. At first, Erwin’s refusal to evacuate looks like the government’s decision to abandon the outer rings and batten down inside Wall Sina. But then you realize that his plan is based on actual knowledge of Titan behavior, something that the Garrison and Military Police know nothing about, as they don’t actually fight the Titans. This is where it helped to have those opening scenes, because what Erwin and Hange were saying is true. Reiss would have changed his focus, following the mass concentration of energy that the people of Orvud District would give off.

Historia continues to impress me as the show goes on. She may end up usurping Levi as my favorite character. Her choice to put herself on the front line, even knowing that she is meant to rule, is just further proof that she is an amazingly complex and badass character. She knows that the people won’t willingly follow a new ruler just because they’re told to do so, and her introduction to the people is probably the best thing that will ever happen – falling from the sky after delivering the killing blow to the largest Titan ever.

I’m also very intrigued by that montage of memories she saw when she attacked. Was that real, or did she imagine it? At any rate, it seems to show that it was good that a) Grisha stole the Founding Titan power and b) Historia did not take it. It seems that, whatever those memories from Before are, it makes people with the power not want to help humanity even if they have the ability. 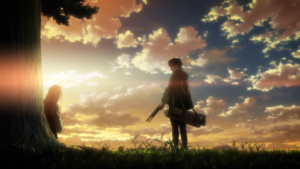 Considering the damage done to the cavern, I’m not surprised that most of Reiss’s soldiers were killed. I am slightly surprised that Kenny was able to make it out of there, but considering his importance to Levi, I guess I shouldn’t be. Now comes the question, where did he get that kit, and what’s in it? Do my eyes deceive me, or was there still some of the Titan serum remaining? I don’t think Kenny really has the strength to turn himself into a Titan, plus there aren’t any shifters nearby, so he would end up as a mindless Titan like Ymir was for so long. So what does he intend to do with those?

But Kenny is an Ackerman, and we learned that they are immune to some of the Titan powers. Does that also mean that they cannot turn into Titans?

I feel like the art and animation were exceptional in “Ruler of the Walls”. There were a couple of shots I wanted to screencap just because I thought they were really pretty.

Have you all seen “Ruler of the Walls”? What did you think?