Attack on Titan 3×08 Review: Outside the Walls of Orvud District 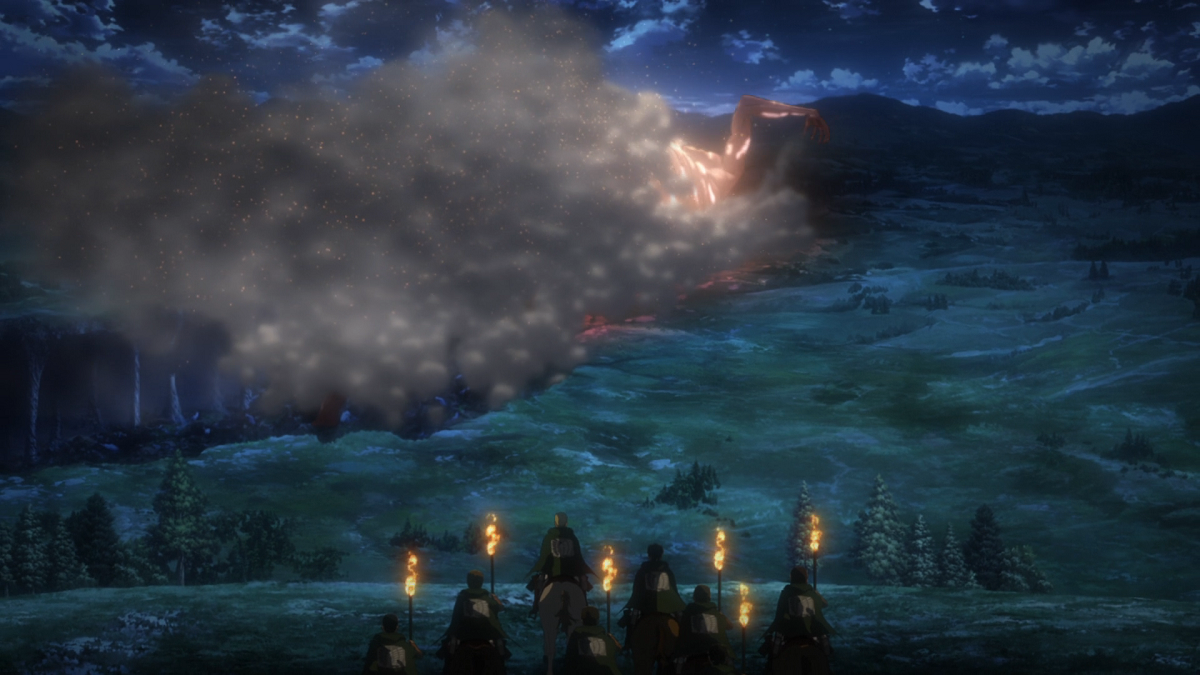 After all of the revelations and happenings of the past few episodes, “Outside the Walls of Orvud District” was kind of a nice change of pace. Just a lot of talking as we follow a giant, flaming Titan through the countryside.

Oh, look at that! A basement mention! It’s only one of my most oft-repeated questions, and I’ve been dying for an answer for ages, so thank you for remembering that it’s a thing. (Although I did like Sasha going, “Oh, that’s important?”) “Outside the Walls of Orvud District” was a nice, slow episode to allow the audience to catch up with all of the information we’ve learned since the beginning of the season. Something that I hope they don’t skip over: just what else did Reiss have in his bag? He had the vial to allow Eren to create the Titan armor he’s yet been unable to do, and that wasn’t the only bottle that spilled out of that bag. I hope they weren’t destroyed, and that someone had the presence of mind to collect them for future use. 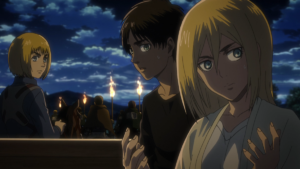 I find it very interesting that Eren was ready to believe Historia’s father, yet Historia believes more in Eren’s father. I’m sure part of this is the shock that Eren went through, learning his father became a Titan, killed a whole bunch of children, ate someone, then forced Eren to do the same thing. Still, I am very much loving how Historia is coming into her own this season. Indeed, in just these past few episodes, she has shown considerable development and agency. Now if we could just give Mikasa something to do that isn’t shouting “EREN!”

Of course, I am curious as to how the populace are going to take Historia suddenly being queen. As I understand it, this whole sequence of events happens much differently in the manga, but that Hajime Isayama was much more pleased with how everything in the anime is ordered. Anyway, after Historia turned down being the Founding Titan, I think it makes sense that she volunteers to be queen. Her issue with the Reiss family was that they had power and chose not to wield it to save humanity; as queen, she will have the ability to really do something about their situation, and I think she intends to do so.

But also, Eren has shown a lot of growth recently, too. He used to be just an angry, angsty kid who yelled a lot. These past few episodes have shown the depth of his range, and I’m 100% here for that. 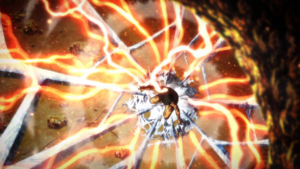 Can I just say how amazing the animation was in this episode? I know at least some of it was CGI, but there were just so many amazing shots in “Outside the Walls of Orvud District”. Like Erwin and his Scouts watching Reiss’s Titan form crawl across the country, igniting trees with just a touch. Or Eren’s Titan cage forming against whatever the heck was going on with all that flaming Titan garbage.

Have you all seen “Outside the Walls of Orvud District”? What did you think?