“Scooby-Doo! and the Curse of the 13th Ghost” Gets February 2019 DVD & Digital Release 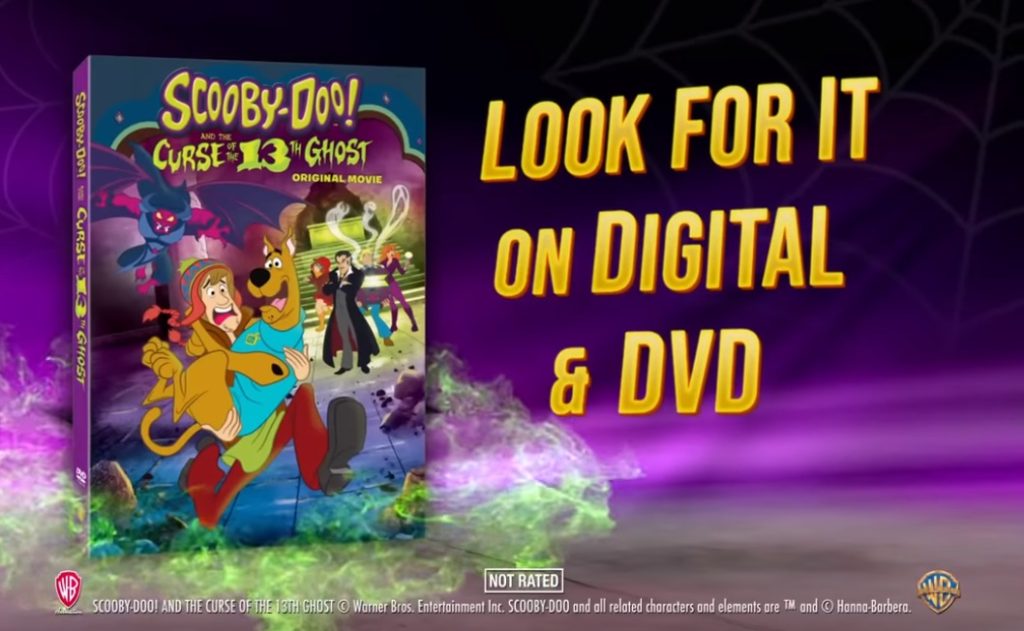 It took decades, but it is finally happening, Scooby Gang! We are getting a continuation of The 13 Ghosts of Scooby-Doo animated series when Scooby-Doo! and the Curse of the 13th Ghost is released on DVD and Digital come February 5, 2019!

Courtesy of Warner Bros. Home Entertainment, Scooby-Doo! and the Curse of the 13th Ghost will feature Scooby and his friends heading to the snowy peaks of the Himalayan mountains to track down a lost chest containing the spirits of 12 captured ghosts.

The Mystery Inc. “embark on a thrilling voyage to find the lost chest and capture the 13th ghost – the one that got away! Based on the classic animated television series The 13 Ghosts of Scooby-Doo, in this brand new film, viewers will finally learn the identity of the 13th ghost – a mystery that has never been revealed before.”

Being someone who watched the classic animated series, which featured Scooby, Shaggy, Daphne, and Scrappy-Doo, I am so excited about this upcoming film. Scooby-Doo! and the Curse of the 13th Ghost will retail for $19.98 SRP.

With the 13th ghost still on the loose, the gang will have to come out of retirement and finish the job once and for all. The chest however, is now located somewhere in a remote village in the Himalayas. Determined to help Vincent, the gang sets out on one of their most thrilling adventures yet!

“We’re delighted to offer this brand-new, animated Scooby-Doo! film. It’s a perfect choice for family movie night. Kids will be engaged as they try to solve the mystery behind the 13 ghosts and adults will be entertained by the film’s clever writing and eye-catching animation,” said Mary Ellen Thomas, Vice President Family & Animation Marketing. She added, “This is a must-own film for all Scooby-Doo! fans.”

Scooby-Doo! and the Curse of the 13th Ghost features the familiar voice talents of Frank Welker as Scooby-Doo/Fred Jones, Grey Griffin as Daphne Blake, Matthew Lillard as Shaggy Rogers, Kate Micucci as Velma Dinkley and Maurice LaMarche as Vincent Van Ghoul. The film was executive produced by Sam Register, written by Tim Sheridan, and directed by Cecilia Aranovich Hamilton.

The Bonus Episodes include:

Are you excited? Let us know!