Boruto: Naruto Next Generations 1×87 Review: The Sensation of Living 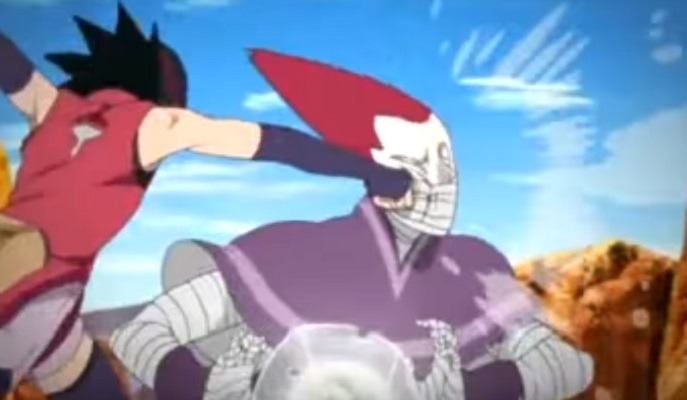 Salad punching Kakou in ‘The Sensation of Living’ (Image: Screengrab)

‘The Sensation of Living’ finally had enough interesting content for me to review this week’s episode of Boruto: Naruto Next Generations. Here’s to hoping the upcoming episodes are able to hold my interest, too.

I think I am speaking for most of the fandom when I say that the current arc about Ohnoki creating Akuta’s in a lab because he doesn’t want young ninjas to fight has been a drag. It doesn’t make any sense to anyone and accomplishes nothing but painting Ohnoki (who was a hero in the previous war) as the villain. I want this arc to end already so we can move on to, hopefully, better stuff.

The thing I liked most about ‘The Sensation of Living’ was the fight sequence between Boruto, Salad, Chocho, and Kakou. Boruto and his friends being able to defeat Kakou wouldn’t have felt right. The Fabrications are powerful enemies, and I want our leads to continue facing trouble. I do give points to the three young ninjas for working together and coming up with interesting strategies to try and take down Kakou even though their opponent was just too strong for them.

While Boruto and the rest were busy surviving Kakou’s attacks, Inojin encountered the female Fabrication and got placed under her genjutsu. Now, Inojin, being the son of Ino (one of the best genjutsu users out there), falling under mind control didn’t feel right to me. I think Inojin is fooling the enemy or he will be able to force himself out of the genjutsu in the next episode.

It was good to see Shikadai contacting the Hokage office and letting his father know about everything. I couldn’t help but smile seeing Naruto not being able to do much. If he was younger he would have sneaked into different territories to save everyone. However, as the Hokage, he needs to go through a lot of paperwork and be patient. I hope the grownups are able to arrive soon and put an end to what Ohnoki has caused. Fingers crossed Sasuke gets the news and arrives to rescue his daughter and the rest. At least, Konohamaru is out there so Boruto and co. aren’t entirely without backup.

What did you think of ‘The Sensation of Living’? Feel free to share your thoughts with us.

Previous:“Dragonwatch Book 2: Wrath of the Dragon King” – Review
Next: Misty and Brock “Trainer Battle Decks” to Be Released in January 2019