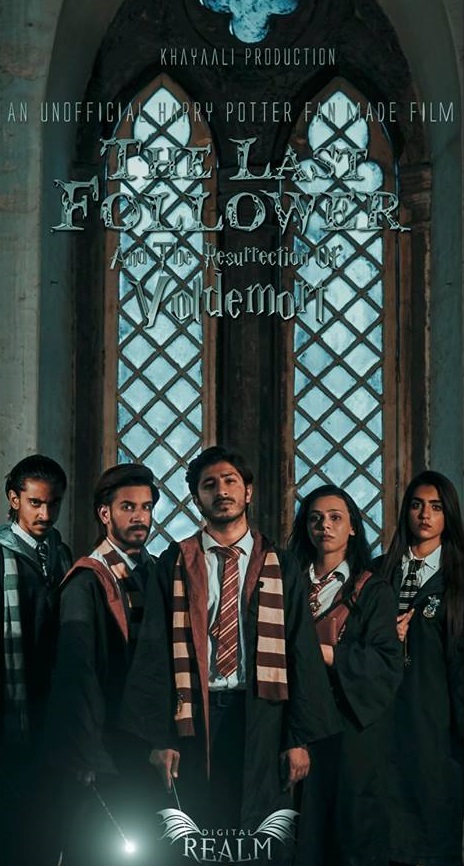 Rowling’s Harry Potter franchise is a global phenomenon, and it is always fun to see it being recreated in different ways by fans. The trailer for Pakistani Harry Potter fan film The Last Follower and the Resurrection of Voldemort has been released, and it is impressive!

The final book in the Harry Potter series debuted back in 2007, and fans still return to the world because there is so much to explore and revisit. While the Fantastic Beasts movie series is trying (and failing) to recreate the magic, the main HP series continues to resonate with fans around the world.

We have all created stories about how life at Hogwarts would be and what could happen next after the final page of Deathly Hallows. And yes, I do not count Harry Potter and the Cursed Child as canon.

There have been numerous HP fan films and shorts created over the years and now you have one from Pakistan to look forward to.

Here’s the trailer for The Last Follower and the Resurrection of Voldemort!

Seeing GC University Lahore being used as the Hogwarts Castle is brilliant because Lahoris (including myself) always knew the building looked like a magical school.

Waleed Akram serves as Director/Cinematographer/Editor. He co-wrote it with Umer Darr. The VFX Head is Zeeshan Hameed.

I am very impressed by the quality shown in the trailer. I hope this fan film is released soon.

As far as my unsolicited nitpicks go, I hope the final product has clearer dialogue delivery. I don’t want to keep reading the subtitles to understand what’s being said (like I did with the trailer). “Are you listening something?” better not make it in the final cut.

Also, I have been going over some of the character names and I think everyone is supposed to be white but being played by Pakistani actors and actresses. Now, I get this is a fan film and creative liberties have been taken. However, I hope at least one fictional character (if not more) is of actual Pakistani descent (like Kamala Khan) because we all know Hogwarts needs some diversity.

Kudos to the entire team who obviously worked very hard to bring this fan film to life. I wish it all the success!

Feel free to share your thoughts about The Last Follower and the Resurrection of Voldemort with us.