“Seven Tears at High Tide” by C.B. Lee Is a Bisexual Summer Romance for My Inner Teen 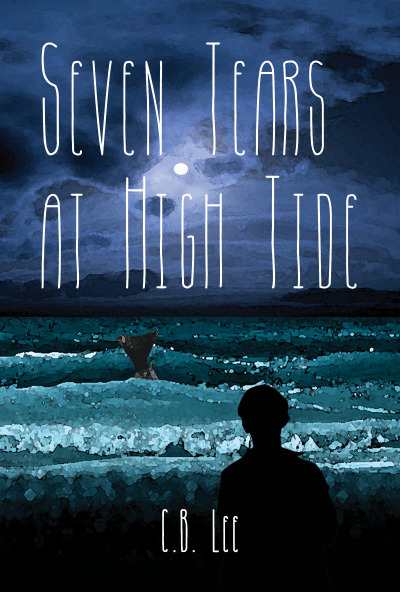 If you’re not into supernatural YA romances, then you should probably stop reading this right now because Seven Tears at High Tide by C.B. Lee is not going to alter your perception of the genre. BUT if, like me, you can’t get enough of reading about hopeless teenagers falling in love with mythical creatures (the added bonus is that it’s an LGBTQ+ romance) then you should DEFINITELY consider picking up a copy of Seven Tears at High Tide.

Kevin Luong walks to the ocean’s edge with a broken heart. Remembering a legend his mother told him, he lets seven tears fall into the sea. “I just want one summer—one summer to be happy and in love.”

Instead, he finds himself saving a mysterious boy from the Pacific—a boy who later shows up on his doorstep professing his love. What he doesn’t know is that Morgan is a selkie, drawn to answer Kevin’s wish.

As they grow close, Morgan is caught between the dangers of the human world and his legacy in the selkie community to which he must return at summer’s end.

Basically Kevin’s a bit unlucky in love, so he wishes himself a perfect boyfriend. There’s some stuff about hunters and a curse, but really Seven Tears at High Tide is a super sweet story about two lost lonely boys falling in love. It’s not particularly groundbreaking, and it’s a little twee at times, but it is a genuinely lovely story that’s incredibly easy to read. I floated through this book in one sitting and I thoroughly enjoyed the entire experience.

The story’s biggest weakness is that the threats never feel real. The couple – Kevin and Morgan – are basically fated to be together; all the threats to their relationship are external, and those external threats are introduced a little late. There are moments of action that are exciting, but that action often feels divorced from the overall narrative about summer love. I would have liked to see a little more internal conflict, a little more struggle; two boys falling in love is good, but two boys fighting for love is better.

Lack of conflict aside, the way C.B. Lee deals with sexuality is really interesting. Kevin is openly bisexual, and labels himself as such early in the novel. He even talks about “coming out” as bi, and while that might not seem like a big deal, it’s really not something that happens very often. On top of that, Morgan’s struggle to choose between the human and the selkie world appears as a great metaphor for bisexuality. I may have shed a tear or two at the end of his journey.

Maybe I’m reading too much into it, but I don’t think so. The author very deliberately and continually mentions bisexuality; there’s even a moment when another character states that she hadn’t even thought of bisexuality as an option before Kevin labelled himself that way. That’s the kind of thing that is REALLY important, and it’s really effective in this novel. It kind of makes me wish I had a cute little romance like this with such an out and proud bisexual lead when I was young and impressionable.

Really this book could be seen as more of a bisexual coming-of-age novel than a supernatural romance, but then I don’t think Kevin or Morgan would agree with that (especially Morgan, he’s such a hopeless romantic). Seven Tears at High Tide may not be epic or grand or tragic like many supernatural romances, but it is lovely sweet (it will give you a tooth ache) story that was a delight to read.