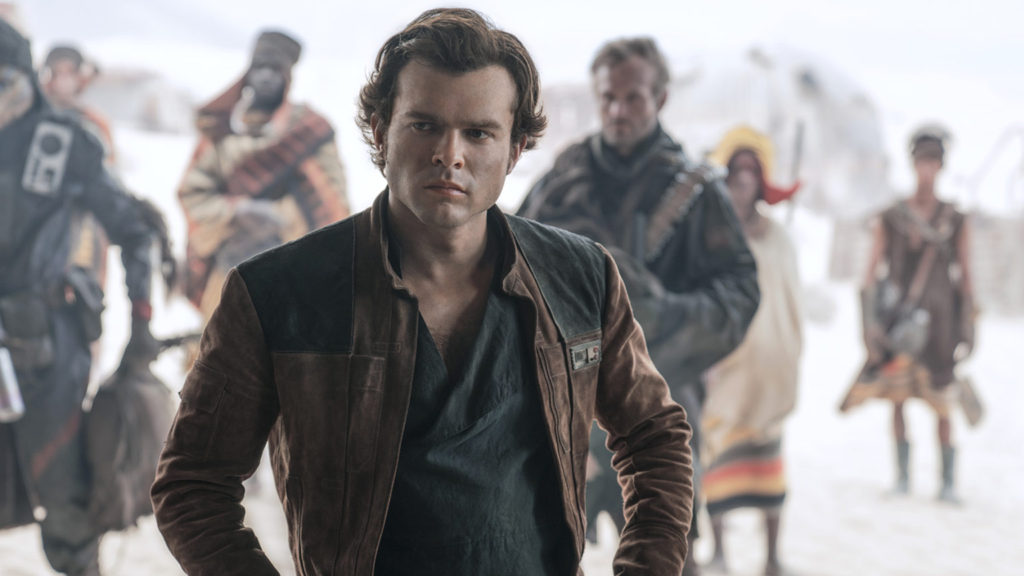 Low ticket sales for Solo: A Star Wars Story have made Disney decrease the film’s box office forecasts to a disappointing range of $105 million to $115 million for the four-day Memorial Day weekend. The international box office numbers aren’t great either, which (as a member of the foreign audience) I am not surprised by.

While the current box office forecast ($105 million to $115 million) is still a lot of money, keep in mind the studio’s previous forecast was of $150 million. Furthermore, Solo: A Star Wars Story is reportedly the most expensive Star Wars film produced under Kathleen Kennedy’s reign.

It was supposed to have a budget of approximately $125 million, but production issues and extensive reshoots added to the project’s cost. It is being reported the latest entry in the series will need to gross at least $500 million to break even.

Oversea box office performance hasn’t been great either. While the Han Solo-centric film did open at first place in many territories, it failed to make an impressive sum. According to THR, the movie is likely to see only an earning of $10 million over the weekend in China, a territory considered a very important overseas market by Hollywood.

Going over this weekend’s estimates posted by Box Office Mojo, Solo will top the box office but with a gross which might just give Kathleen Kennedy something to think about moving forward with upcoming Star Wars titles. The studio has already announced a Boba Fett movie.

I am not sure what resulted in such a performance. Some people think it is due to the boycott which fans hope will bring the good old days of the series back while some are of the opinion that no one really wanted a film about Han Solo in the first place.

Make sure to read our review of Solo: A Star Wars Story.

Do you have any thoughts about the film’s box office performance? Let us know.

Update: The introduction of this article has been edited for clarification.