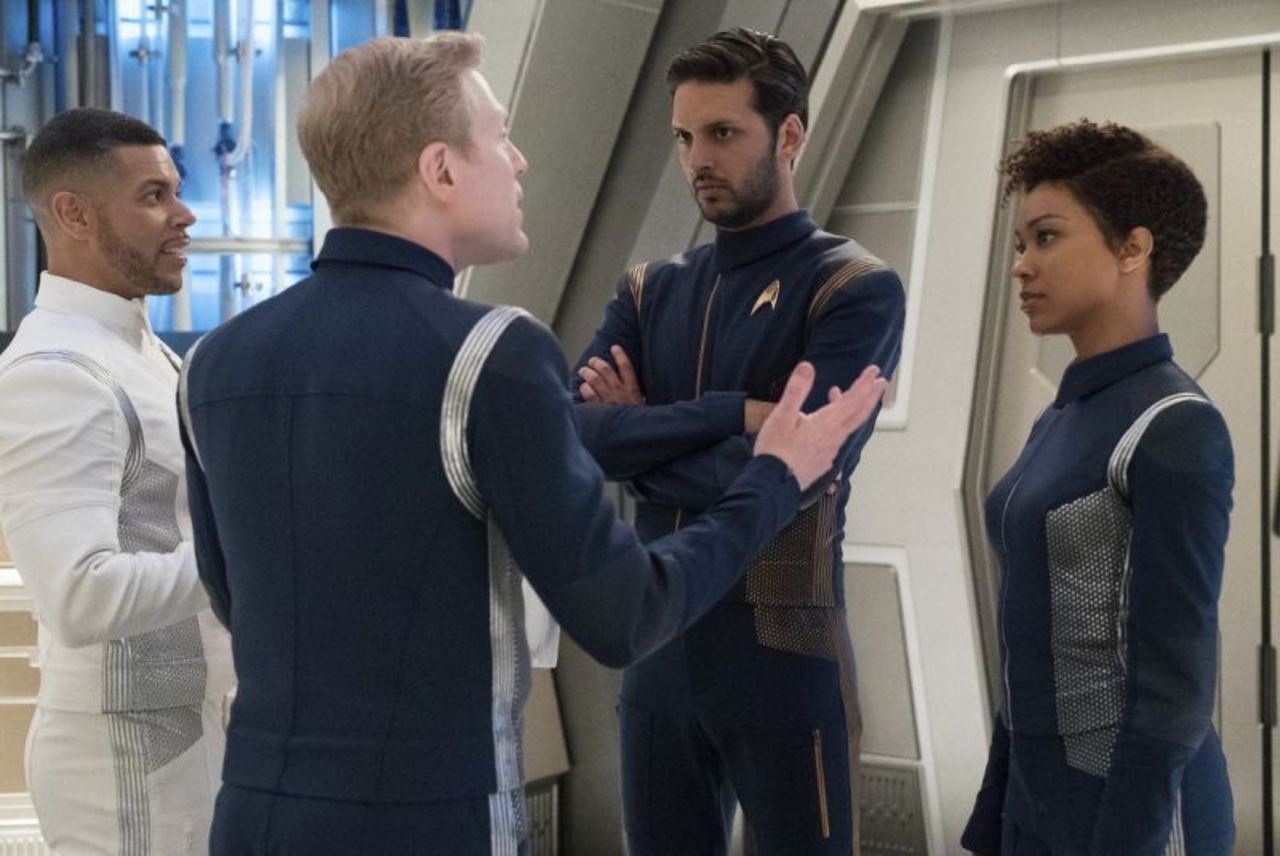 ‘Magic to Make the Sanest Man Go Mad’ seems to have been a hit with long time Trekkies, but it wasn’t my favorite at this point. It wasn’t bad; it just didn’t get me excited.

‘Magic’ takes on the trope of our characters being caught in a time loop, which seems to have been done in every science fiction franchise known to man.  Perhaps it’s the common trope that put me off.  The silver lining is that they used this trope to focus more on the characters rather than just showing the same loop over and over again in a repeating, plot-driven arc.  So despite the cliched nature of this structure, it was still refreshing on that front at least.

The central figure to the time loop was Stamets, who seems to be able to recognize that they are looping. This is likely due to his connection with the spore drive.  It’s altered his behavior, caused some weird whacky things to go on with his reflection, and now seems to be able to do things the average human cannot — like recognize time loops.  He’s altered in a very real way, and I’m fascinated by it.

I’ve got to admit, this review is difficult to write regarding Stamets because of the real world issues going on with actor Anthony Rapp right now.  I have so much respect for him as a person, and the inclusion of his character on this show has meant the world to me. But instead of bogging this review down with that issue, please head on over to my open letters to both Kevin Spacey and Anthony Rapp.  The fact that this episode included a line from Stamets about being who you really are just drives the point home that this is a significant role for the LGBTQ+ community, and I’m proud that Anthony Rapp is the one to represent us.

One of the other major pieces of character development seems to be the potential romance between Ash and Michael.  Romance subplots can throw me off sometimes.  It often feels forced. But if that Ash rumor is true, then it could actually be very interesting.  Romance without something impactful, whether its drama or some good old fashion hurt/comfort, can get rather boring. 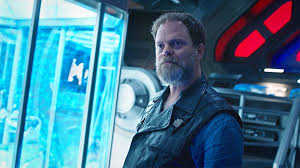 This week also brought the return of Rainn Wilson, whom Jason Isaacs lovingly calls a “scene-stealing maniac.”  I can see why.  Rainn’s portrayal of Harry Mudd is so enthralling that I often forgot that Lorca was even there.  I know we got to see Lorca die a lot, but outside that I really don’t know what he did.  It wasn’t his show this week, and that’s fine. With a true ensemble cast, sometimes other characters need to take a step back.

While ‘Magic’ wasn’t my favorite episode so far, it still wasn’t that bad.  It’s becoming clear that this is a character-driven ensemble and even these common tropes will be handled slightly differently.  I’m thrilled that even a “meh” episode can still get me excited.