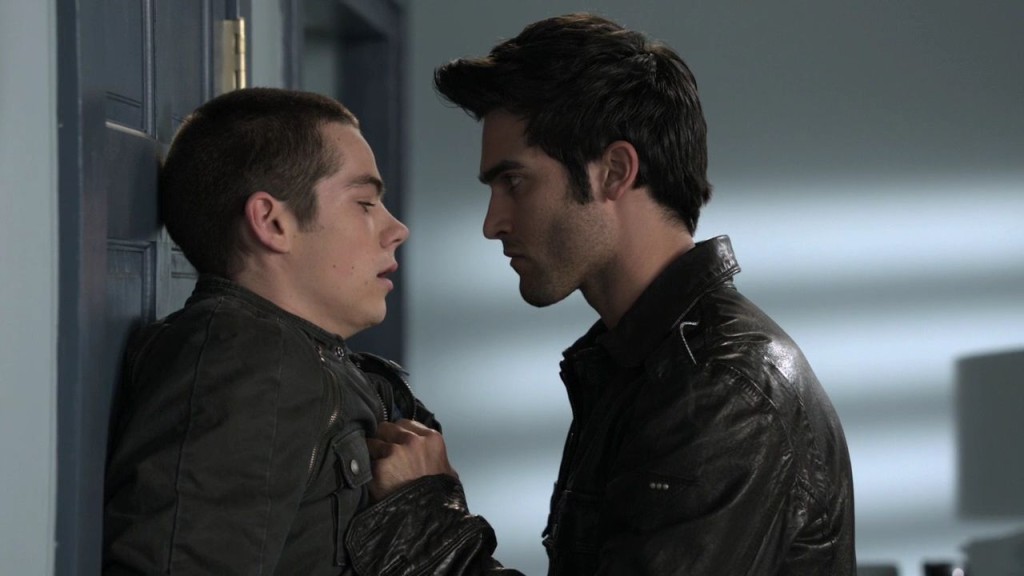 For years it has been very clear that one thing Teen Wolf can’t handle is being told that it queer baited numerous fans around the world. The awesome “Are They Gay” video analyzing Sterek ended up becoming the most recent target.

Many fans started watching Teen Wolf because of Sterek. The Stiles and Derek pairing felt like a beacon of hope for a sexually underrepresented demographic. It made sense for fans to invest in Sterek. Even the cast and crew were urging them, too. But things started to change once hints of queerbaiting started to pop up. Instead of accepting that they misguided their fans, people involved in Teen Wolf started to push them away. I guess they were hoping the show would continue being successful without Sterek shippers.

Unfortunately for Jeff and co., the Sterek shippers ended up creating their own fandom, separate from whatever mess continued to occur on the show. By the looks of things, Sterek will continue to prosper long after Teen Wolf ends with 6B this month.

The Sterek fandom is a delightful world to be in. While they support each other and create content, they also don’t back down from a fight. You try to tell them that they’re delusional and the show never queerbaited; they will come at you hard with all the receipts!

One such video that talked about the blatant queerbaiting on the show was created by AreTheyGay. If you had a chance to see it, you would know that the creator did a great job analyzing Stiles and Derek’s relationship. And yes, the conclusion is more or less that the show and its cast queerbaited a large part of its audience.

But as Teen Wolf wants nothing to do with Sterek shippers anymore, the video ended up being hit by Viacom. I hope the creator of the video finds a way to upload it on Vimeo or some other platform. It deserves to be seen. According to him:

I made a video about Stiles and Derek perhaps being in love. I worked on it harder than any other video, it took ten months to make, and I was really proud of it. I uploaded this video, and monetized it, knowing that it was Fair Use. The law says that you can use a piece of media for commentary, criticism, analysis, or for any “transformative work”. And yes, you can even use the piece of media if you’re still getting money. Immediately after uploading it, I got a an automatic content ID infringement notice. No biggie, this happens all the time. So I go through the appeal process, and Viacom says no. That’s fine, that’s happened before. I do the final appeal process, and they say no again. They give me no explanation, they just say “nope, the video isn’t Fair Use”. But it is, it clearly is. My videos are all in this format, and I’ve had no issues getting strikes. And now if I file a counter notice, it becomes a legal process, and I don’t have the time or money.

So, why Viacom? Is it because I pointed out the blatant queerbaiting and issues that I find with Teen Wolf? Is it because you don’t like that I suggested they could possibly LGBTQ+? I don’t know. But it wasn’t because I infringed on your content.

And what I find even more funny, is that the only time I’ve had to defend Fair Use this much was when I had an email battle with a British-Company-Notorious-For-Queerbaiting-That-Shall-Not-Be-Named. Two companies that were clearly involved in queerbaiting, that I pointed out queerbaiting against, have had issues with my videos. Is it just a greedy company that doesn’t care about fan content or the law? Are they afraid of what I had to say? I don’t know. I couldn’t tell you. All I can say is that I’m disappointed. Really disappointed.

I’m not surprised. Disappointed? Of course! Sterek shippers have not been ‘useful’ to the show for a long time now. I guess The Powers That Be now look at them as an annoyance that keeps yelling that they were queerbaited. I also think they can’t understand why these shippers are upset. It’s not like other networks haven’t been queerbaiting audiences for years. Something that was evident in Bryan Fuller’s speech while accepting the Outfest Achievement Award.

Times have changed. Fans have become more vocal about what they want and when they’re being baited by networks. Sterek shippers will continue to voice their opinions when necessary. The networks should get with the program already. Fans don’t take straight-washing and queerbaiting anymore. And rightfully so!

Did you see the Are They Gay Sterek video? Feel free to share any thoughts.