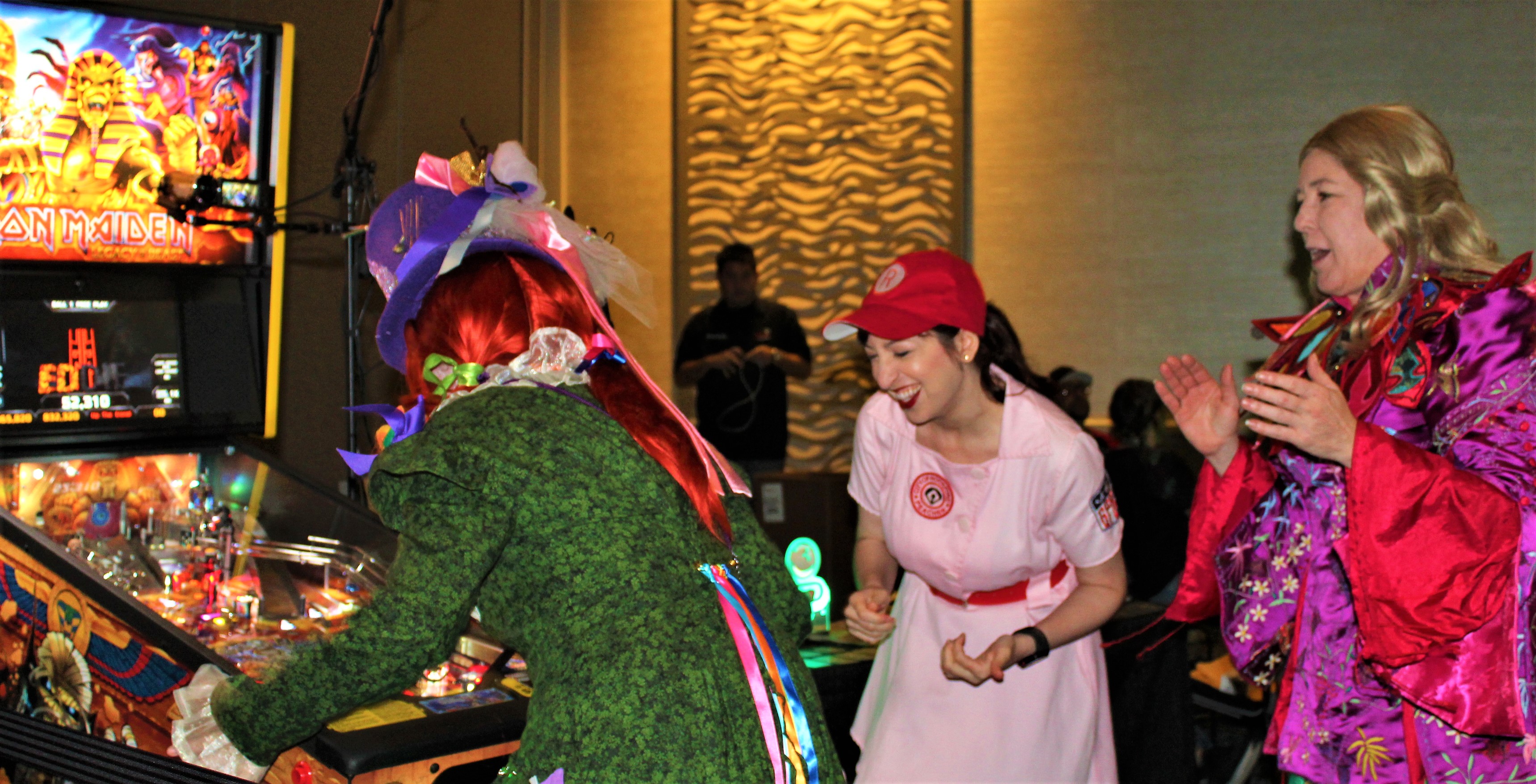 There’s a lot of incredible panels and guests at San Diego Comic Con, but that’s not all there is to see. Companies bring their latest and greatest toys for con-goers to play with. This year one of the coolest set-ups comes from Stern Pinball. They have a playable display in the Exhibit Hall, rock star signings (literally!) at their booth, and a free-to-play Pinball Lounge at the Marriott Marquis. 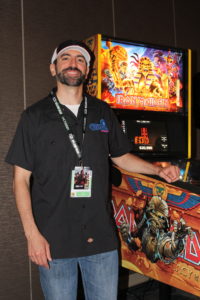 Stern Pinball, the oldest producer of arcade pinball machines in the world, is no stranger to SDCC. Last year they brought new machines featuring Batman and Star Wars. This year music takes center stage. Stern brought their new machine, “Iron Maiden and the Legacy of the Beast” to both the exhibit floor and the spacious Pinball Lounge next door at the Marriott. The Lounge also has a selection of popular games from lines like Star Wars, Marvel, and DC.

The new Iron Maiden game is pretty awesome. I made it through about four times yesterday and saw something new every game. It has enough sophistication of play to keep pinheads happy while the design engages casual players. Even the kids I saw playing were having a good time. On one machine, a 13 year old Mad Hatter and her family laughed their way through a roundtable tournament. On another, a dad patiently taught his young son how to play. By a super-cool Adam West Batman machine, I saw a group of teenagers who looked like they were just falling in love with pinball for the first time.

They aren’t the only ones. Pinball sales were up 40% last year over 2016, which had already seen a 40% increase over 2015. New arcades and members only arcade bars are popping up all over the country. Players like having access to a variety of games, which is a little hard for private collectors when pinball machines start in the $3-4k range. Stern Pinball’s Director of Marketing, Zach Sharpe, said one limited run machine sold for $65k at auction.

SDCC players don’t have to worry about bringing money, though. Both at the Lounge and on the floor, Stern Pinball’s machines are free to play. They brought enough that the lines to play aren’t long, either. I didn’t see anyone wait more than a few minutes for a machine to open up, though the new Legacy of the Beast did have a regular queue.

The free-play area is open at the Marriott Marquis Ballroom 14-16. Hours go from 10:00-7:00 PM Thursday through Saturday and between 10:00-2:00 PM on Sunday. Stern (plus their partners Nuclear Blast America and JSR Merchandising) have more going on in the exhibit hall if you don’t want to walk next door to the Marriott.

The group also put on the Testament concert we tweeted about last night at the House of Blues.

If you want to hit up the signings or grab some of the SDCC exclusives, booth #501 is easy to find near the A section in Hall H. There’s a few machines in there as well. The lines are longer, though. I really recommend the Pinball Lounge if you want to get in play time.

Stern doesn’t sell their pinball machines on site, but you can order your own through their distribution partner Orange County Pinballs.

Have you made it by the Stern Pinball Lounge yet? What did you think of the Legacy of the Beast? Share your opinions (and post your high scores) below!