The set up in Steven Universe is all too familiar in this age of superhero blockbusters: a supernaturally gifted team fights together to keep Earth safe.

Members include the strong, mysterious one, the neurotic strategist, the haphazard brawler, the empathetic healer, and of course, the Girl. But Steven Universe takes these tropes and turns them on their head: the titular character is the only male on the team, and his powers are mostly defensive (and pink to boot!) 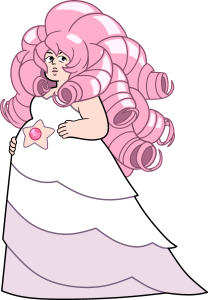 This Cartoon Network show is about a group of three magical ladies called Gems. They are the survivors of a long-gone army dedicated to keeping the planet and its residents safe, and the story picks up with their newest member, a young boy named Steven, coming into his powers and navigating life as the only half-human, half-Gem in existence. The dynamic between Steven and his team is further complicated by him being the child of the Gems’ recently deceased leader.

It’s true that Steven Universe is a feminist parents’ dream. It has dynamite body, racial, and sexual diversity, age-appropriate discussions of consent, and multiple non-nuclear family models, to name a few examples. But what makes it so exceptional is that these things are a mundane part of the universe; it never feels like an after-school special.

While the incredible representation is what drew me to Steven Universe in the first place, what made me fall in love with it was the lore and world building. The production crew leaves hints and clues so that viewers can put together the expansive and thrilling history of the Gems. We experience everything through Steven’s eyes, and while the pace of information can be deliciously frustrating, it is perfect for the target audience while also leaving the adults who watch the show desperate for more.

Steven Universe is also gorgeous, and hilarious, and can crush your emotions flat before you can say “Crystal Gem.” Another highlight is the music, a combination of multigenre showtune-esque songs and an “electro-cute,” video game-like soundtrack. The dedication and teamwork of the crew is evident at every level of production.

Besides being a general homage to the magical girl genre, a much beloved aspect of Steven Universe is its frequent references to anime, including Dragonball Z, Revolutionary Girl Utena, and Sailor Moon: 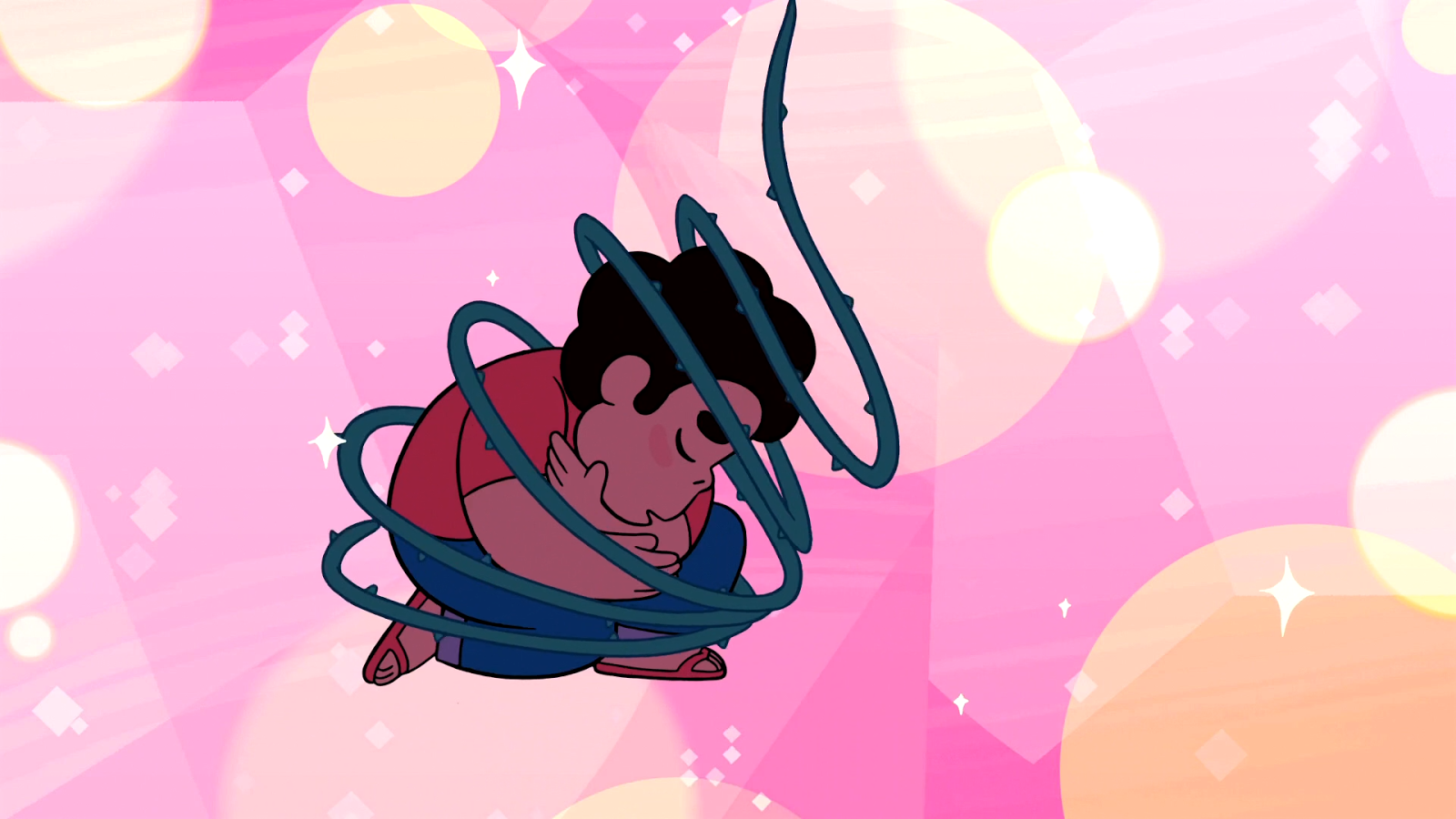 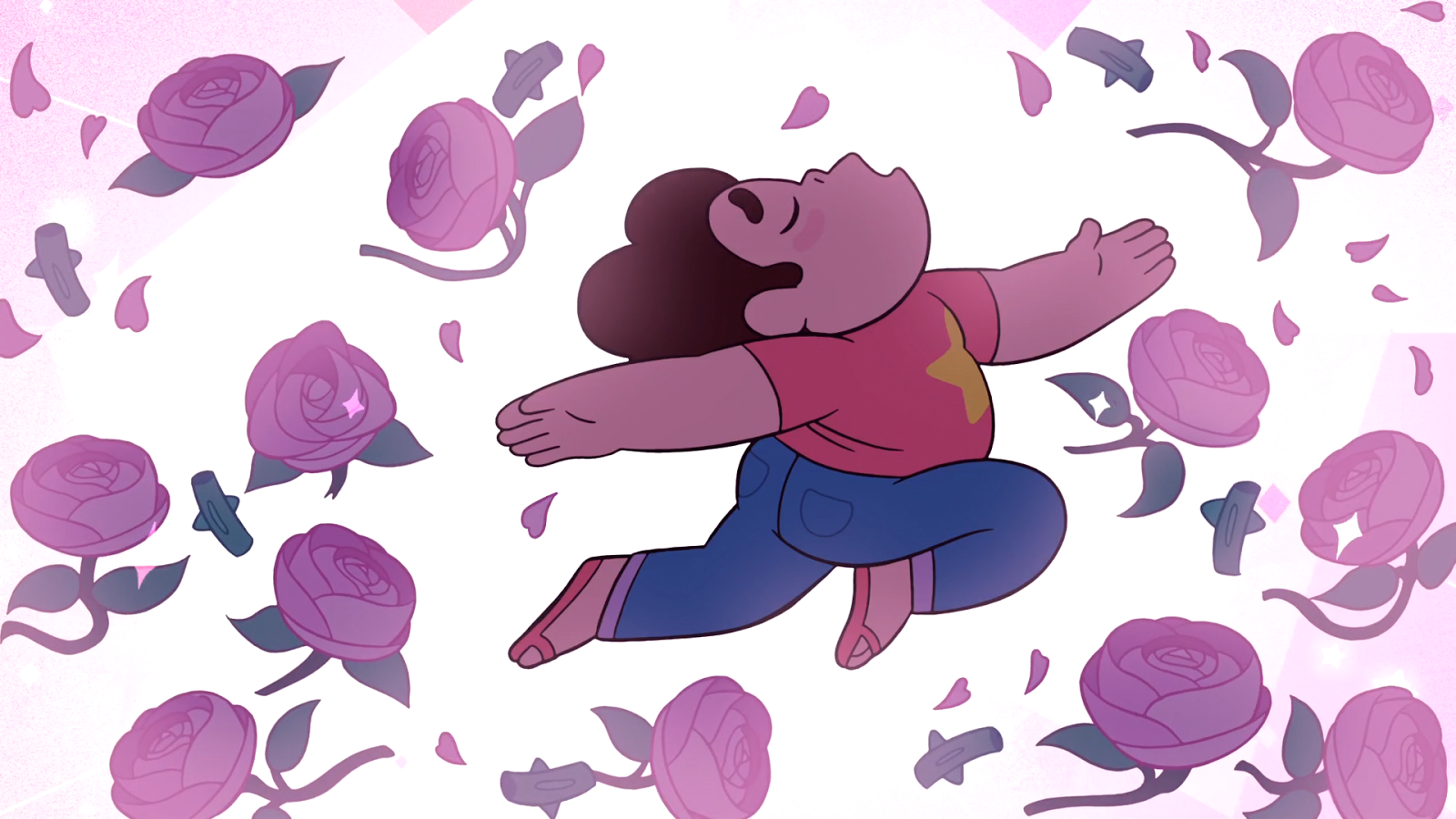 There is plenty of action, adventure, and monster-fighting in Steven Universe.  However, some of the best episodes are when Steven interacts with the colorful cast of humans who live with him in the tiny town of Beach City, Delmarva (a combination of Delaware, Maryland, and Virginia – the history and geography of Earth in Steven Universe has been altered by the presence of Gems). 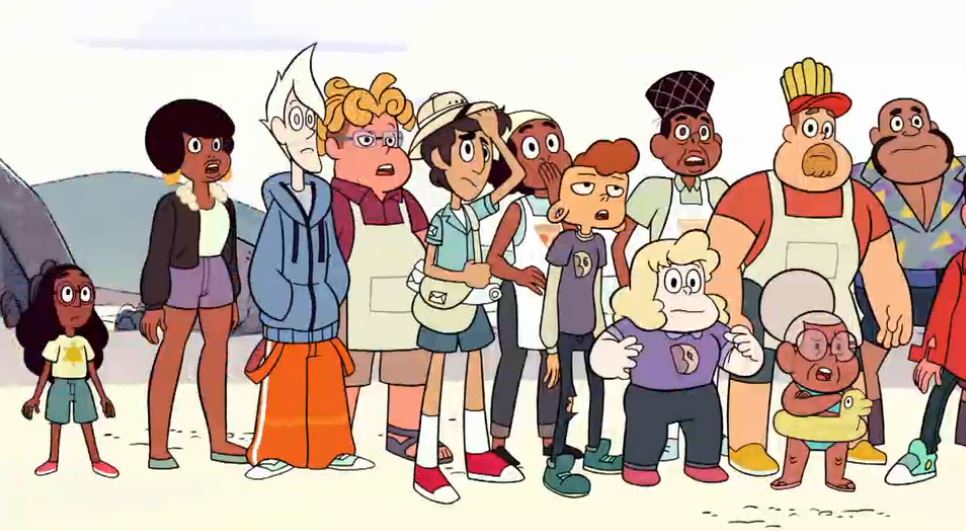 Like many television shows, Steven Universe goes through growing pains at its outset, especially the first twelve episodes. I usually urge people to look at them like one long pilot. Since episodes are only eleven minutes long, it’s not hard to power through (plus, once you get to know and love the characters, those early episodes become much more palatable). I have to recommend re-watching at least once – this show does foreshadowing in epic and exquisite ways.

It is unbelievably refreshing to watch a show where dynamic characters are good yet flawed people who love each other. Where redemption is always possible, and no matter how grim life gets, there is always fun and cuteness, and above all, love, to keep you going.

Previous:‘Sherlock’ Special Review: The Abominable Bride
Next: “Worlds of Ink and Shadow”: Just Because It’s in Your Head Doesn’t Mean It Isn’t Real