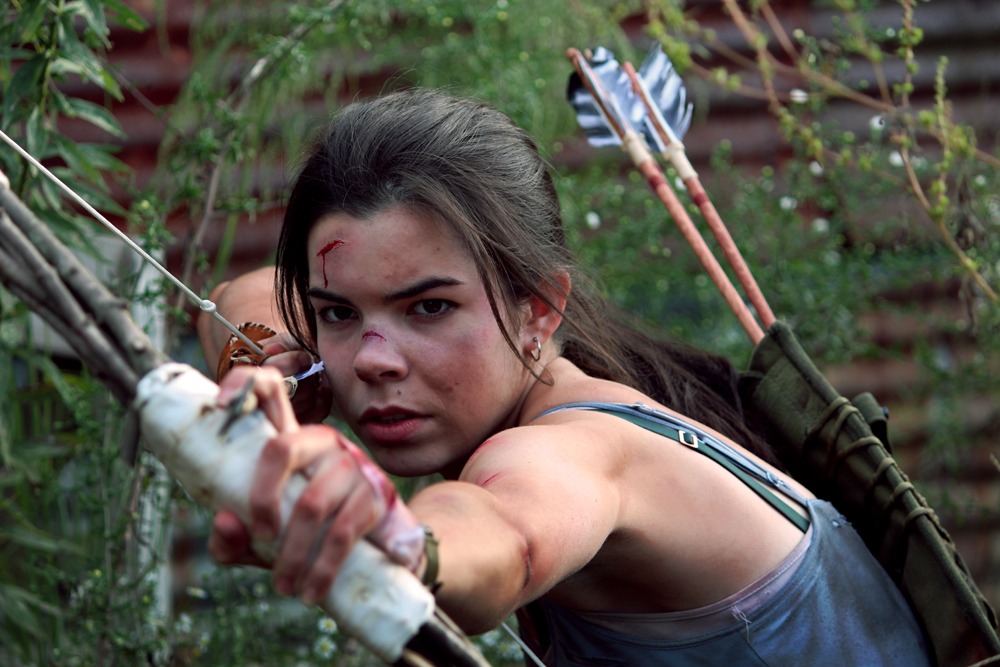 Welcome, welcome, one and all, to The Geekiary’s new Summer Cosplay Series! I’m going to try to bring you an interview with a different cosplayer every Friday for [at least] the rest of the summer, so if you cosplay or know someone who does, and you’d like to be interviewed for our series, please email me for more information. You don’t have to be a master of the art to be featured – we’re just looking for people who happen to cosplay, no special requirements involved! 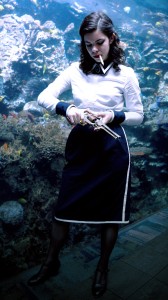 A: Hoo boy. I started cosplaying probably about four years ago, when I was in college. A bunch of people were heading to an anime convention for the weekend – Anime USA up in D.C., I think – and I had just replayed Final Fantasy VII for probably the fortieth time. The Turks were my favorite, so I threw together a costume with thrifted items, a hilarious wig, and a chair leg converted into Reno’s Electro-Mag Rod…in under a week. A few of the people I went to the con with had brought costumes with them, as well…ultimately far cooler and more phenomenal than my own, but damn if I wasn’t proud of that chair leg. I’ve always adored Halloween and cons seemed like the perfect place to carry on my love of wearing costumes!

A: My dad works in Props in the film industry, so I’ve always helped him build things and trick out the yard for Halloween (we’re those people). It seemed like a logical step to incorporate my work with power tools into prop-making! The first costume I ever made entirely by hand was for cosplay – I taught myself how to sew in the process, which was an adventure in and of itself, fraught with frequent needle-stabbings and fits of panic where I thought I’d never figure out how to use a pattern. I later took a costume construction course in college, which was an absolute godsend, and learned how to properly go about making garments.

A: Oh, wow. That’s hard! I’m in a BioShock cosplay group with some amazing people, and while I really like having a bunch of like-minded folk to frolic with, I’m gonna have to say that the newest Tomb Raider is my ultimate favorite. It was great fun teaching myself how to distress clothes, how to make a number of small, detailed props (she has so many more than I thought she did – I severely underestimated that when I decided to make this costume). I’ve also always been a huge fan of theatrical makeup – I’ve done theatre since I can remember – so going all out on the blood, bruises, and dirt made it that much more thrilling. 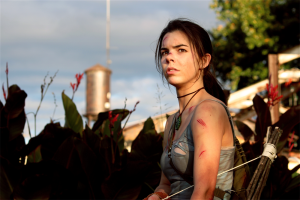 A: I’d go for the gold and make a Pacific Rim Jaeger.

A: I’ve constructed costumes for the drama department at a girls’ camp up in North Carolina (I was a camper AND counselor there for years), and I’ve worked in the costume shop at my university’s theatre; both experiences were amazing, especially the former, because the girls are always so excited to see what you’re doing and to come in for fittings, and it was nice to be able to share that with them – and teach some of them to sew in the process! 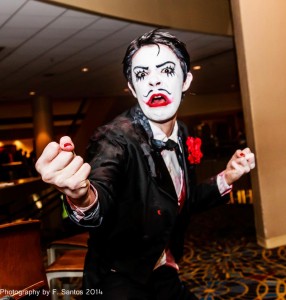 A: I blog a lot – probably more than I should – and I do a lot of art commissions and freelance work in film.

A: Cosplay [definitely] led to making props for friends. I did art for a long time before venturing into costumes, though – sewing is intimidating! But once you know how, you wonder why you were ever afraid of it in the first place.

A: Dragon Con is the best convention, all other conventions can go home. And I’m not just saying that as an Atlanta native, but really! I’ve been to loads of other cons up and down the east coast, and despite its overwhelming size and ridiculous attendance rate, Dragon Con has been one of the most welcoming, fun cons I’ve ever had the pleasure of attending. I wouldn’t recommend it to con newbies if only because it definitely is a little scary (just because it’s so big), but it’s a great time and I’ve met some of the most amazing people there.

A: Cosplay newbies: Don’t be afraid of the sewing machine! And please, dear God, please don’t be intimidated by those phenomenal cosplayers you see online or on television. Most of the time, they are literally just like you – they’ve just had years to work their craft, to network, to learn new methods and ways to build props and sew and tool leather. You’d be surprised at how most of them were when they started – unfortunately, we can’t all be like Neo and download these skills in a heartbeat. It takes time and effort (and money, sob)! It isn’t always an easy hobby, but when you put on your finished product you know it’s something you can be proud of, whether you supported another cosplayer by commissioning it from them, or if you made it yourself. 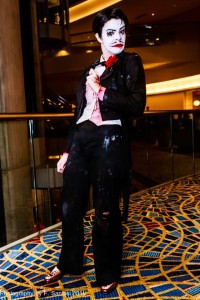 A: What needs to be changed about cosplay? The mentality that cosplay is only for skinny, conventionally attractive people. This is a serious problem that is bullying a lot of people out of the community or persuading them not to join in the first place – particularly online, where anonymous comments can be dropped about a cosplayer’s weight or skin color. Anyone can cosplay. Don’t ever let the fact that you don’t look exactly like the character you love so much dissuade you from being them for an hour, or a day, or a weekend. Another issue that is actively beginning to be addressed at conventions is that cosplay does not equal consent. Not now, not ever. I’m really glad that the community is taking a big initiative to combat this, particularly as someone who has been sexually harassed at cons because someone felt entitled to judge me by the costume I was wearing. Serious business here: Harassment is not cool. Don’t do it, and if you see it happening, don’t let it slide.

A: I have a couple moments, actually! I think the greatest compliment I got while wearing Lara Croft was when an off-duty EMT came up to me and asked if I had been in a brawl because my theatrical makeup looked so realistic. I had never been so thrilled to be covered in fake blood and bruises! The second is more recent – our BioShock group all got together for lunch while in costume and it felt like one big happy family. Cosplay has opened up so many exciting doors for me and I’ve met the most awesome people; I can only hope it does the same for everyone else!

You can find Alex – and more of her cosplay – over at her blog. Additionally, if you’re a Bioshock fan, please check out Team Bioshock!

Previous:Everybody’s Talking About MTV’s Fandom Awards and It’s Not Good
Next: The Legend of Korra “Book Three: Change” Ushers in a New Era