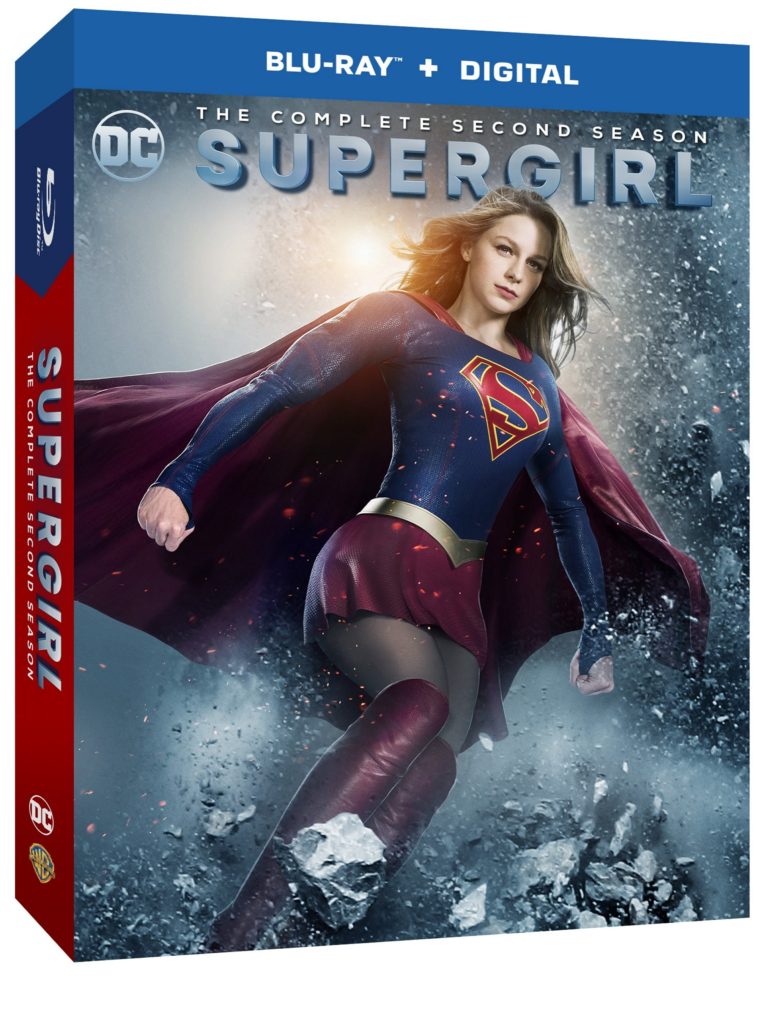 Supergirl season 2 was a season of introductions: we met Mon-El (who became Kara’s boyfriend), Maggie (who became Alex’s girlfriend), Lyra (who became Winn’s girlfriend)…and we finally got to see the Man of Steel himself as Superman flew into National City. You can now binge-watch season 2 on Blu-ray and Digital HD before season 3 debuts in October.

Having left the safety of being Cat Grant’s assistant at Catco Worldwide Media in order to figure out what she really wants to do, Kara Danvers (Melissa Benoist) continues to work with Hank Henshaw aka Martian Manhunter (David Harewood) and her adoptive sister Alex (Chyler Leigh) at the DEO as Supergirl – protecting the citizens of National City and searching for her missing father Jeremiah (Dean Cain) and the secret research lab Cadmus. Along the way, she will team up with her Kryptonian cousin Kal El – aka Superman (Tyler Hoechlin) – to battle new DC Super-Villains both terrestrial and extraterrestrial, as she strives to balance her personal life with friends/allies James Olsen (Mehcad Brooks), Winn Schott (Jeremy Jordan) and more with her busy life as a new Super Hero in SUPERGIRL Season Two.

In a time when you can marathon entire seasons of television shows on Netflix or Amazon, the main reason I continue to buy shows on DVD is for the special features, so I’m going to start there. The special features for Supergirl season 2 are actually pretty entertaining. There is approximately 107 minutes of additional content on the Blu-ray set, including:

I watched all of the special features, including the episode commentary. Watching the 2016 Comic-Con panel was a lot of fun, primarily because it took place right before season 2 started filming, and it was great to come back at the end of the season and see what was teased. For example, all we knew about Mon-El was that he was the guy in the pod at the end of the season 1 finale – we didn’t even have a name at that point. 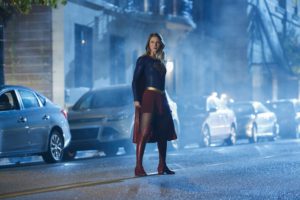 The “Alien Fight Night” featurette was great, because it offered insight on a particular episode, “Survivors“, and had the writers and producers discussing how they wanted to show how immigrants and people less fortunate can be exploited. The whole theme of Supergirl season 2 – indeed for the whole show, and the Superman mythos as well – is about immigration. Supergirl is an immigrant, and the aliens on the show are meant to represent immigrants. In “Survivors” in particular, they wanted to show how desperate people can be for a better life; they’re even willing to join underground fight clubs. It was also about how people will ignore injustices as long as they’re entertained.

“Aliens Among Us” was by far my favorite featurette on Supergirl season 2. This documentary, which was around twenty minutes long, not only talked about Supergirl and its theme of immigration, it also touched on the history of aliens in science fiction and how people became obsessed with stories about them.

“Did You Know” was a series of interview snippets with the cast and producers offering random tidbits about the show or themselves. For instance, David Harewood was adamant that his suit have a zipper so that he could go to the bathroom more easily, and Mehcad Brooks collects antiquities (like a deer-bone flute that is thousands of years old). I would have rather liked more of these, because they were very short. It was a little annoying having to play each one individually, as there was no “play all” option. 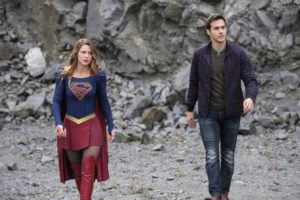 “A Conversation with Andrew Kreisberg and Kevin Smith” was a short featurette that may have been lifted from their episode commentary for “Supergirl Lives“. It’s only about three minutes long and is mostly Kevin talking about how he ended up directing an episode of Supergirl. The episode commentary itself was interesting, but there was only one episode of it. I’m a big fan of episode commentary, and in my opinion, not enough shows do this, and when they do they don’t do nearly enough. I love actor commentary especially, and I feel like that’s fallen by the wayside in recent years. This is off on a tangent, but there is one episode of Firefly that I can’t even watch normally anymore because I love the commentary so much (“War Stories”). I would love to hear the actors discuss their experiences, and pairing an actor with a writer or a producer offers a variety of insight. More episode commentary, please!

Along with actor commentary, all sets should include deleted scenes and a gag reel. Sadly, Supergirl season 2 had neither of those. Even with those glaring omissions, I still enjoyed the special features. The Comic-Con panel and the “Aliens Among Us” featurette alone are worth picking up the Blu-ray. (I actually bought a Blu-ray player specifically to watch this. Can you believe I didn’t already own one?)

I’ve already reviewed all 22 episodes of Supergirl season 2, so if you haven’t already, feel free to give those a read. With the Blu-ray, you can watch them all in glorious HD. The 4-disc set features DTS-HD Master Audio in English 5.1 with subtitles in English SDH, French, and Spanish. The video is in 1080 HD 16×9 1.78.1 quality. The Blu-ray set also comes with a redeem code for a digital copy, so you can take Supergirl and her friends with you anywhere.

Are you a fan of Supergirl? Will you be buying season 2 (or have you already)? Let us know!