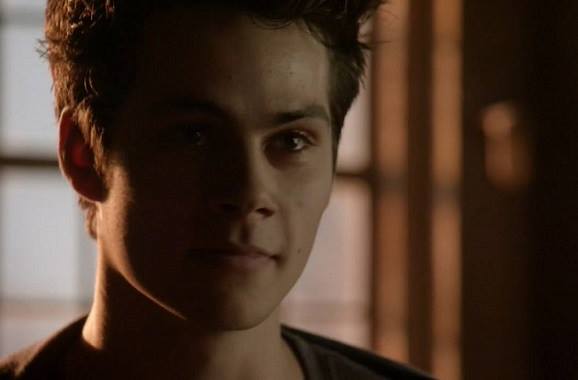 What the hell did I just watch?  These last few episodes have the feeling of 24, so much so that I expected to hear Kiefer Sutherland’s heavy breathing and the clock pulsing in the background.  This episode just felt like it was stalling, and I have a feeling next week will have the same effect.  It was an okay episode, but I just want to get to the finale where I feel all the actual important details will be.  To me, the pacing has been all wonky this season, which might be why I’m getting this weird cram-one-day-into-three-or-four-episodes-because-that’s-“exciting” vibe.  But before I rant any further, let’s see what I can make of “De-Void”. 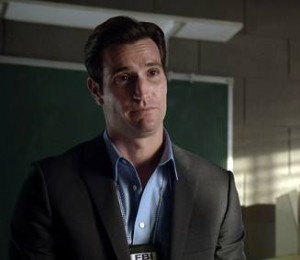 The thing that intrigued me the most about this episode was this terrible secret between Sheriff Stilinski, Agent McCall, and Melissa.  The writers have been hinting at this ever since Agent McCall was introduced, and there has been this thinly veiled tension between the three adults every time they’re on screen together.  Agent McCall was not a douche and actually helped the Sheriff keep his job.  I loved how the Sheriff was very matter of fact with the review board, saying, “Look, if you’re gonna fire me, then do it already.”  He had to stop Argent from putting a bullet in Stiles’ head and was probably panicking, thinking someone else was out there, ready to try again.  Ain’t nobody got time for review boards!  The fact that Agent McCall was willing to step up to the plate and bat for him was pretty cool.  But the conversation between them afterwards was frustratingly vague, the Sheriff urging McCall to tell Scott the truth.  In Melissa’s conversation with the nogitsune, it revealed that Stiles had overheard a conversation between her and his dad, and that the reason Melissa hasn’t shared this secret with Scott was because it would cause him to hate her.  After both of these conversations, my cousin and I were practically screaming, “TELL US WHAT IT IS!”  What could Melissa have done that is so terrible that it would cause her own son to hate her?  One of the theories is that Melissa and the Sheriff had an affair and that Scott is the result of that, but for me, that dog don’t hunt.  The Sheriff seemed like he was utterly devoted to Claudia.  I just can’t see him doing that to her.  Maybe it has something to do with the divorce?  Maybe he was willing to quit the FBI but for whatever reason, Melissa insisted they divorce and he agreed to take the blame for Scott?  This tiny plot point has been pestering me as much as the question of who will die by the end of this season.  And I better get an answer!  I don’t care if it’s in the last few seconds of the finale.  Scott and his dad can be having a heart-to-heart, his dad drops the bomb, and then they roll credits.  Just please give me an answer!  For once, Davis, just give us a straight freakin’ answer! 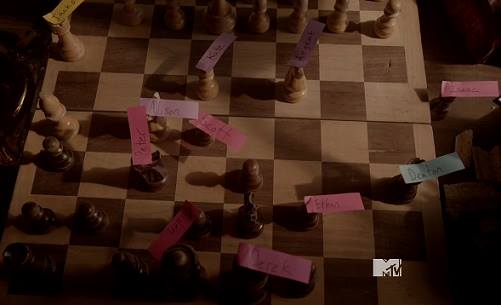 The possessions of Derek, Isaac, and the twins felt like white noise, just the nogitsune stirring up the hornet’s nest some more.  Like I said in the beginning, this just felt like stalling, dragging things out until the finale.  One thing that stuck out to me was Stiles’ chess board.  I want to know the significance of the it.  Is that Stiles’ way of trying to anticipate what the nogitsune will do next or is it a part of a larger picture?  And why is Derek the king?  According to Wikipedia, the king is the most important piece in chess, so it seems pretty significant and odd to me that Derek, not his best friend, takes that piece, Scott being merely a pawn.  I don’t mean that in a shipping aspect either.  There has to be a reason Stiles has those pieces labeled the way that he does.  And why are Kate and Jackson still even on the board while Isaac has been removed?  Are there any Teen Wolf fans that are chess aficionados as well?  What do you make of Stiles’ little game?  I feel like it has to be important, otherwise they wouldn’t keep showing it.

The end really took a nose dive into the psychological aspect and a page out of the Inception playbook, as Scott and Lydia decided to go inside Stiles’ mind to free him of the nogitsune.  Peter played a part in assisting them and, in the process of helping them, finally learned the identity of his daughter.  Malia has been MIA since “Echo House”, and I wonder if she’s going to show in either of the final two episodes.  We know she’s looking to return to her coyote form, and Peter always seems to be full of helpful tips.  Perhaps it is in that that their bond will be struck?  I think that they might wait for an explanation about how Peter and her mom hooked up in the first place, but I wouldn’t hold my breath.  When it comes to the Hales, Jeff Davis does not like providing answers, thinking he’s being “clever” in keeping things mysterious.  (Hint hint, Jeff…you’re not.)  I really liked that they acknowledged that even though Stiles is human, he’s still a part of Scott’s pack.  The wolf call was pretty awesome but…that had better not be how they save Stiles.  I want Stiles in danger until the last possible moment of this season, with all the hell the writers have put us through and how they have hyped up this possession story arc.  And if it is how they saved Stiles, I am going to be so pissed off because that was anticlimactic as all get out!  Now I’m not saying that was what happened.  The nogitsune still has Stiles’ form, so they have to still be attached somehow.  In the preview for next week’s episode, we heard it taunting Lydia that Stiles was dying so there must still be a connection present.  I know some fans don’t want it, but I really want them to change Stiles into a werewolf.  As we saw in “Riddled”, he already suffered brain damage.  It would be beyond ridiculous and not to mention pointless if they just magicked it away just because Stiles is no longer possessed.  And what about that stab wound to the gut?  Is that on Stiles or his new nogitsune doppelganger?  How deep did it go?  This spirit has not been easy on Stiles’ body, and that has to take its toll.  Just look at the way demons go through bodies on Supernatural.  The first Meg was in a ridiculous amount of pain and suffering by the time the demon left her body.  I want to see something similar with Stiles.  Hell, let Scott giving Stiles the bite be the cliff hanger of this season.  Can you imagine how epic that would be?

All and all, this was an okay episode.  As I stated in the beginning, the triangle between Melissa and the men was the most interesting part to me and I really hope that it is wrapped up before the season ends.  Next week’s episode looks to be filled with a lot more bangs and pows until we can finally reach the finale.  So what are your thoughts?  Did you enjoy “De-Void” or did it leaving you wanting?  What do you think Melissa’s big secret is?  What do you think is the significance of the chess board?  Whatever your thoughts, comment below and thank you for reading!