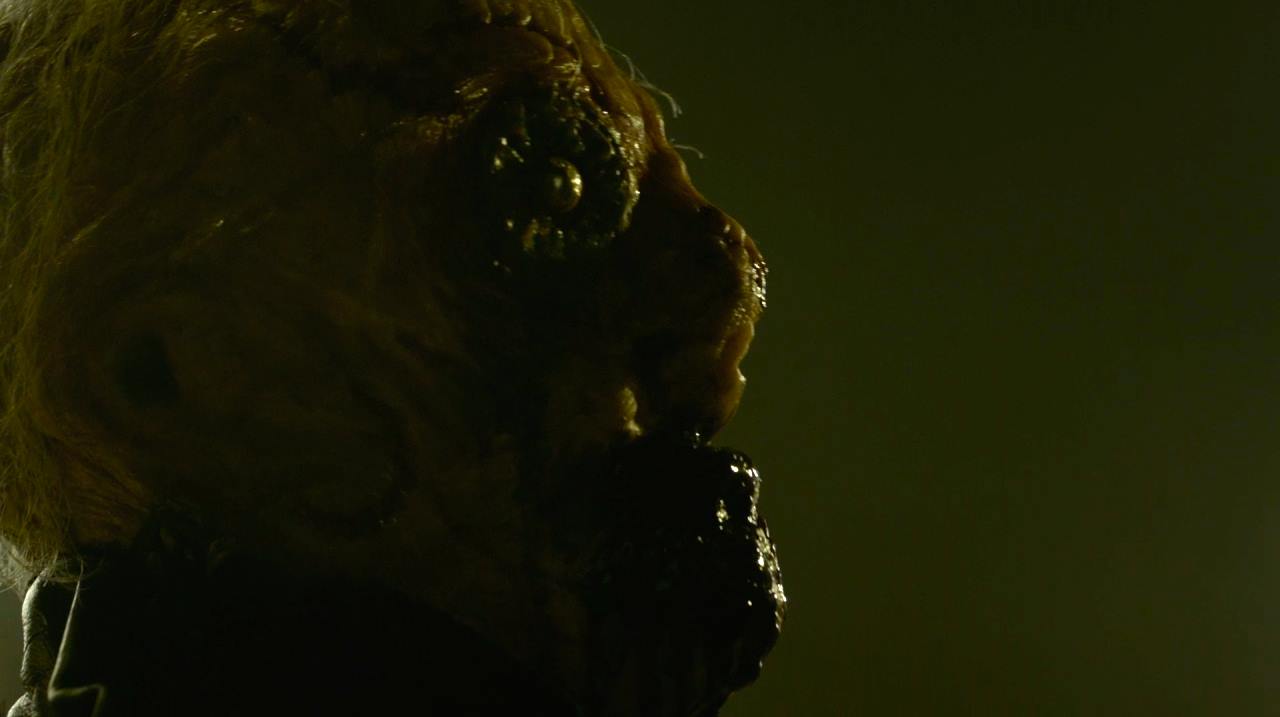 “Apotheosis”, the season five finale of Teen Wolf, suffers from the dizzy, multi-focused approach that the rest of the season has been building.

In a desperate attempt to tie up loose ends as satisfactorily as possible, “Apotheosis” shuffles from storyline to storyline so quickly that almost every single scene concerns a different subset of characters from the previous scene.

Malia and Braeden fight the Desert Wolf at Scott’s house; Scott, Stiles, and Liam take a wounded Dread Doctor to Deaton’s office; the power dynamics shift in Theo’s pack as Theo and Tracy consult Deucalion for guidance; Chris and Gerard Argent identify the maid of Gévaudan’s pike and try to help hellhound Parrish face the Beast (Sebastien, having taken over Mason); Kira gets help first from her father and then from the skinwalkers in reassembling her sword; Sheriff Stilinski tries to protect the station, specifically Hayden and her sister, Deputy Clark, from the Beast’s attacks. 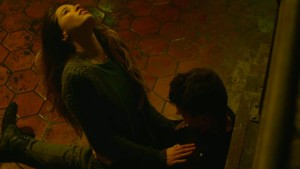 A culling of the cast is long overdue, but I confess to feeling more disappointment than relief when Theo killed Tracy for her kanima powers. Her death scene was weirdly sexual, but the true tragedy is how little her character had to do while she was alive. Deucalion suggests that a sense of powerlessness led Tracy to overcompensate when the Dread Doctors turned her into a powerful supernatural creature. If that sounds familiar, it’s probably because it’s Erica’s storyline in season two, and somewhat more thoughtfully executed, too.

Another downside to narrative multi-tasking is the “out of sight, out of mind” effect—characters and storylines from the past stay in the past, with too little time to talk about how their legacies may still affect the protagonists both practically and emotionally. So I was pleasantly surprised when Malia’s mother brought up Talia Hale and her efforts to help the Desert Wolf adapt to motherhood. The Hale family/pack are one of the most neglected storylines in the Teen Wolf canon, so any mention of them whatsoever is welcome; any moment when the characters acknowledge that they lived and mattered is fantastic. That’s especially true when it comes to Talia’s influence on Malia’s life. After all, we know that Talia removed the memory of Malia from Peter’s mind in an attempt to protect Malia and her adoptive family, and that she was an extremely influential alpha. It stands to reason that she would do her best to protect Malia from her mother as well as her father.

And Talia Hale isn’t the only past character who gets a much-deserved mention in this episode. As Sebastien wraps his hands around Scott’s neck to deliver the killing blow, he inadvertently accesses Scott’s memories, and sees flashes of Allison. Her striking resemblance to his sister, Marie-Jeanne, whom he loved even when they became enemies, causes Sebastien to lose focus and gives Scott’s pack an opening to defeat him. Even after her death, therefore, it is Allison who saves them all. This fact isn’t lost on our Scooby Gang, either. It brings them comfort and pride.

The only really frustrating thing about the episode is the same as the single most frustrating aspect of the season as a whole: the subjugation of Lydia. The idea of her using her vocal superpower to call out 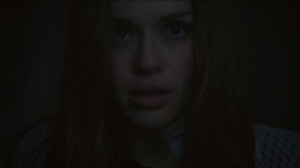 Mason’s given name and return him to his human form—an oft-forgotten part of the lycanthrope myth—is interesting, but the interlude in which Sebastien cuts her throat and sends her to the hospital is unnecessary. Hasn’t she suffered enough? Of course, every character has their trials and tribulations, but Lydia has experienced powerlessness and oppression disproportionately, and not just by one single foe. It is the narrative universe itself that oppresses her. She’s what TV Tropes (originally Xander Harris) calls the “Butt Monkey”: the character who is repeatedly and consistently the victim of the “put them through hell” plotline, the character who seems to have “a permanent ‘Kick Me’ sign attached to their backs.” This isn’t the most egregious of her victimization plotlines, but it might be among the most pointless. There’s so much going on in “Apotheosis” that this small snag feels like just that—a late-in-the-game obstacle that adds nothing to the narrative or to the characters’ arcs.

Still, maybe it’s nostalgia for the days when Allison and the Hale family were a major subject of discussion (strike that, it’s definitely nostalgia), but the episode wasn’t quite as pull-your-hair-out frustrating as some of the others in this season. Just ignore the things that don’t make sense (see also: Parrish’s origins as a hellhound, the relationship between Theo’s sister and the skinwalkers, etc.). It’s better that way. Save your strength, teen wolfies.

As the bigger plotlines come to a close (the Beast, the Desert Wolf, and Theo), I can’t help but hope that next season will return to the clearer, more streamlined storytelling techniques of the first couple of seasons. Teen Wolf needs a return to form, and now that our cast of central characters has more or less restabilized, the opportunity for a new beginning approaches.