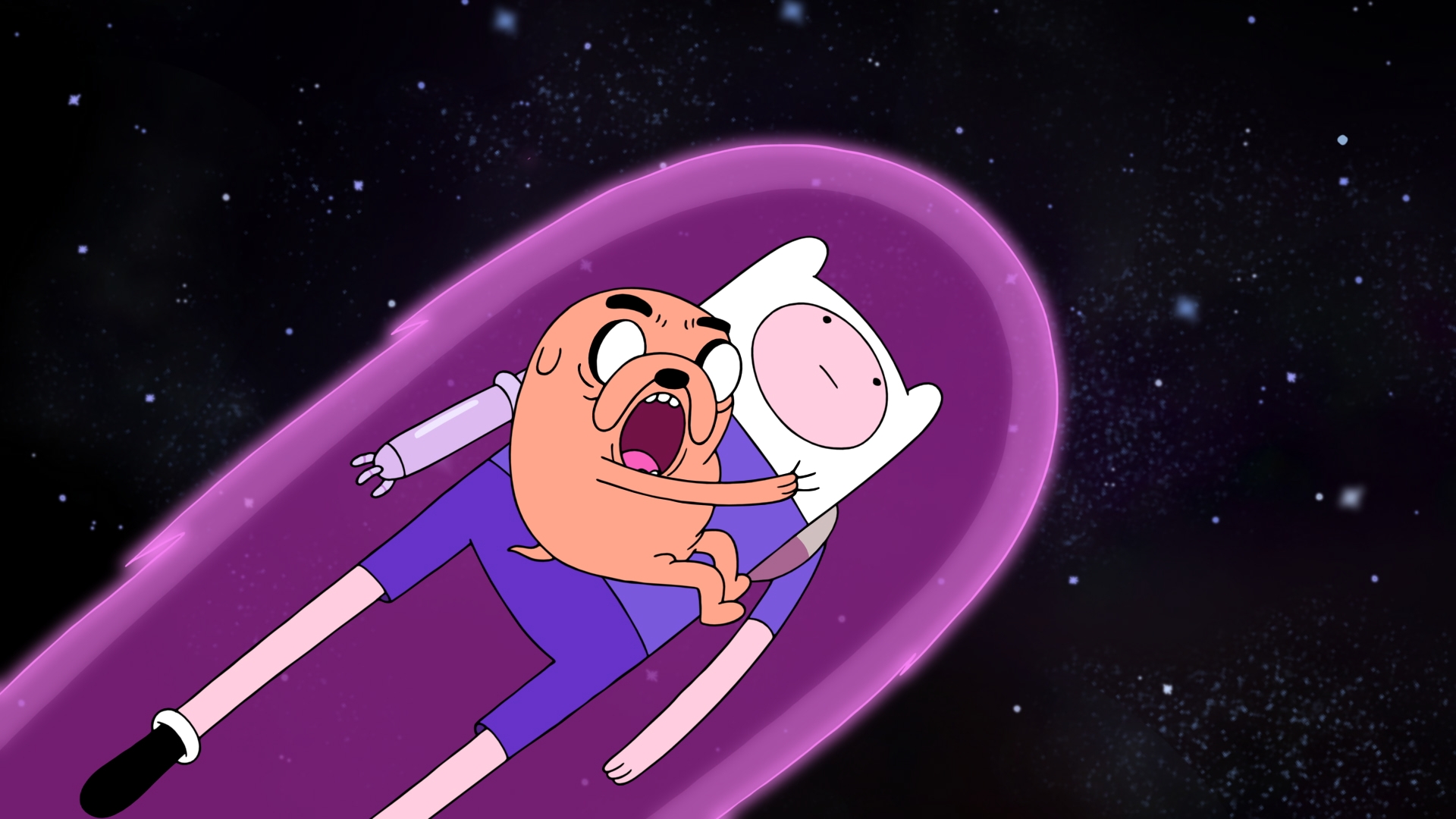 In “Temple of Mars”, a family can be be a talking dog, his alien-hybrid shapeshifting half-brother, and his other, adoptive human brother.

After a nightmare of Jake starving to death on an alien planet, Jermaine finds Finn, annoyed he isn’t more worried that Jake’s been absent for weeks. While used to his bro vanishing, Finn’s convinced by Jermaine’s prophetic dream, and realizes there is only one clear thing to do: Go to Mars! A nervous Jermaine can only tag along.

Mars is now governed by King Man, who is overseeing Magic Betty’s reformation, so you just know things are going to get weird. Betty’s been tasked with filling a massive hole with sand, one grain at a time. Apparently this will improve her empathy and cure her obsession with Simon. It’s not entirely clear how this will help. Furthermore, when it’s pointed out that King Man is to blame for giving her the ‘magical madness’ in the first place, he brushes it off. Maybe King Man isn’t as reformed as he seems to think.

King Man leads the group to the titular Temple of Mars, which will apparently calibrate itself so it can track down Jake. Plunging in, Finn, Jermaine and Betty are tasked with mind bending tests that in a normal narrative, would force them to think outside of the box and learn some sort of life-changing lesson.

But Adventure Time doesn’t do normal narratives, so the lessons these tests convey are inscrutable at best. They pass through a pond filled with frogs, who attack upon eye-contact. This would be easy enough to surpass, if Betty could stop herself from staring. They come to a chalkboard covered by a complex mathematical equation, which Betty begins working on. However, a sleeping owl-beast (the same one shown in “Graybles 1000+“– which perhaps wasn’t a future Ice King afterall?) keeps magically undoing her work. Finn climbs up to stop the snickering owl. The bow breaks and Finn falls onto the chalkboard, which turns into some sort of wormhole.

Throughout both of these excursions, Jermaine keeps trying to give advice, which is summarily ignored. It seems we’re building to some moral about learning to listen to him, but… Well. It’s unclear.

In the final task, they’re presented with a flashback. A young Betty is on the phone in her pre-war apartment, excitedly telling a friend how thrilled she is for her upcoming archeological excursion. It’s unclear whether this is a memory, a portal to the past/alternate dimension, or simulation. Magic Betty explains that the next day she met Simon, cancelled her trip, and started down this road which caused her current obsession.

Jermaine and Finn discuss with Magic Betty about how her obsession is hindering her. Past Betty used to be so filled with life, finding happiness and excitement independent of Simon. The two Betties even have a conversation about it. Finally, the flashback rewinds, Magic Betty willing her past self’s plane to leave that very day, creating a scenario where she never met the future Ice King. (Of course, if this had happened, Betty would have most likely perished in the oncoming nuclear war, but never mind that. It’s capital-S Symbolic.)

The vision dissolves, and the trio are confronted with Jake.

Considering the unlikely reality of what just happened, and Jermaine’s dubious expression when confronted with his brother, every instinct screams that Jake too is a vision. But nope! The group reappears back outside, King Man tells them they successfully calibrated the Temple of Mars, and Jake is back. We can only assume he’s telling the truth, or else one of the show’s protagonists is apparently starving to death off-screen.

King Man asks Betty if the vision taught her a lesson. Betty declares yes, it has. She’s realized she needs to take inspiration from the past version of herself… to put even more effort into curing Simon.

The recurring theme of “Temple of Mars” was people being given advice, and then summarily ignoring it. With Betty’s pronouncement that she’s also found a way to save King Man’s dead wife Margles– and the episode’s final shot of his shocked expression– we’re wondering if he’ll ignore his own lesson too.

It looks like we’ll be getting a resolution to both these plot points very soon, but “Temple of Mars” leaves me worried that whatever choices the characters make, it might not be the right one.