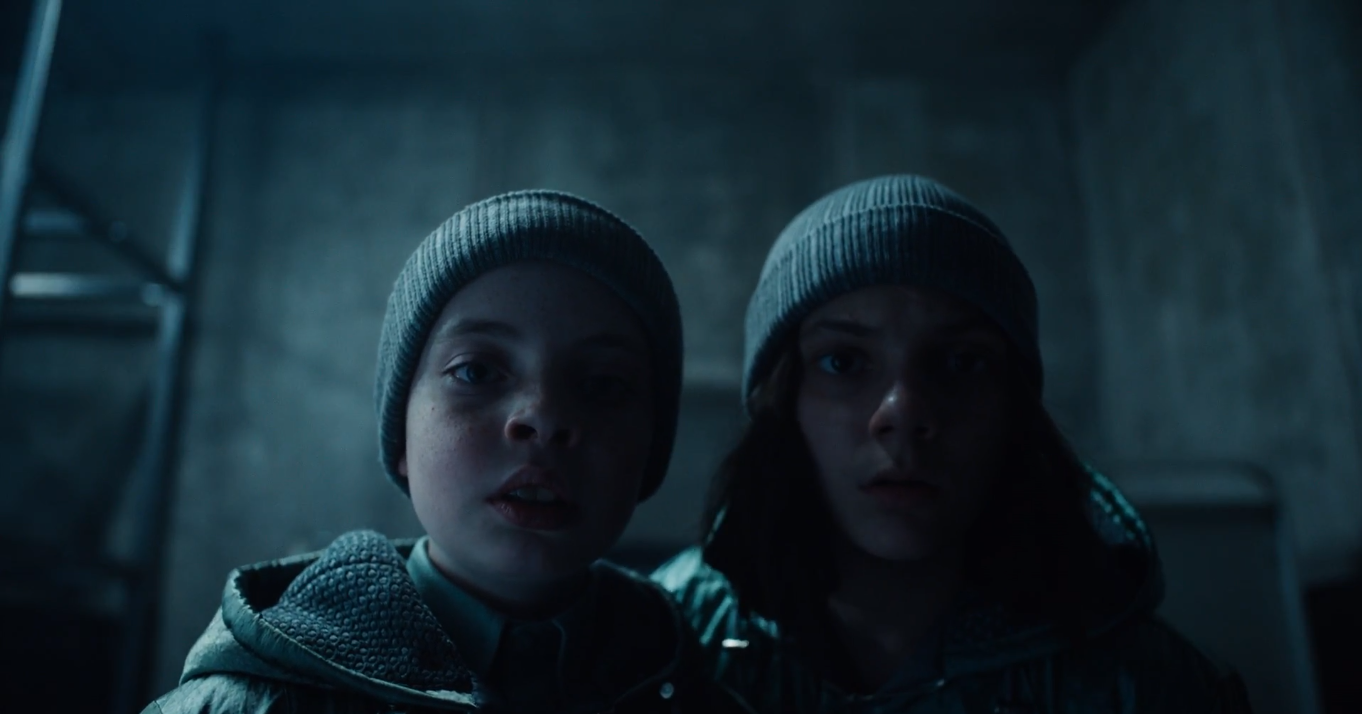 “The Daemon-Cages” may very well be the best episode of His Dark Materials (so far), but it also continues to ignore what is arguably the most important aspect of the series – the relationship between a human and their Daemon.

I’m really enjoying His Dark Materials. This show is hitting most of the points necessary to be considered a great adaptation but is sadly lacking in one fundamental aspect: I’m just not buying the human/Daemon bond. I mentioned this in my review of “The Lost Boy”, because the relationship was a crucial part of the plot of this episode, and it didn’t deliver. I know CGI is expensive, but Daemons are literally a manifestation of the soul. They are a part of their humans, and their connection is pure, emotional, and so incredibly important. “The Daemon-Cages” was the perfect opportunity to showcase this, and it failed miserably. 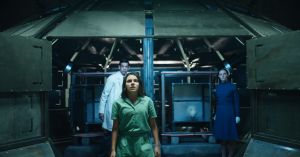 When Lyra and Pan are placed into the cages, they know what is coming. They know they’re about to be severed from each other, and they saw what happened to Billy Costa and the other kids. They know that it’s like having a piece of yourself removed. But when Mrs. Coulter arrives in time to rescue them, and they’re removed from the cages, they don’t cry, or embrace, or even go to each other. Pan even lingers in his cage while Lyra goes to dramatically stare at Mrs. Coulter. The intercision scene is a pivotal moment in the book, but in the show, it just felt lacking.

It’s too cold, too flat. Lyra and Pan scarcely interact and almost never touch. Pan should be as big a character as Lyra and they’re not utilizing him well at all. It’s extremely disappointing, because it seems to indicate a lack of understanding of the emotional core of the entire series. It’s almost as though the show considers them to be inconveniences getting in the way of the story it wants to tell, and it stops this show from being phenomenal. It’s good, and I like it, but it could be so much better.

While we’re on the subject of disappointments, the climactic battle between the Gyptians and the Tartars felt a little too neat. They’ve repeatedly emphasized how well-entrenched the Tartars are in Bolvanger, how good their defenses are, and how the Gyptians are essentially walking into a bloodbath. But when the Gyptians storm the facility (which doesn’t happen in the book), they are met with little to no resistance. They are easily able to overcome the Tartars and rescue the kids. Iorek, who was brought on this expedition specifically to fight against the Tartars, has very little to do, while Serafina is almost comically overpowered.

That said, this was probably the best episode of the season so far. They did well to focus most of the action on Lyra, only cutting away occasionally. By having most of the episode set in Bolvanger, it helped establish the oppressive atmosphere and quiet dread of the facility. The music highlighted the atmosphere well, especially at the beginning when the little girl was led to the cages. This whole episode gave off a big Doctor Who vibe. 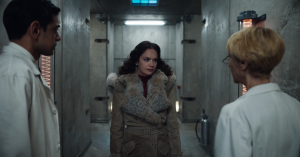 Ruth Wilson continues to amaze as Mrs. Coulter. She really knocked it out of the park this episode, from her lightning-fast change in demeanor to crouching on the desk like a monkey after climbing out of the vents. You almost feel bad for her at multiple times during the series, and in “The Daemon-Cages” in particular. She is exceptionally good at manipulation, even to the point of manipulating the audience. Her narcissism and selfishness are pervasive enough that she is fully convinced that her way is the only way, and everything she does is in response to that. She is one of the more haunting villains in popular culture because she exists in real life.

I liked the addition of Lyra and Roger finding the severed kids, as well as near the end when the Gyptians immediately embrace them. Despite the overall absence of the human/Daemon bond, the scene with the severed Daemons banging their heads against the walls of their cages was a nice touch. I loved the interaction between Lyra and Iorek when he saves her. (“What took you so long?” “Nice to see you, too, Lyra. You’re welcome!”) The machine imploding was very well done. The cliff ghasts were sufficiently creepy – thank you for the impending nightmares. 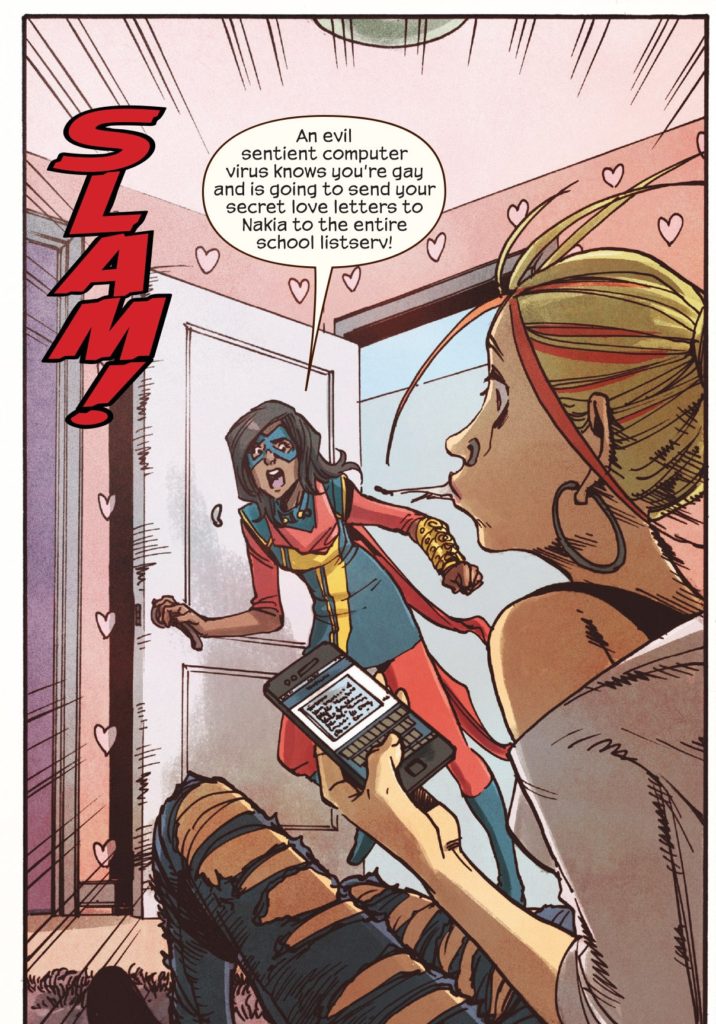 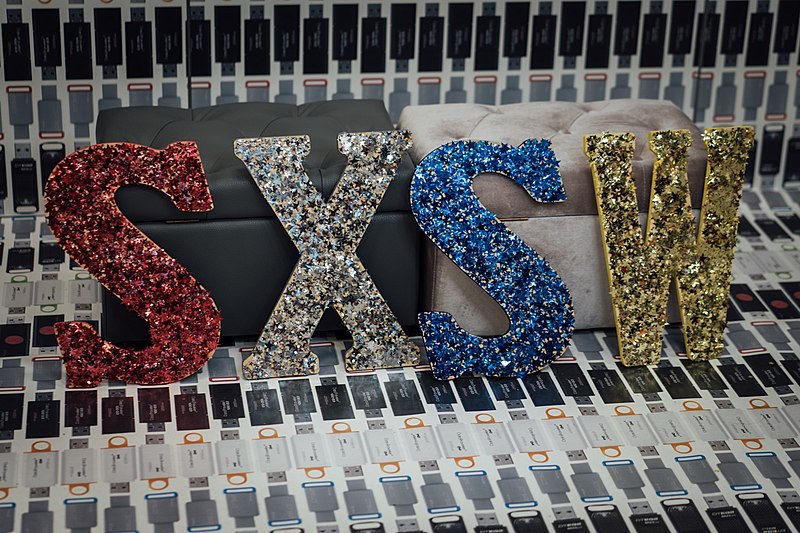