His Dark Materials 1×07 Review: “The Fight to the Death” 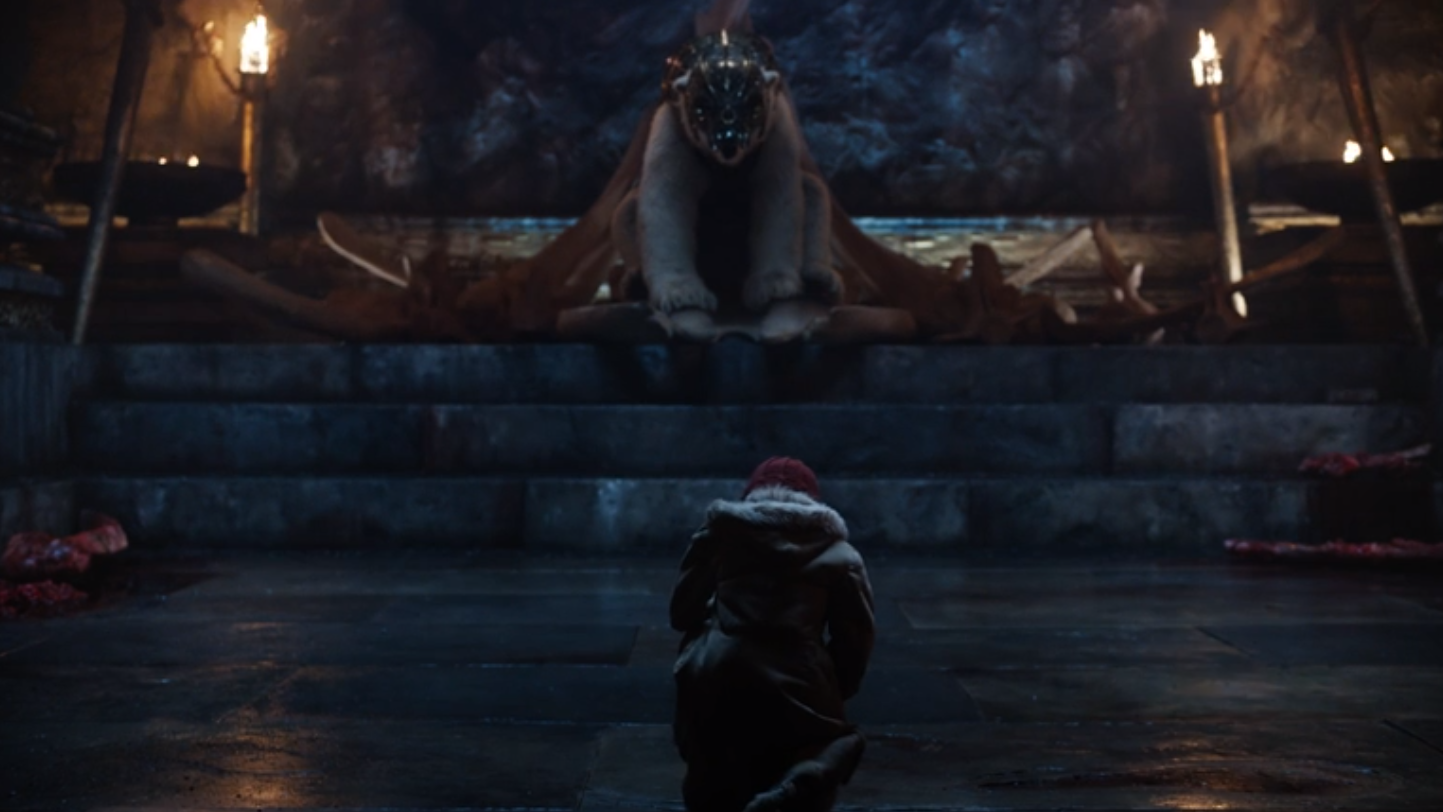 For the most part, I’ve been enjoying this season of His Dark Materials. Yes, I wish there was more emphasis on the relationship between humans and Daemons (since it’s sort of the whole point of the story), but in general, this has been a pretty stellar adaptation. “The Fight to the Death”, however, massively missed the mark on one of the most anticipated scenes of the series.

The titular fight in “The Fight to the Death” happens when there are still twenty minutes left in the episode, when Iorek and Iofur battle each other to rule as King of the Armored Bears. This scene is the best moment in The Golden Compass, the widely-panned 2007 film adaptation of the first book, and dare I say, the film did it better. It started out pretty great – the effects were very impressive, the music and choreography were more intense, and it had more blood. It was a nail-biting scene, even if I knew the outcome already. But then they barely indicated that Iorek was faking an injury to trick Iofur and focused on Lyra crouching in fear while Iorek finished off Iofur in the background, and that’s where the scene let me down. (Actually, it let me down when the Armored Bears didn’t fight in their armor. They specifically reference that a bear’s armor is like its soul. If they fight without armor, then what is the point?) If you’re going to commit, commit to it. This is not a happy scene, this is not a happy series, and they had to know what they were taking on when they chose to adapt it.

Another criticism of this series is that it does a lot of telling and not showing. For example, when Lyra is in the cell at Svalbard, she mentions that Iofur wants to be human more than anything. She would have no way of knowing this in the show, but the book talks about how the bears were very much attempting to act like humans (I believe they walked on two legs instead of four, among other things). Then when Iorek reclaims his throne and talks about a return to bear ways, it doesn’t make any sense in context. Pan is pretty much only there to exposition dump. (I mean, Lyra fell out of a freaking balloon and they don’t even check to make sure the other is okay.) I feel like the telling versus showing gets a little bit worse every week. 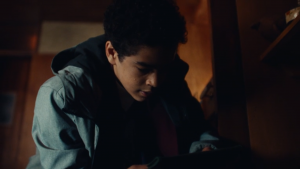 Also, as much as I appreciate that they introduced Will early enough in the series that we’re not completely blindsided when he shows up in The Subtle Knife, after several episodes of men creepily watching his house, I think they brought him in too early. They didn’t need this many scenes to set up the situation, and establishing what’s going in our world took away from what’s going on in Lyra’s. I’m very pleased with Amir Wilson’s performance (and Nina Sosanya as Elaine), and I’m glad to see him, but it would have been better if they’d introduced him later and given his plot a tighter narrative. There’s no reason to keep cutting away for ten seconds to show Boreal staring out a car window for the umpteenth time. 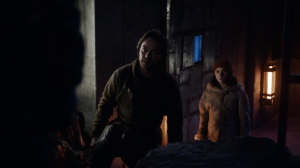 One thing this series absolutely nailed is the casting. I cannot give enough compliments to Ruth Wilson for her stone-cold performance as Mrs. Coulter. She has not been subtle with her portrayal, but it was another level in “The Fight to the Death”. When she chokes Sister Clara almost to death, she looks genuinely horrified at her behavior once she “realizes” what she’s doing, but she is very quickly cruel and closed off again. Major props to James McAvoy as well. He’s not been in the series as much but he is absolutely killing it as Asriel, particularly in this episode. His reaction to Lyra showing up at his laboratory, then the hungry way he looks at Roger, were just top-notch. In the book, I don’t think I caught on that Asriel had nefarious purposes, but here it’s obvious he’s doesn’t have good intentions.

I don’t mean to be entirely negative in my reviews. As I said, I am a fan of the over concept and production of this adaptation, and in general, the episodes are good. But they could be better, and it’s hard for me to focus on the hits when the misses involve events that are so important.

Have you seen “The Fight to the Death”? What did you think?

Previous:Haikyuu Chapter 377 Manga Review: “The Return Home”
Next: About The ‘Star Wars: The Rise of Skywalker’ Tweet Regarding Queer Representation