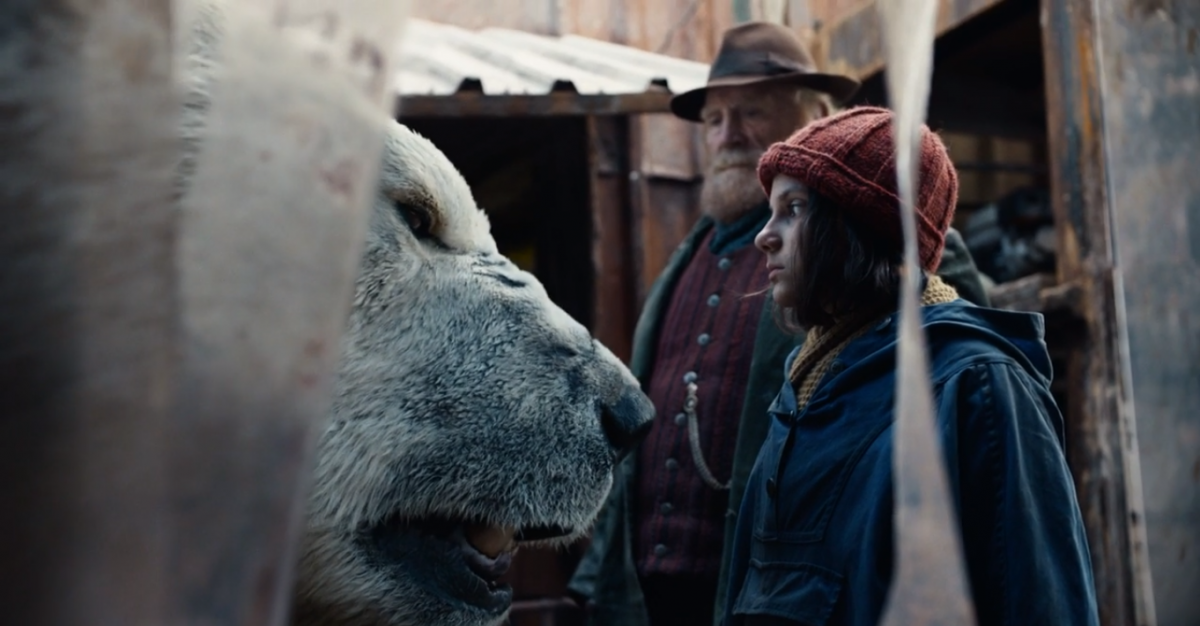 There could not be two episodes more opposite in tone than “Armour” and “The Lost Boy”. Nonetheless, these are two very important episodes for the story, introducing both core characters and important plot points. Both of these episodes have amazing moments, but at the same time, certain aspects fall drastically short.

In “Armour”, we meet both Lee Scoresby (Lin-Manuel Miranda) and Iorek, two of my favorite characters from the series. In “The Lost Boy”, we finally find poor Billy Costa and learn what Mrs. Coulter and the Oblation Board are doing with the kidnapped children. We also meet Will (Amir Wilson) much earlier than I expected, and spend more time with him than I thought we would at this point in the story.

Iorek is just as dangerous and imposing as I pictured him. He sounded like a badass fighting bear, and when he burst out of the church in his armor, he was absolutely terrifying. Not to mention, the CGI is quite impressive; he looks 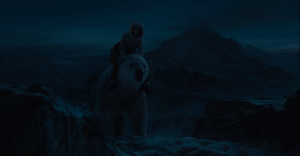 very much like a bear, but they’re still able to give him such a range of expression. But Miranda’s portrayal of Lee is not exactly what I expected. I know there was some criticism when he was cast, because he has a different kind of energy from book!Lee (and Sam Elliott is honestly the best you’re ever going to get for that character) but I actually very much like what he’s doing with the role. He’s made Lee into kind of a Han Solo character – a charming rogue who isn’t very likeable, but you can’t help but like anyway. Miranda and Dafne Keen have great chemistry. And with Lee comes his hare Daemon Hester, who is just fantastic. I loved how she was helping him fight by calling out instructions.

Speaking of Hester, a criticism of this show that I’ve mentioned before that is even more important after “The Lost Boy”: I don’t think His Dark Materials has done a very good job of showing how vital the relationship between a human and their Daemon is. They’ve barely hinted at the fact that there is a limitation of distance – which is actually 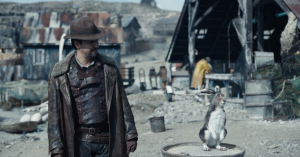 very important later – and by showing Billy as just basically completely out of it after losing his Daemon, it sort of lessens the effects of what actually happens. Losing your Daemon is like losing a piece of yourself, and you fixate on that missing piece. In the book, the boy they found (who was not Billy) had a dead fish that he was treating like his Daemon. That scene really emphasizes the importance of that bond and highlights the horror of what Mrs. Coulter is doing, and so far the show has not been able to showcase that. The build-up of that scene was really good, but no one seemed horrified and repulsed enough that he didn’t have a Daemon.

I really love this show. I think it’s a good adaptation, and it’s doing so many things right, but it’s failing in this one crucial aspect. It sort of feels like the show is missing its soul, since they seem to be fumbling one of the most important parts of the series. It’s hitting all the major plot points, but the emotional connection is lacking (at least on the Daemon front), which is preventing it from being as amazing as it could be.

That said, there are still moments that are absolutely nailing it. Yes, they could have done Billy’s severing so much better, but that scene when his mother told him, “Go to Ratter,” has me tearing up even now, and his funeral pyre was so haunting and well done. The Coram/Serafina scenes in both “Armour” and “The Lost Boy” were incredibly well-acted by all parties, and is making me feel more for a relationship I didn’t particular linger on when reading the books. I loved the inclusion of the scene with Mrs. Coulter and Iofur, which is an expansion of something we’re simply told in passing in the book. 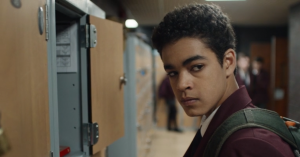 Now, Will… I have to talk about Will. Wilson is phenomenal; I was sold on this kid in seconds. I am really excited for him to really come into the story. However, considering his mother is not well (so likely not working) and they get such a small stipend from his father’s estate, what the hell were they thinking putting him in a house like that? This is a working class family likely struggling to get by, and that place was much too fancy for them. Anyway, yes, I may be in the minority on this, but I like the introduction of Will early. As I mentioned in a previous review, meeting Will now helps meld the first two seasons together much better. It was very jarring, when reading the books for the first time, to switch to a completely different character to start out with.

What did you all think of “Armour” and “The Lost Boy”?

Previous:Is Go in “Pokemon Sword and Shield” Anime Supposed to be Queer?
Next: Batwoman 1×8 Review: ‘A Mad Tea-Party’