The Expanse at NYCC 2019: The Universe Just Got Bigger 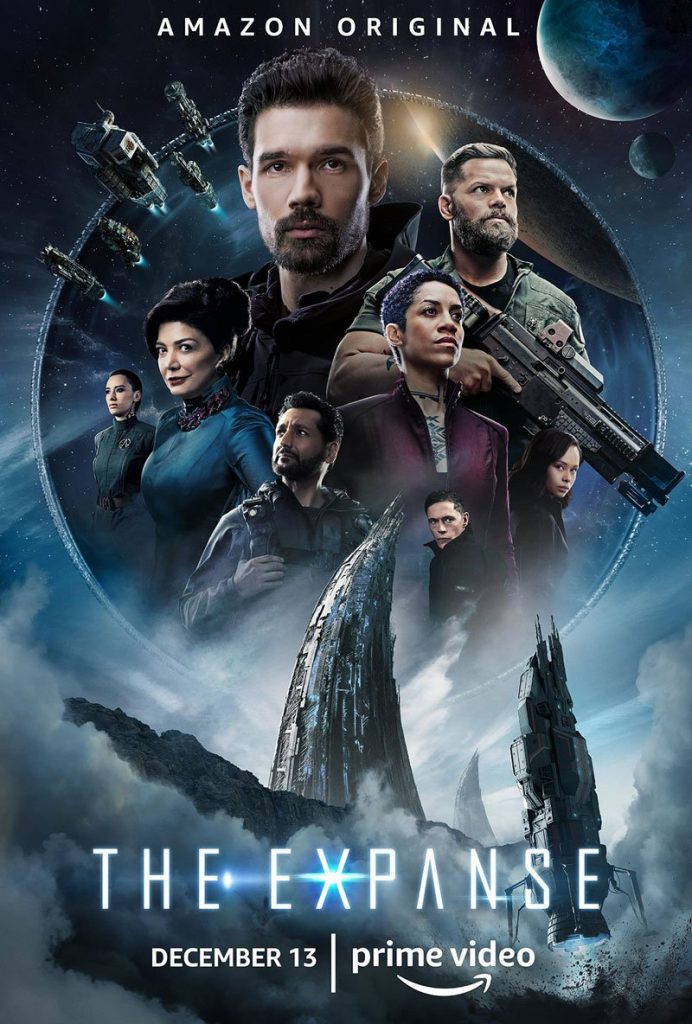 It’s finally happening, y’all! After an uncertain hiatus due to being cancelled by SYFY and picked up by Amazon Prime Video, The Expanse will be back for season 4 this December! I was fortunate enough to talk to the cast of The Expanse at NYCC 2019 about the upcoming season.

It was difficult to miss The Expanse at NYCC 2019. From the character posters displayed around the convention center to the activation in the Crystal Palace that allowed you step onto the Rocinante (and get a Belter tattoo that stayed on my arm for almost a week!) to the star-studded panel on the Javits Main Stage where they premiered the first episode of season 4, Amazon pulled out all the stops to promote the popular show. I’d say it wasn’t necessary, as the series has such a passionate fanbase, but after such a long absence from the airwaves and the move from cable to streaming, it certainly doesn’t hurt to get the word out that the show has a new home.

Steven Strait (Holden), Wes Chatham (Amos), Dominique Tipper (Naomi), Cas Anvar (Alex), Shohreh Aghdashloo (Avasarala), Cara Gee (Drummer), Burn Gorman (Murtry), and showrunner Naren Shankar participated in the panel as well as popping by to speak to the press. I was fortunate enough to be on the red carpet prior to the screening and Q&A, so the cast had to be very wary of spoilers as they talked about their characters’ arcs in the upcoming season, the move from SYFY to Amazon, and why they believe The Expanse has resonated with such a large and enthusiastic fanbase.

I sadly didn’t get the chance to speak with everyone, but check out our interviews below!

The Expanse Season 4 premieres Friday, December 13, 2019, on Amazon Prime. This gives you plenty of time to re-watch the series and refresh your memory about what the heck is going on before diving back in with the crew of the Roci!

Previous:Promare To Return To Theaters For One Day Only