The Geekiary’s Tribute to Leonard Nimoy 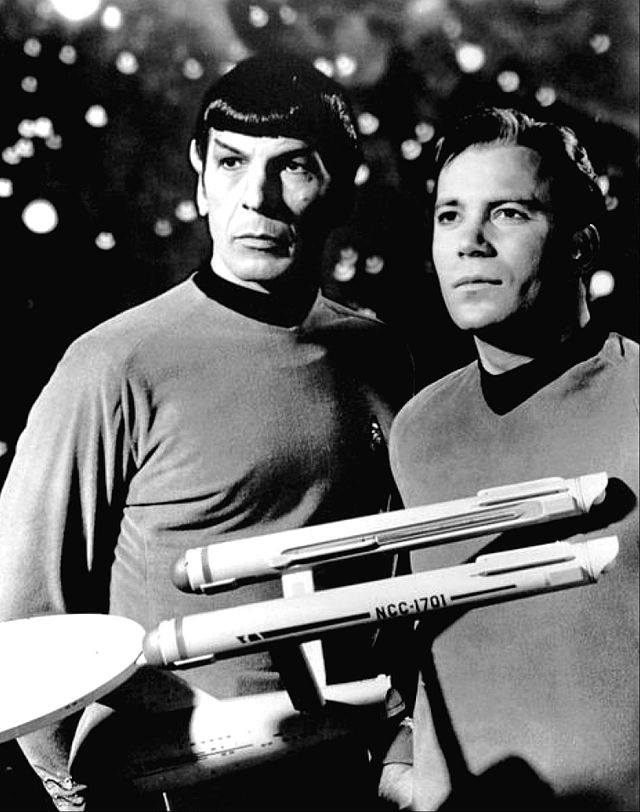 Fans all over the world are mourning the loss of actor Leonard Nimoy who inspired multiple generations with his portrayal of Mr. Spock on Star Trek, as well as for his work in charity and supporting the arts.  The “honorary grandfather” to geeks left an impact on so many people, from astronauts to science fiction fans and everyone in between. Born March 26, 1931 in Boston, MA, Leonard Nimoy started acting as a child in local theater. He appeared on a number of television shows such as The Twilight Zone and Perry Mason. His role as the Vulcan Mr. Spock on Star Trek, which ran from 1966-1969 on NBC, and in the Star Trek movie franchise, is his most recognizable. He left his distinct mark on science fiction drama Fringe, playing the scientist William Bell. He was also an accomplished photographer. You can see some of his photographs here.

Some of us at The Geekiary put together our thoughts about Leonard Nimoy, Mr. Spock, and his legacy while trying not to cry at our keyboards as we typed. 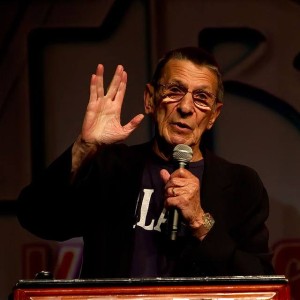 Jessica Halladay: I grew up watching all of the Star Trek series with my Dad. He loves them all.  I was never a big Star Trek fan myself, but it was something he and I always did together, like watching the Mets games on TV.  I’ve come to appreciate what Star Trek is and what it means to so many people the older I’ve gotten. I’m thankful for the experience now.  So, when I heard of Leonard Nimoy’s death, on my Dad’s birthday no less – it hit me hard – harder than I was expecting.

I called my Dad to get a little of his thoughts on Star Trek and what it means to him.  He said it was fun watching it with the family even though he was the only person in the family who was actually a fan of the show.  His mother definitely couldn’t understand watching a show that was so unrealistic. (And not a Western!) My parents watched together before I was born after my Mom got home from working at the hospital in the evenings and that’s one of his favorite memories. My Dad always enjoyed the camaraderie and the way the characters cared about each other. Kirk and Spock were his favorite from the original series.  Dad enjoyed Spock’s friendship with the rest of the crew. He mentioned how Spock always hid his emotions, but really did care.  Dad didn’t mind watching the repeats. Star Trek was something he always enjoyed even though he never went to any of the conventions and the only merchandise he has is a key chain I bought him of the Enterprise.

I’ve cried more than once since I’ve heard the news. My heart breaks for William Shatner as well, someone who I have personally interacted with more than once on Twitter.  Leonard Nimoy meant so much to so many people for many different reasons. He inspired many generations and he will be missed.  He lived long and prospered.

Angel: The only Star Trek series I’ve seen all the way through is TOS, and that’s primarily because of the characters, particularly Spock.  Not only was he an interesting character, but the dynamic between him and Kirk created something that, to borrow a phrase, was absolutely fascinating.  Spock has inspired many conversations about the nature of humanity, philosophy, and even real life STEM studies.  The cultural impact he’s had on the world is undeniable.

Nimoy’s continued appreciation for fans of the series over the years also caught my attention.  For me, fan interaction is extremely important and his dedication to keeping it up despite his age and ailing health is remarkable.  In fact, his ongoing health problems inspired him to encourage his fans not to smoke.  Many quit because of his encouragement.  If Spock tells you to stop smoking, you stop.

This loss is a huge blow to science fiction fans such as myself.  He’s a legend.  He and Spock are cornerstones to the science fiction world and his impact will live on for a very long time.  LLAP

Dot: I wasn’t born yet when Star Trek had its original run. When it went into syndication, I used to watch with my dad, who loves science fiction and fantasy. We also share our fascination with space exploration. I must’ve been about 6 or 7 when I first saw Star Trek and immediately latched onto Leonard Nimoy’s portrayal as Spock in particular. I was fascinated with his eyebrows. Spock has been, and will always be, my favorite. He’s my dad’s favorite too and we were both saddened to learn of Leonard Nimoy’s death.

Star Trek introduced a whole world to me, in its celebration of space exploration, its vision of a more progressive future, and the bonds between the crew members of the starship Enterprise. Mr. Spock’s eyebrows, his fondness for a logical approach to problems, and his outward emotional control masking the great heart and strong feelings beneath fascinated me. Star Trek, and Mr. Spock, has stayed with me over the years, through the various TV series and through movies.

In his life beyond Star Trek, Leonard Nimoy showed us the importance of kindness, and moved us just by being Leonard Nimoy. He entered my fandom life again more recently with his memorable portrayal of William Bell on Fringe, another genre show that, like Star Trek, showed us so much about ourselves and celebrated scientific curiosity, while Fringe also dug into the cost of exploration (and scientific hubris). It seems like Leonard Nimoy has always been there for us.

One of the ways we can honor Nimoy’s memory is by donating to the charities suggested by his family here. We lost a great person and icon in the Sci-Fi community. Leonard Nimoy will be greatly missed, but will not be forgotten. Like Leonard McCoy said in Star Trek II: The Wrath of Khan, “He’s not really dead as long as we remember him.” Please feel free to share your thoughts and memories in the comment section below.