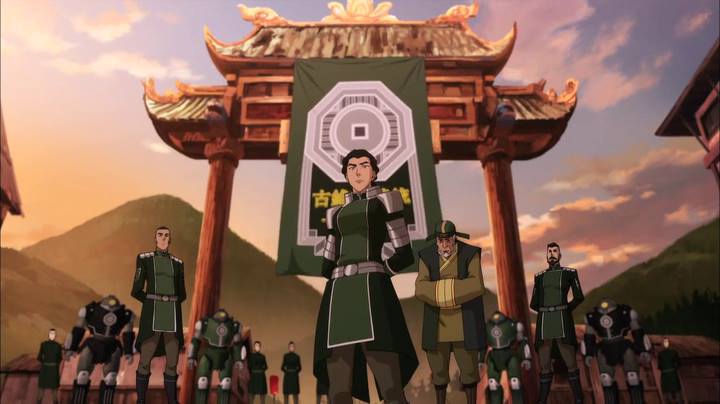 It has begun Avatar fans, the final book in The Legend of Korra series is here. I’ve got conflicted feelings right now. A part of me wants to see Korra’s story get some closure, while the other part wants the series to go on for another two or three years. I need my Avatar fix!

The last time we saw Korra she had sustained physical, psychological, and spiritual injuries because of Zaheer, the antagonist of Book 3: Change. The premiere of Book 4: Balance started a with a three year time skip. I liked that the writers choose to do that because it forced them to tackle more mature plotlines and give Korra time to recover. A lot changed during the three years. One of the best things was the Republic City Park being renamed as Avatar Korra Park. It felt right because it was the place Korra first visited when she came to Republic City back in Book 1. Our female Avatar needs all the recognition she can get because of all the sacrifices she made. I also liked how humans and spirits had found a balance when it came to living together peacefully.

Team Korra also went through some changes. Asami built a railway that connected Republic City to the Earth Kingdom. Mako was responsible for protecting Prince Wan, the heir to the Earth Kingdom throne. And Bolin joined Kuvira, a female character we saw in Book 3. It seems that even after three years the situation in the Earth Kingdom hasn’t stabilized. Kuvira took on the name “Great Uniter” and forced various Earth Kingdom nations to pledge their loyalty to her. I think she wants to bring dictatorship to the Earth Kingdom. I immediately hated her character but was impressed by her bending skills. Bolin also joined her army but I think he doesn’t know what Kuvira is really up to. Varric, Julie, and Opal’s brother were also with Kuvira. Only time can tell where their true loyalties lie.

The Air Nation has been travelling the world helping people fight bandits but there’s only so much they can do. I think Kuvira might be in cohorts with the bandits who steal from different villages so she can force the villagers to join her by promising protection. 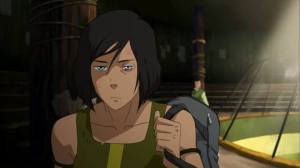 Even though this was the premiere of Book 4, there wasn’t much of Korra in it. I was excited to see her return to Republic City, like the rest of the characters, but in the end, her father revealed that she left home six months ago. The scene that showed Korra fighting it out with a female earth bender really showed how broken she had become. I think this book is going to be about Korra travelling the world in order to recover spiritually. Even though I want Team Korra to reunite, I’m looking forward to seeing her travel the world and figuring how she can reconnect with her past self. There’s also a good chance she might bump into Toph on the way.

There were no hints of the Korra/Mako/Asami love-triangle and I hope the writers don’t mention it ever again. Except for Bolin, making other lead characters face romantic drama really did them no favors.

Best Bending Award: Even though she’s an antagonist, I have to give it to Kuvira. Her precision when it comes to metal bending is very impressive.

What did you think of this week’s episode of The Legend of Korra Book 4: Balance? Do you think Korra should’ve returned to her friends? What do you think of Kuvira? Let us know.

2 thoughts on “The Legend of Korra 4×1 Review: After All These Years”