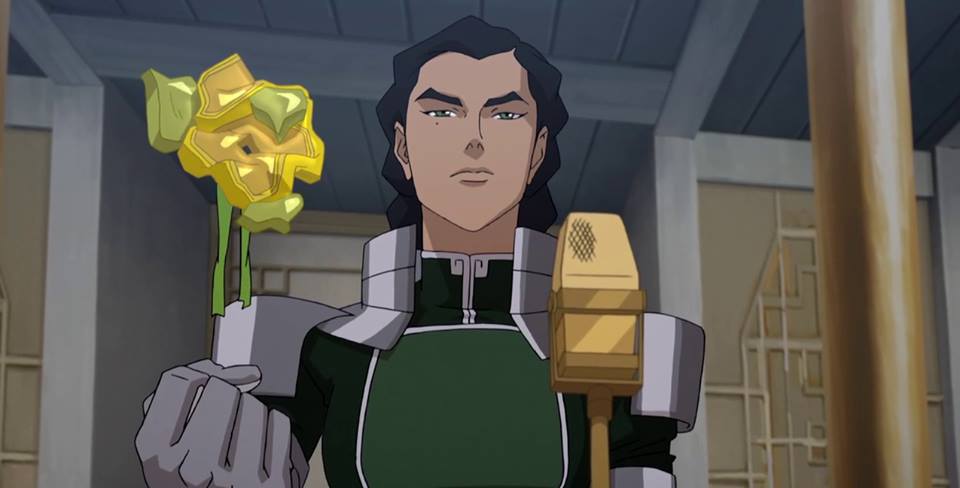 This week’s episode of The Legend of Korra Book 4: Balance laid the ground work for the political conflicts that will play a major part in the overarching story. There wasn’t enough of Korra in it but the episode was still very enjoyable.

The premiere episode of Book 4: Balance shone light on the antagonist Kuvira, a character we saw back in Book 3: Change. It’s the first time the Avatar series has given audiences a main female antagonist, and I’m glad the writers did an amazing job. Kuvira’s character is very intimidating and really determined. She wants to rule the Earth Kingdom and end the monarchy that ruined the nation in the first place. This week’s episode, ‘The Coronation,” showed her openly refusing to step down and let Prince Wu rule the Earth Kingdom. She also threatened Sue, Toph’s daughter.

As far as Korra is concerned, I was hoping for more scenes with her and Toph. The old earth bender easily defeated Korra in a bending match and it was fun to see her again. The writers haven’t forgotten her personality from The Last Airbender and it brought back a lot of memories for me. Toph also revealed that there was still poisoned metal inside of Korra and she needed to get that out to reconnect with her Avatar state. I was a bit surprised that Katara wasn’t able to make such a diagnosis since she’s supposed to be the greatest healer in the world. According to Toph, Korra didn’t want to go back into the world and be the Avatar. Her analysis did make sense to me and it also mirrored what Katara said about Korra’s mind being her greatest hurdle. I also feel that the young Avatar is holding herself back and doesn’t want to fully recover. 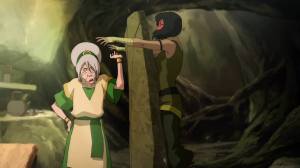 While Korra was having doubts about returning to her friends, Tenzin definitely wanted her to return. In the end, he sent out his own kids to find her, and I have a feeling they will succeed. I’m looking forward to episodes that will show the siblings interacting with each other because they have such different personalities.

Eska and Desna also showed up this week. I don’t know about you all but I love the twins and I hope the series shows more of them. Esna’s scene with Bolin in Republic City was hilarious as always. Speaking of Bolin, the young Team Avatar member was definitely confused about his place in the world. On the one hand, he wanted to help people but on the other, he didn’t want to be a part of Kuvira’s dictatorship. With the events that occurred this week, I have a feeling a world war is going to erupt. I think Zuko’s daughter was also present in the episode for a few seconds.

There was also a mysterious plotline that involved Varric experimenting on a Spirit vine and Kuvira telling him to give it his all. What is she planning to do with Varric’s research? I think Kuvira wants to expel spirits from the material world and bring an end to the Avatar cycle.

Best Bending Award: Without a doubt the award goes to Toph Beifong. Korra couldn’t hit her once. Toph is and will always remain the undisputed queen of earth bending!

Did you watch The Legend of Korra Book 4: Balance this week? What do you think Varric is planning? Let us know!

3 thoughts on “The Legend of Korra 4×3 Review: “The Coronation””