“Invader Zim: Enter the Florpus” Gets August Release on Netflix! 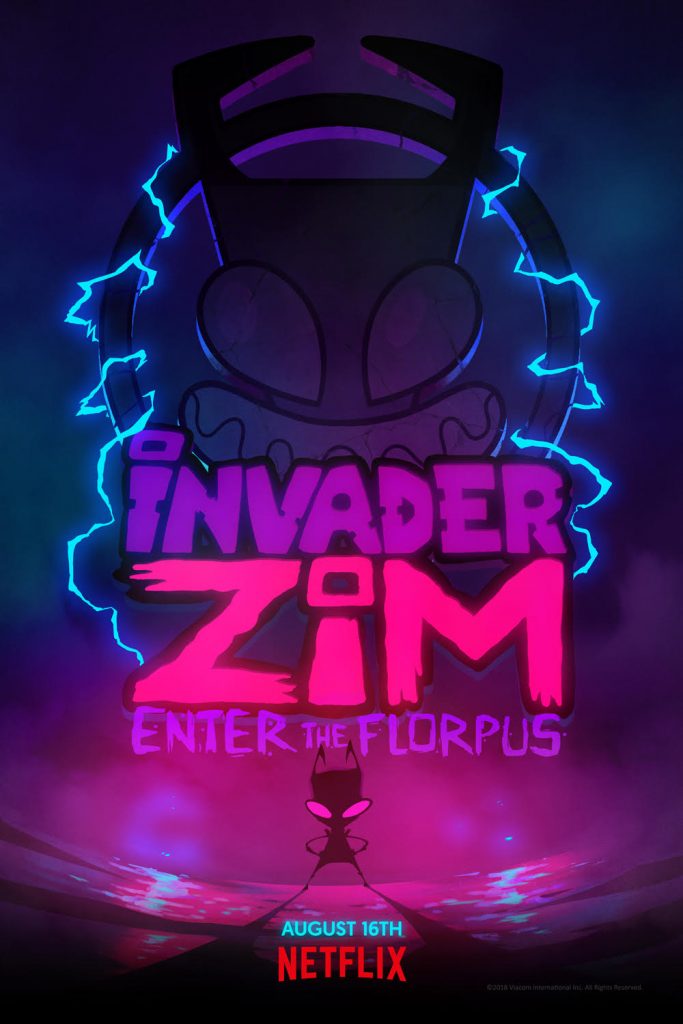 I’m so excited about this news. Netflix and Nickelodeon’s Invader Zim: Enter the Florpus, from creator Jhonen Vasquez, will release globally on August 16, 2019.

The upcoming animated film on Netflix has been written by Jhonen Vasquez with the Storyboard director being Jake Wyatt. It has been produced by Joann Estoesta with Executive Producers Jhonen Vasquez and Mary Harrington, and Associate Producer Angela Leung.

Zim discovers his almighty leaders never had any intention of coming to Earth and he loses confidence in himself for the first time in his life, which is the big break his human nemesis, Dib has been waiting for.

For those who might not be familiar, Invader Zim debuted on Nickelodeon back in 2001 and chronicled the efforts of an extraterrestrial named Zim on a mission to conquer Earth and enslave the human race.

The series went on to air a total of 27 episodes over the course of two seasons. The ratings weren’t great and the network decided to cancel the show. However, the content did gain a lot of positive reviews from critics and the people who decided to watch it. I’m one of the viewers who immensely enjoyed this show. So, you know I’m excited about the upcoming movie.

The story even continued in the form of a comic book series if you want to check that out before the animated movie is released.

Other than that, we talked to Vasquez, Horovitz, Simmons, McDonald, and Wingert about the movie during SDCC last year.

Are you an Invader Zim fan? Are you excited about more content? Let us know.