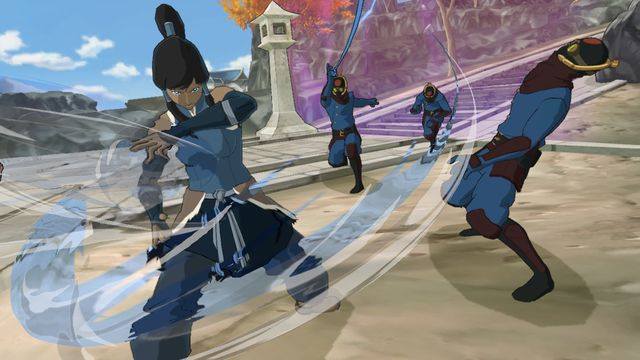 Being a huge fan of the Avatar animated series; I played The Legend of Korra video game the moment it was released. With Platinum Games being the developer, I was expecting a lot from the title. Unfortunately, The Legend of Korra left me wanting more after finishing it.

The story takes place sometime between the events of Book 2 and Book 3. After opening the Spirit Gates in Book 2, an evil spirit named Hundun is out to spread chaos in the world and it is Korra’s responsibility to stop him. However, a “chi-blocker” blocked the Avatar’s abilities and the player has to unlock each element as the game progresses. The whole premise is incredibly simple and I don’t think it should be taken as canon material. It’s sad because I wanted the writers to expand on the wonderful Avatar world they have already created.

The gameplay is tough for a ‘button-mashing’ game. At first, I thought it was going to be easy because a lot of combos can be easily executed by mashing two buttons. However, the amount of enemies that one has to beat makes the whole thing a bit tedious. It is fun to change the fighting-style and use different bending techniques during battle but the enemy fodder just doesn’t end. I didn’t enjoy repeating my encounters with giant ‘Mechas’ over and over again. Not only that, Korra gets trapped in an energy barrier whenever she faces an enemy. So, you can’t run away from a fight. 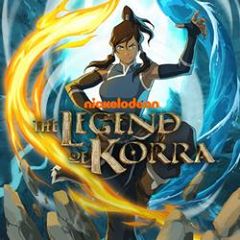 A good thing is that the developers made fighting look good in the game. With a few button mashes you can make Korra execute very impressive combos, using various elements in her attacks. My personal favorite bending styles are Earth and Air. Seeing Korra break the ground or create mini-tornadoes is a visual treat. The art is similar to the one we see in the animated series and the game looks visually pleasing. I do have one question though. Where does Korra get all the water from when she is water bending in a fight?

The game isn’t long. You can easily end the whole thing in five hours if the repetitive enemy encounters don’t make you quit the game. There are also mini-games that provide a change of pace. There’s a runner-mode where Korra sits on Naga (her Polar bear-dog) and runs through the streets of Republic City. You can use water bending to create a shield, or use fire bending to break objects in your way, etc. I’m not a fan of ‘runner’ games and that’s why I didn’t enjoy the mode. However, I did enjoy the ‘Pro-Bending’ matches, another mini-game. You get to control the Fire Ferrets, with Korra, Mako, and Bolin making up the team and defeating opposing teams. The rules of the tournament are the same as the ones we saw in the animated series. With the main game only enabling you to control Korra and being solo all of the time it was nice to see some friendly NCP’s aiding her, even if only in a mini-game.

In the end, The Legend of Korra game might appeal to the fans of the Avatar animated series but might leave other’s wanting more from a single-player ‘beat-them-up’ game. The button-mashing system gets boring after a while, and the tedious fights are repetitive. However, if you want to spend a few hours checking out Korra’s different bending combat-styles, and looking cool during combo attacks, then definitely give the game a try.

Have you played The Legend of Korra game yet? What did you think of it? Let us know!