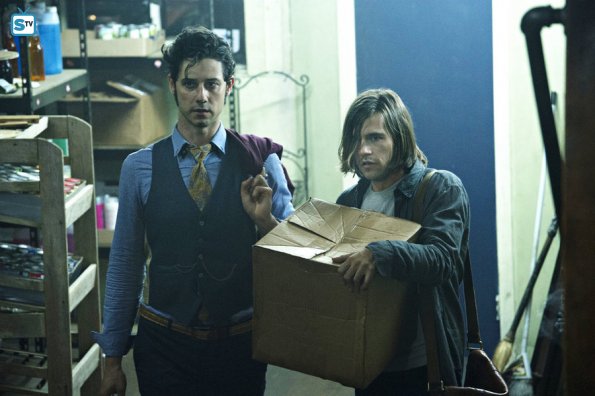 Thank you, The Magicians, for doing such a good job of reminding me why Quentin so annoyed me in the books.

This week’s episode of The Magicians, “Consequences of Advanced Spellcasting”, had Quentin and Julia once again reunited, but the reunion was less than happy. One thing this confrontation did was remind us that the New York hedgewitches are stealing equipment from Brakebills (I don’t think it’s a coincidence that Kady became a Physical kid at the end of the episode); it also showed us the opinion that Brakebills-trained magicians have towards hedgewitches like the group that has taken on Julia.

However, the main takeaway that I had from this encounter was that Quentin is kind of a jerk. In the books, when Julia approaches him and tells him that he needs to talk to them on her behalf, she came across as much more unhinged. He hadn’t seen her at the exam (well, he thought he did but wasn’t certain), so he didn’t know that she had failed and had her memory wiped – only for it not to work. On the show, though, his reasons for not speaking to the faculty on her behalf are a little more muddled. When she confronts him with the knowledge that he never spoke to anyone, he throws her anger back in her face. Not only that, he brought up his feelings for her, as if that had anything to do with what was going on. Quentin trying to guilt Julia into feeling bad because he is in love with her is just the epitome of scummy and really made me dislike him as a character. He’s just very whiny and such a “Nice Guy” in this episode.

“Consequences of Advanced Spellcasting” does an excellent job of showing the juxtaposition of Quentin’s and Julia’s training. Quentin’s is very much based in theory, whereas Julia’s is more hands-on. Julia talks about how she feels magic in her soul and that she didn’t have it handed to her, which is true. Quentin has been given this amazing opportunity and doesn’t seem to be taking advantage of it. In fact, Quentin trapping the Niffin in the box at the end of the episode is one of the few times we’ve actually seen him perform magic. 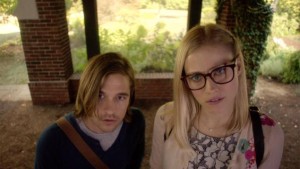 I’m glad that they incorporated the Physical kids’ tradition of testing the new students before letting them into the building. Of course, since we already saw the cottage in last week’s episode, the impact was lessened somewhat, but it was still a cute little scene.

There are other things I’d like to talk about, but I’m not sure how much I can discuss without revealing some pretty major spoilers. Penny’s storyline is extremely compelling right now, mostly because he’s so absent in a lot of the book. I got a kick out of him in the Psychic house (and that was a beautifully framed shot of Arjun Gupta in front of the window). We never learned his specialty in the book, so I’m very intrigued at the idea of him being a Traveller. I’m telling you all this right now, it will be important.

Overall, I’m still very much enjoying The Magicians. It’s a spectacle, and it’s fantastic. They are doing a great job of laying the groundwork for the overarching plot; the Beast is still very much in everyone’s mind even though it hasn’t been spotted around Brakebills since the pilot (flashbacks don’t count), but there is a lot of foreshadowing going on. Yes, I don’t like Quentin as a character, but I don’t have to; he’s fulfilling his purpose from a narrative standpoint, and he’s supposed to be a bit whiny, I think. It makes the other characters stand out so much more. I thoroughly enjoy every second that Eliot and Margo are on screen.