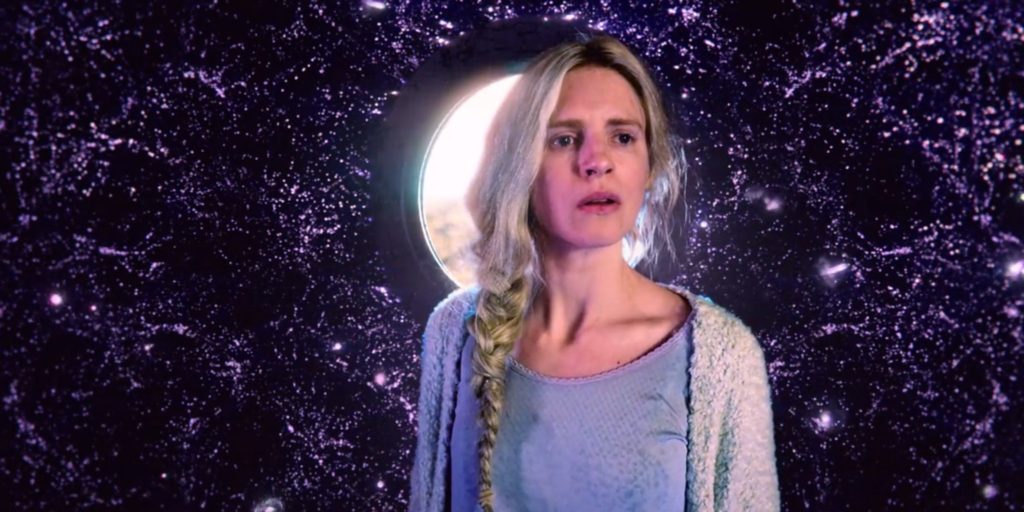 Netflix’s new show The OA is the strangest thing I’ve ever watched.

I have a pretty hardcore record of watching strange stuff.  I took experimental cinema classes in college.  I’m a fan of high concept science fiction shows like Westworld and Sense8.  I’ve even written some bizarre stories myself (that’ll most likely never see the light of day).  I know weird.  I like weird.  But this show takes the cake.  The first episode starts off with a seemingly domestic drama setting.  A girl who’s been missing for seven years is found and returned home.  She seems to be traumatized and says some strange things. On top of that, when she went missing seven years ago she was blind, but now she can see.  But by the end of the episode it becomes abundantly clear that we’re watching a high concept science fiction/supernatural narrative unfold and it’s hard to stop watching.  I’m not sure if I was truly enjoying myself during the time I spent viewing the short eight episode series, but I was dying to know just where the hell the plot was going.

I’ll try to keep my commentary generally spoiler free, but it’s important to know that this show weaves some heavily triggery topics into the narrative.  In order to avoid massive spoilers, the trigger warning will be hidden under text that needs to be highlighted to be viewed.  The triggery content is so heavily woven into the narrative, it’s difficult to warn for them without spoiling large chunks of the plot.  That said, The OA contains the following triggers: attempted suicide, self harm, mental and physical torture, mentions of rape, kidnapping, mild transphobic language (dead name used casually by parents), gun violence, school shootings.  Lots of triggers, right?  I’m usually pretty good about sensitive subjects and even I was a bit thrown at how much was thrown at us.

Despite all of the above sensitive subject matter, I was happy with how well the trans character was treated by the narrative.  Besides the above mentioned incident (highlight:dead naming),  he was respected as a person without being tokenized.  In fact, the show was brought to my attention by a friend within the trans community who was impressed with how respectfully he was treated.  (Said friend also participated in our Sense8 Trans Representation roundtable. Thanks, Chase!)  While I’m an outsider and just an ally to the community, I am happy that my friend and others are enjoying this type of character interwoven into a story that’s not about trans issues.  Your mileage may vary with the character and how he was utilized with the plot, though.  One person’s opinion obviously doesn’t speak for the whole community. 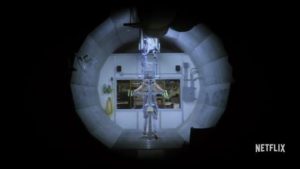 Getting punched in the face with the science fiction/supernatural elements at the end of the first episode was bizarre as I went into it not knowing what it’s about in the slightest.  While my first clue that this could have supernatural elements was that a blind woman was somehow able to see, the show was still way more intense than I imagined it could be given how it starts.  Other narratives cover similar ground that The OA does, but the writers seemed to think ‘how can we make this even weirder?’

The way they toy with science fiction and supernatural elements reminded me a lot of Stranger Things, but even that show was mostly straightforward with its more fantastical elements.  I felt like I needed to be in an altered state of consciousness myself to understand some of the scenes.  It seems to be a popular trend to combine these two elements right now.  Perhaps it makes sense that the two genres intersect so often now considering how fast technology has developed over the past few years.

Would I recommend this show to others?  I’m really not sure.  If you can handle the enormous amount of triggers and enjoy highly concept-based stories, you’ll probably dig this.  If you enjoy more character-focused narratives or get upset with sensitive subjects being used as plot devices, I’d stay away.  I’m somewhere in the middle of these two groups, so at the end of the eighth episode I was essentially just staring at my screen wondering what the hell I just watched.  It’s a trip.  And I haven’t yet determined if it was a fun trip or not.