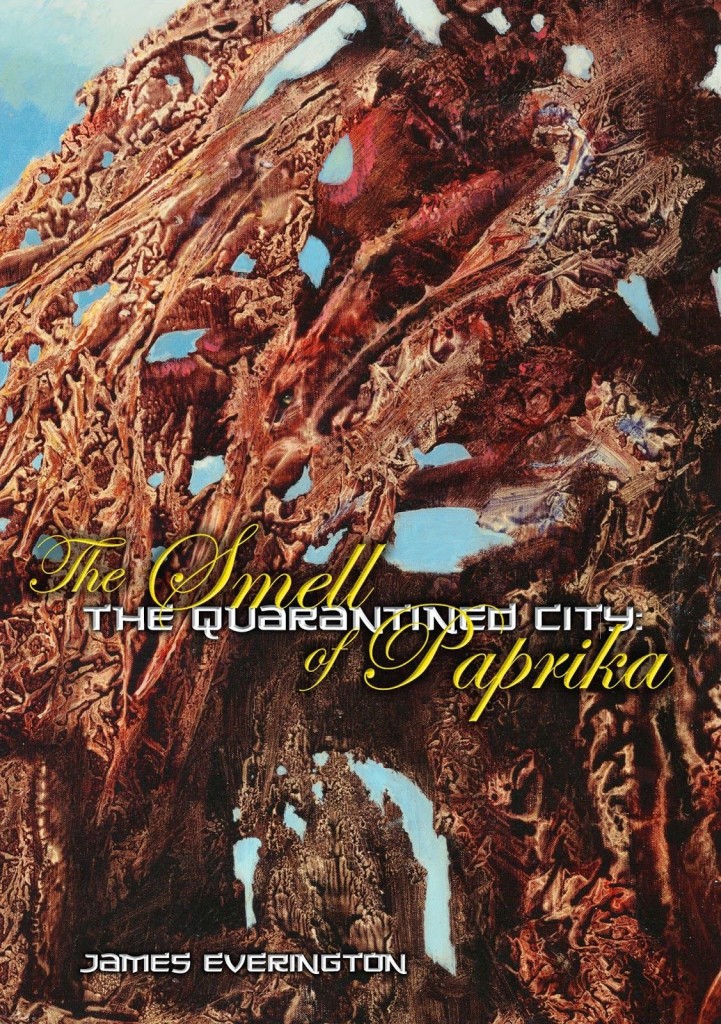 In James Everington’s serialized novel, The Quarantined City, a character named Fellows wanders around an oddly out-of-step city, searching for the elusive stories by a writer he’s only heard of. Based on the first two episodes, this is a very ambitious serial fiction project, one with a lot going on and many ways to draw in readers. But is it trying to do too much?

The first episode, “The Smell of Paprika,” introduces us to Fellows and a city that’s under quarantine for no specified reason. Fellows has no responsibilities during the quarantine, so he’s able to spend his time tracking down the stories of a writer named Boursier. According to what he’s been told, Boursier writes stories like Fellows himself used to, before he gave up writing fiction.

When he does track down a story, one part of Everington’s ambitious approach is made clear. He gives readers the entire story, short but still complete. When Fellows reads it, a subtle but unmistakable change comes over the city. 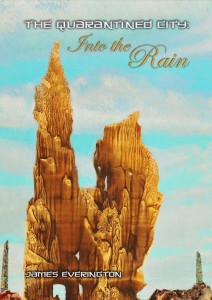 Episode two, “Into the Rain,” follows a similar format, with the added questioning of Fellows’ sanity. Is the city really different, or has he imagined that change? Again he finds another story, which Everington includes for us, and again the city changes, more dramatically his time.

There is a wonderfully surreal quality to this story so far. I hesitate to bring up Kafka, as “Kafkaesque” is frequently overused, and not really the best comparison. But if that brings to mind the image of a person moving, somewhat dreamily, through a city that feels skewed both from the character’s expectations and our own, then it works. This sense is especially strong in the second episode when he runs into a group protesting the quarantine. Perhaps a better comparison might be to Michal Ajvaz’s  The Other City or Ferenc Karinthy’s  Metropole, though in both of those novels, the skewing is much more extreme.

Apart from that quality, the mystery of why the city is under quarantine is a strong, Lost-style hook that will keep readers coming back. And the other writer’s stories, with their own tone and style, make for an impressive mix.

Choosing to focus on a writer, and a frustrated writer at that, is a more chancy direction. It’s easy for stories like that to veer into maudlin territory that interests neither fellow writers nor general readers. So far Everington avoids that for the most part, but it will be a potential problem throughout the series.

More problematic is what I alluded to above, that there’s a sense that he’s trying to throw too many themes and ideas into one story. Specifically, there’s an entire ghost subplot, more an annoyance to Fellows than anything frightening. For now it has no real connection to the rest of what’s happening in the city. It’s certainly likely that Everington will pull that thread in together with everything eventually, and it may even prove vital. But for now it feels superfluous — a mystery, but much less of the type of mystery that propels readers to need to keep reading.

Despite those potential trouble spots for future episodes, the writing skill here and the narrative hooks are enough to keep readers coming back to see how it will all play out.

Episode three, “Spot the Difference” has recently been released, and the remaining episodes will come out every month until the full six-episode series is complete.

From the publisher: The Quarantined City: sealed off from the outside world, with only the sight of the ocean to remind its inhabitants of life beyond. No one knows why the city has been quarantined and conspiracy theories abound.

But for Fellows life continues largely as before. He walks the streets, hunts out rare books; the sun continues to shine and the gulls circle above.

There’s the small matter of the ghost haunting his house, but Fellows doesn’t let himself think of that.

But when he tracks down a story by the reclusive writer known as Boursier, his old certainties fade as he becomes aware that the secrets of the city, the ghostly child, and the quarantine itself, might be more connected than he thinks…