Thor #8 Review: The Woman Beneath The Mask 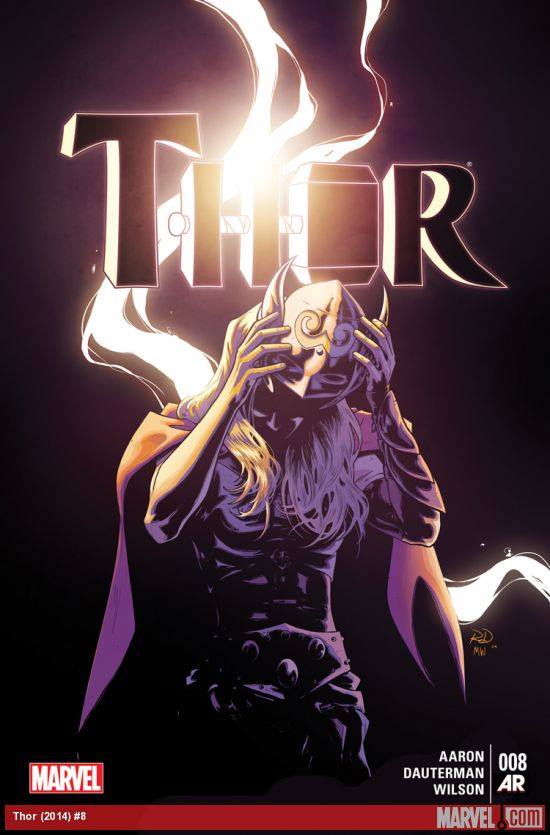 Thor returned this month with issue number eight and we finally got to know about the real identity of the Goddess of thunder. So, was the big reveal surprising? Well, not really, but I do think that the new Thor is indeed worthy of wielding the hammer.

The whole premise of Thor hinged on the Goddess’s secret identity. That was the thing that got fans talking and even ex-Thor spent all of the issues trying to uncover who the female was under the mask. When the series started out, I was sure that the new Thor was actually Mama Thor, however, that didn’t happen and it made me lose interest in the series a little bit. 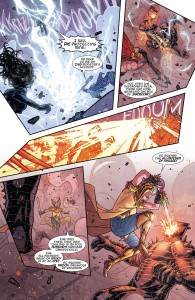 royer. If there was one thing the issue made obvious was how awesome Mama Thor would’ve looked in the series. The way she charged at the Destroyer and plunged her sword into his face was awesome. Not only that, while other female characters were being blasted away because of the Destroyer’s energy beams, Freyja powered through the beam using her shield. I want Mama Thor to be a presence in Marvel and I want this to happen now!

Russell Dauterman did an amazing job with the art. I loved the way he drew the destruction happening throughout the issue. Everything had a sense of movement about which added to the narrative.

I’m not going to talk about the actual plot because, like I’ve said before, I have no interest in the King of Frost Giants being resurrected by Malekith. We all know Frost Giants aren’t big enough of a threat to affect the Marvel Universe as a whole so I’m fine with ignoring them forever.

Jason Aaron did an amazing job building interest around the new Thor. He really had me fooled about her true identity, and the final reveal about it being Jane Foster from the start was perfect. I do think that she deserves to wield Mjolnir. Having a normal human being become a God really brings depth to the character. It brings a sense of vulnerability that some superhuman characters, especially Gods of Asgard, just don’t have. I’m expecting a lot of great things in Thor’s future if she can handle the burden of the hammer because the breast cancer has really taken a toll on her health.

What did you think of Thor #8? Were you happy with the reveal? Let us know!