Thor #7 Review: The Battle for the Hammer 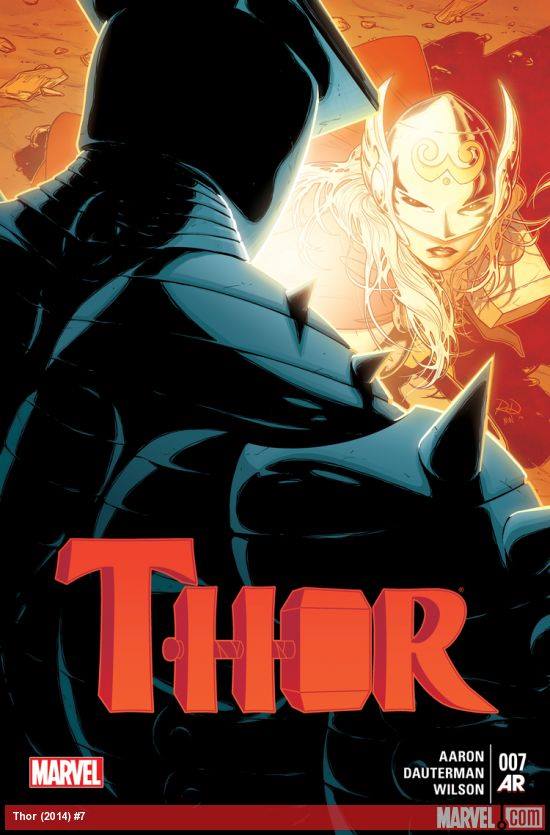 This month’s issue of Thor had the Goddess of Thunder battle it out with the Destroyer. Nothing much happened with regards to the story and I really hope Jason Aaron stops teasing his readers soon and reveals Thor’s identity. It’s been too long now!

I haven’t read enough of Thor in the past to know about Odin but from what I got from the new series the All-Father has some issues when it comes to respecting women. He doesn’t even respect his wife even though she’s the All-Mother. His anger at the new Thor has more to do with the fact that she’s a woman rather than his inability to reveal her identity. I don’t know if it’ll happen or not but I would really like to see Thor giving Odin a piece of her mind. He needs to be knocked down a peg or two. 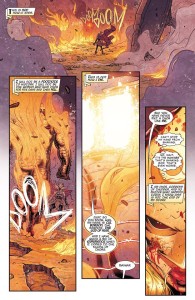 The tease regarding Thor’s identity continued in this issue. The comic book opened with a scene that took place a couple of weeks ago. Roz Solomon, an agent of S.H.I.E.L.D, discovered Roxxon’s toxic waste dump and then went to the Moon to comfort ex-Thor because he lost his hammer. She didn’t find him and the panels ended with her looking longingly at the hammer. I’ve read some fans say that Agent Solomon is the new Thor but I’ll believe it when I see it. I’ve already faced disappointment when it was confirmed Freja wasn’t Thor. The All-Mother as Thor would’ve been so good!

Russell Dauterman did amazing work with the art in this issue, and Matthew Wilson made everything stand out with his coloring skills. The fight between Thor and the Destroyer looked awesome especially the energy beams the living weapon attacked Thor with.

Being controlled by Odin’s brother Cull the Destroyer really beat up Thor. She was bleeding all over near the end of the issue. I was surprised to see that the Destroyer was able to hold the hammer though. It turned out that a weapon can hold another weapon even if the Destroyer wasn’t able to control it.

Thor’s inner monologue showed the readers that she wasn’t going to give up no matter what the cost. Thor’s a very strong willed character, whoever she is, and she knew that her story had just begun.

Before the Destroyer could land the finishing blow, Odinson came to the rescue with his mother and their army of powerful female allies. I was hoping to see Storm in the group but I think the reinforcements were supposed to be Asgardians and Avengers only.

Will Thor’s identity be revealed in the next issue? I have no idea but one thing I’m sure about is that we’re in for an amazing fight involving Thor, ex-Thor, Freja, and an army of female superheroes against the Destroyer.

As for Malekith and Agger, the two went to a new realm and started killing light elves because Malekith required blood to cast a spell on the Frost Giant King’s skull. With Secret Wars coming up I’m unable to be interested in the storyline even if I try to because a lot of Marvel’s continuity is going to be wiped out after the event anyway.

Did you read Thor #7? Do you think Roz Solomon really is Thor? Let us know!