Shadowhunters 3×15 Review: “To the Night Children” 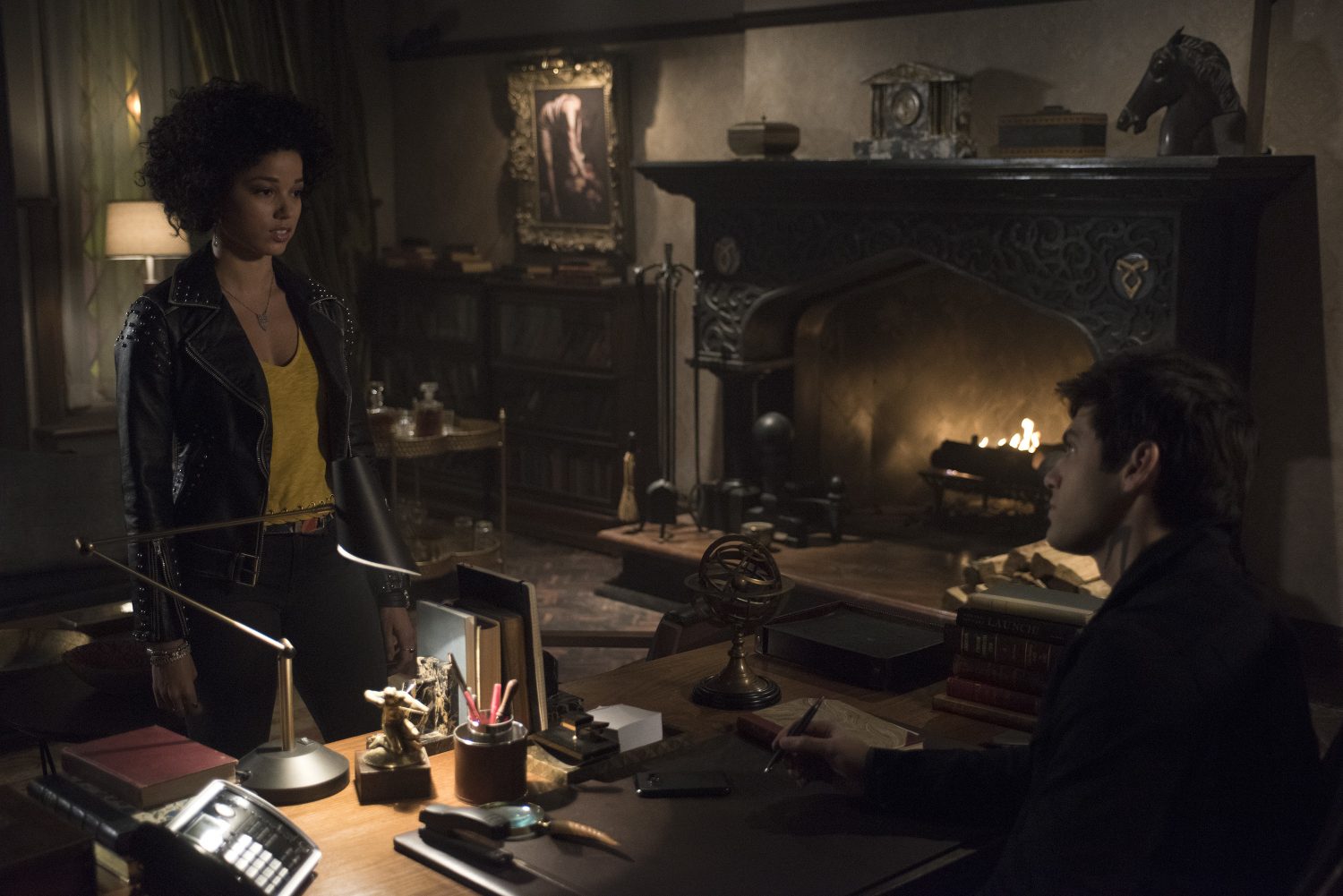 Last week I lamented that there was too much going on in this final season of Shadowhunters. The hunt for Jonathan and the Morningstar sword, the Clave torturing downworlders, and then the vampire clan inexplicably listening to Heidi and going after the werewolves. “To the Night Children” seems to bring one of these plots to a close – but whether or not it is truly over remains to be seen.

I have absolutely no idea why any of the vampires listen to Heidi. I have no idea how she is suddenly clever and manipulative and good at throwing knives and fighting when there’s been no prior evidence that she’s any of these things. Nevertheless, here we are…but not for long. In “To the Night Children”, she goes to the Shadowhunters to give them intel about the attack, while conveniently forgetting to mention that she orchestrated it, and then goes back to the vampires and lies about having done so. I’m not sure what her ultimate goal was; perhaps she’s just crazy, and her goal was complete chaos. We may never learn because she’s dead.

I’m not sorry that she’s dead. I don’t think anyone is. I can understand why Simon is upset at Maia for what she did (although honestly, two thumbs up, Maia, not only did you get rid of Heidi you were smart about it), and I’ll spare you all a debate on the ethics of capital punishment. The fact is, this is Shadowhunters, Heidi is dangerous, and the downworld has its own rules. Doing things “the right way” ran the risk of Heidi escaping punishment. After all, she has proven to be very manipulative. On the other hand, Maia dispensing her own brand of justice may come back to bite her; who knows how the vampire clan will react to this. It may exacerbate the situation instead of calm it. 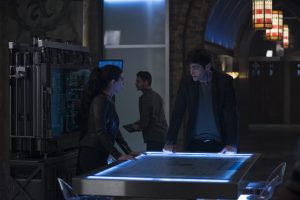 There was a lot in this episode that doesn’t really make sense. I’m not surprised Heidi ratted out Izzy’s treatment of Raphael, or that Alec was furious about it. Nor am I really that surprised that Raphael’s torture of Heidi is against the Accords (is it, though?). But Heidi attacked – and killed – mundanes, and surely that’s worse. Among the other nonsensical things that happened in this episode: Luke willing to abandon Clary after spending so long searching for her because he feels responsible for what happened to the pack, having Magnus come heal what’s-her-name instead of Catarina (you know, the warlock who works at the hospital), Izzy not warning Raphael that the Clave are torturing downworlders.

I had wondered what the point of bringing back Raphael was. When he showed up earlier, I suspected that we hadn’t seen the last of him. Now, with him off to the Clave at the end of “To the Night Children,” I have a hunch he will be involved in that whole torture of downworlders thing, which has been on the back-burner for the past couple of weeks. Last week, Izzy found a memory stick in their murdered guard, and this week she was only able to mention it to Jace and Clary before news of the vampires’ attack on the wolves broke. I trust that we’re actually going somewhere with this, because it seems like a big deal, and I would hope that our intrepid heroes are concerned.

Clary’s connection with Jonathan is something that at times makes sense and at times doesn’t. It seems that sharing life energies or whatever (sharing souls, perhaps?) means exposing Clary to whatever darkness is in Jonathan; however, he doesn’t seem at all affected by her pure angel blood, and I’d like to know why that is. Are they implying that demon blood is stronger than angel blood, or simply more persuasive (like the Force)? I also can’t fathom why Clary has let him go so many times, and I’ve never quite understood why he’s so obsessed with her. 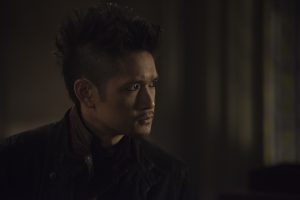 I always enjoy the Malec scenes and the ones in “To the Night Children” are no exception. It’s refreshing seeing Magnus looking out of place, and his reaction to everything at the Institute was pure gold. I’m not sure why people were surprised that he was there; it’s hardly the first time he’s made an appearance. I feel like everyone immediately jumped to conclusions and got very judgmental. Plus, it’s not the first time Alec has broken protocol. He did, after all, kiss a warlock at his own wedding. What I liked about their scenes was that they a) showed how far they’ve come as a couple (they had a disagreement and immediately worked it out) and b) had Magnus as the insecure one, for a change. So many of their issues revolve around Alec dealing with something – whether it’s a crisis of confidence at his lack of experience or the despair of knowing his boyfriend will outlive him (by a lot) – that was nice to see Magnus struggling. I’m also impressed that Magnus was so open to the proposition that they live together, considering his reaction the last time Alec suggested it.

And of course, the episode ends with Magnus going into a seizure because gay people can’t just be happy on television. There’s, like, a rule, or something.

Have you seen “To the Night Children”? What did you think?