Shadowhunters 3×18 Review: “The Beast Within” 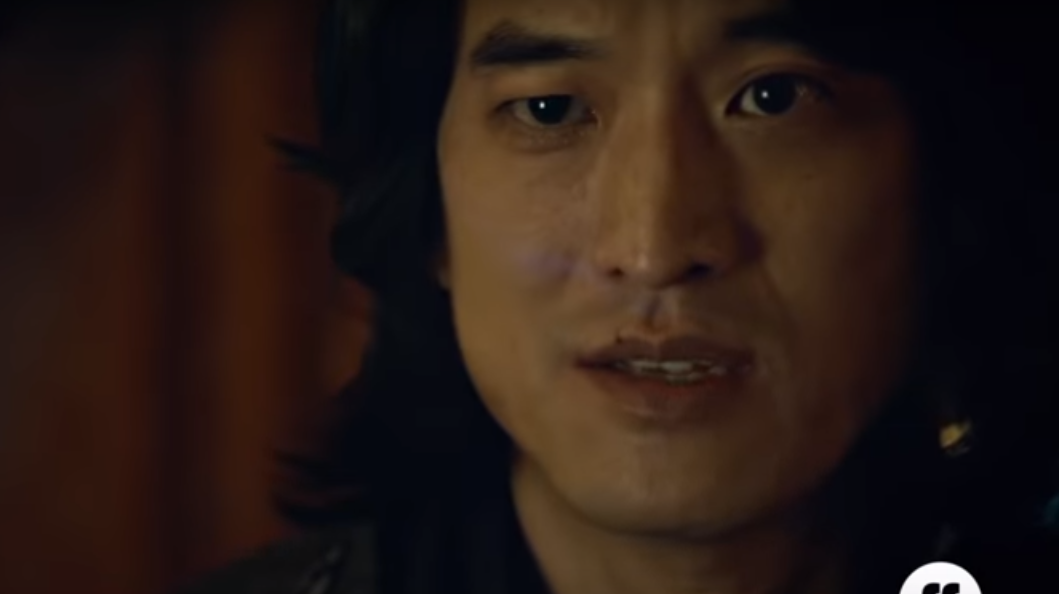 It’s Halloween on Shadowhunters, and predictably it’s not anyone’s favorite holiday at the Institute. While Simon takes his sister to a Downworlder party in “The Beast Within”, Magnus bonds with Maryse and everyone else deals with a surge in demon activity.

“The Beast Within” seems to be juggling a lot of plots, but (despite how segregated the episode seems at first) everything is connected. Alec and Magnus’s struggles have now entangled most of Alec’s family as both of them seek out advice. Simon and Becky’s night of bonding gets crashed by a rogue demon, which leads to Izzy saving the day. The demon attacks that Clary, Jace, Alec, and Izzy spend most of the episode dealing with are just a diversion so that the Seelies can get to Jonathan. Everything leads to something else – except maybe Maia and Jordan vowing to rebuild the pack.

Perhaps my favorite thing about this episode were the various character interactions that we don’t usually get to see. I was delighted to see Becky again; I’m glad that she stuck by Simon after everything that happened, because Simon definitely needed a win. Their scenes were a light spot in an otherwise pretty heavy episode, and they were second

only to Magnus and Maryse spending time together without Alec, which was a delightful change. I despised Maryse when the show first started but her development has been spectacular.

The scenes with Magnus and Maryse were all the more heartbreaking considering Alec later breaks up with Magnus in order to fulfill his part of his bargain with Asmodeus. I can see things from Alec’s point of view, and I’m glad that they brought Asmodeus back, but I can’t believe he made a deal with a Prince of Hell. He has to realize that there will be consequences for that; Asmodeus surely can’t be trusted, and seeing as how he forces the medium to summon him to New York and then kills her, I don’t doubt that he has something planned.

I don’t expect this Malec breakup to last any longer than their previous one did, but it still guts me. They are one of the best developed queer relationships on television, if not one of the best relationships period. While I hate unnecessary drama, at least Alec is doing this because it’s what he thinks is right…even if it is against the advice of literally everyone he cares about. And of course, the fact that he breaks up with Magnus immediately after Magnus says that he’s lost everything and can’t lose him…well…that’s just cold.

Speaking of relationships, Simon and Izzy are inching towards something. I’m pleased that they didn’t rush into this, as I feared they would. The two of them have been thrown together quite a bit this season, which allows their relationship to progress more naturally. They actually make a pretty adorable couple; I didn’t think I would be on board with them, but this season is making a believer out of me.

This is the first Halloween on Shadowhunters, which makes me wonder what the timeline of this show is. How long has it been since Clary first learned about the Shadow World? 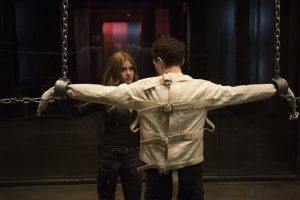 Meanwhile, Jonathan’s demonic influence finally corrupts Clary completely. My internet cut out during that scene so I’m not entirely sure what happened – why was Jace’s pull suddenly not strong enough to counteract the effects? I still am not sure why Jonathan’s influence was so strong and yet she had no influence over him. It also bothers me slightly that his influence waned or strengthened seemingly at random. I can understand that it would be stronger if she were closer to him, but when she’s just walking around the city, how exactly was he able to exert any influence? Whatever the reason, she has succumbed, and now we’ll have to deal with this in the remaining two episodes.

I’m honestly tired that we always have to save Clary. I mean, she is the main character (or as main a character as one can be on a largely ensemble show), but still. Here we are.

By the way, thanks for bringing Luke back in “The Beast Within” only for him to serve no purpose. I’m not quite sure why this show continually insists on wasting Isaiah Mustafa.

Have you seen “The Beast Within”? What did you think?