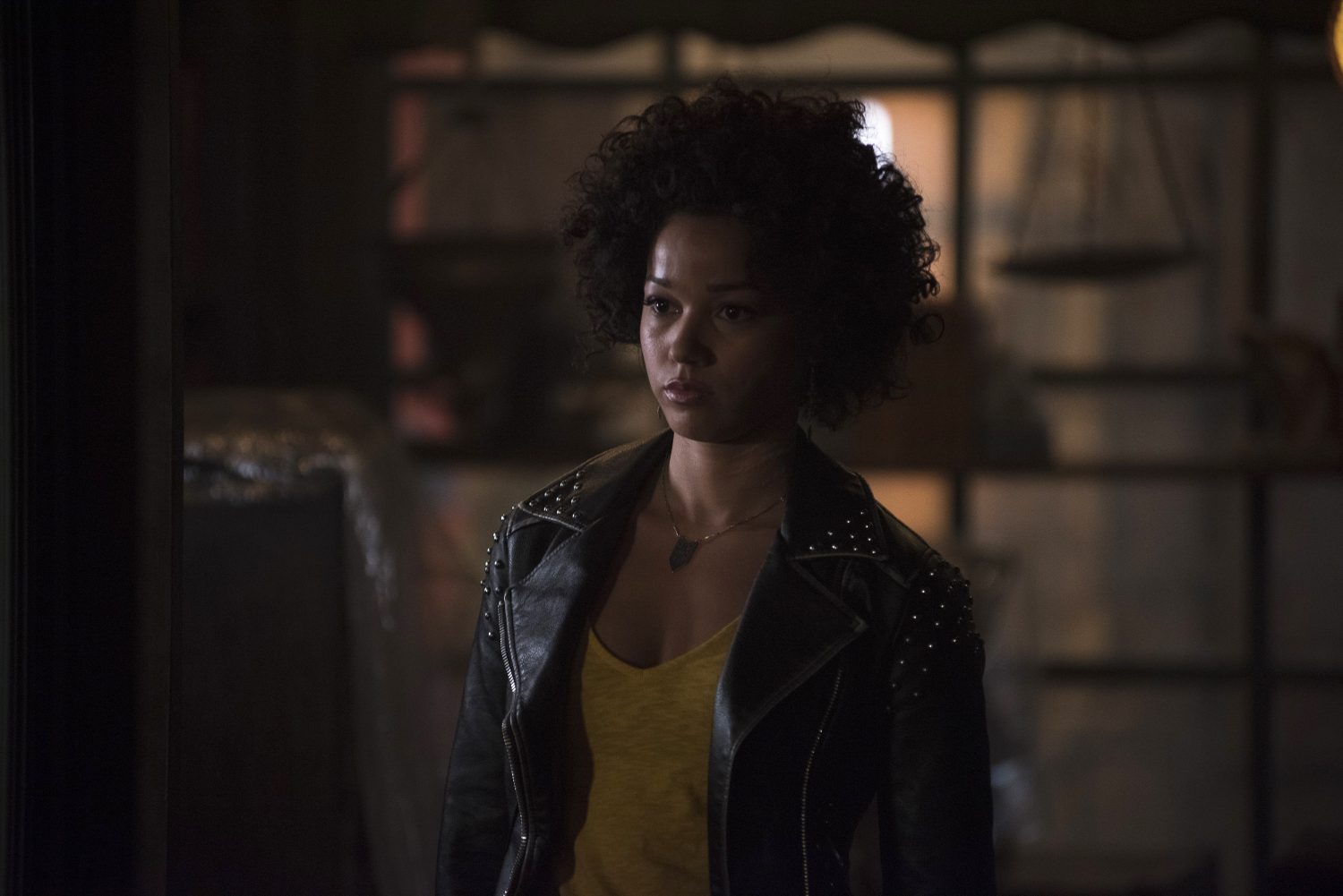 The shadow world is starting to get a bit muddied in “Beati Bellicosi”. Some plotlines wrapped up more quickly than I expected, which means we’ve started some new ones, and it’s all coalescing into one giant mess. How does everything fit together? Will everything be resolved satisfactorily by the end of the series?

Now that Simon has gotten rid of the Mark of Cain (much sooner than I’d anticipated), we’re conveniently reintroduced to Heidi, the monstrous wench whom Simon accidentally sired in season 2, and she’s just as unpleasant as ever. Her main motivation at the beginning of “Beati Bellicosi”, during which she is set upon by a group of Praetors led by Jordan, is simply escape. However, by the end of the episode her goal seems to be no less than total war within the shadow world, as she manipulates the vampires of Hotel du Mort to attack the New York wolf pack. 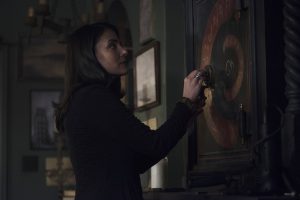 Meanwhile, Jace, Clary, Luke, and Maryse attempt to track down the sword that Jonathan is after, hoping to find it before he does. Jace and Clary also try to remove Clary’s new rune, and though the pain is immense, it refuses to come off. Izzy and Alec head for a meeting with one of the Clave guards, who has information on the torture of downworlders that the Clave is vehemently denying. He is killed before he can give them any real information – just a Latin phrase referring to an off-the-books Clave program that was above even Maryse’s paygrade.

After last week’s episode, “Beati Bellicosi” seems to take an awkward jump back. With the return of Heidi, who’s been gone for several episodes, and the reminder that downworlders are being tortured, talk of which was mysteriously absent last week, these new storylines are a bit jarring. However, we look to be moving towards the end game. I’m sure that Heidi’s machinations and the Clave’s secret “interrogations” will fit together somehow; I just don’t know quite how.

“Beati Bellicosi” is much more violent than I remember an episode of Shadowhunters being. For some reason, Lillith’s sacrifices at the beginning of the season don’t seem quite as brutal as the battle at the Jade Wolf at the end of the episode. When Griff – the leader of the vampire clan – stabs Russell – the pack alpha – through the throat, that was a visceral image, and it was honestly much more gory than I was expecting. It serves as a reminder that this is a brutal world; when Shadowhunters kill demons, they vanish into smoke or ash or what have you. Likewise, the vampires killed by the wolves disappear in a puff as well. But the wolves are still human and die human deaths, and despite the fact that Russell has always been a bit of a jerk, his death is made extremely poignant by Maia’s terrified reaction. 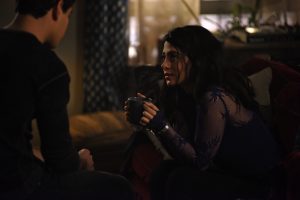 There are also moments of tenderness in this episode. Izzy and Simon share a moment when she wakes up in his apartment – no doubt the first of many such moments – that is just slightly overshadowed by their reunion with Clary. Izzy also had moments with Alec and Magnus about her addition to vampire venom. Her scenes with Alec were a perfect example of how to do a sibling relationship; Izzy doesn’t want to seem weak, Alec thinks she is anything but. He was accommodating and understand and supportive without trying to push her. He has clearly learned a lot since the last time this happened. (I would also like to commend Magnus for immediately going to Alec, as this was an argument they had in season 2.) Also, naturally, Jace and Clary reconnect, a bright spot in an episode full of pain as she deals with the tie to her brother. (And “I miss you” carved onto her arm? Creepy.)

Of course, “Beati Bellicosi” wasn’t without its faults. I’m unsure as to how Heidi, who has been a vampire for a New York minute, is able to not only throw a knife with pinpoint accuracy and encanto someone, but also hoodwink basically everyone she comes across. This girl is not that clever, and giving her these skills that she shouldn’t have to maneuver everyone into position is a bit lazy. Although, Heidi manipulating the vampires wouldn’t have been as likely if Jordan had allowed Simon to accompany them to the Hotel du Mort – and the fact that he didn’t makes no sense. Surely a vampire would be an asset when talking to a bunch of vampires about another vampire?

Have you all seen “Beati Bellicosi”? What did you think?