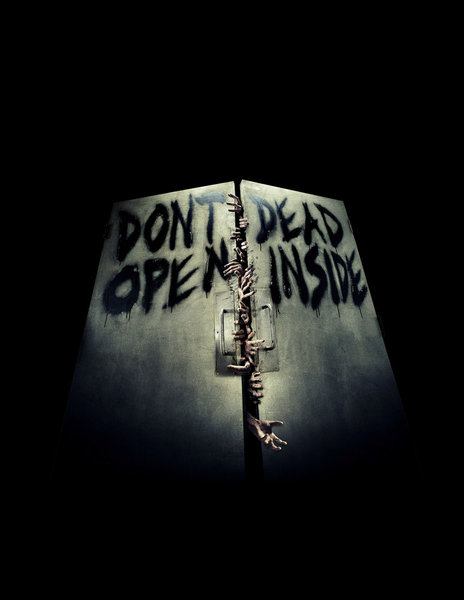 Fans will know that The Walking Dead has been a staple at Universal Studios for Halloween Horror Nights for the past several years, but this was the first announcement that a themed attraction would become a year-round permanent fixture. This is great news for horror fans and for those who like to be startled. And for those who might be concerned that the walk-through attraction won’t be realistic enough, the television show’s production team led by executive producer Greg Nicotero had a heavy hand in creating the effects.

According to an interview with USA Today, Nicotero gave a glimpse into what to expect from the attraction, and mentioned that it would be walk-through maze experience, heavy with walkers, both animatronic and live performers. It does sound like it will be a grown-up and more permanent version of the temporary thrills for Halloween Horror Nights.  Needless to say, this is probably going to be terrifying.

Fans of San Diego Comic Con will know a bit of the terror from perennial favorite The Walking Dead Experience. It was announced just last week that the attraction would not be returning to San Diego in 2016. Now fans will be in close proximity to the Universal Studios attraction. Unlike The Walking Dead Experience where fans could choose between being a walker or being a survivor, it does seem that fans will only be able to get the survivor experience at the new attraction. Bad news for those who want to don the special effects, but great news for those who want to experience the terror in the flesh.

Although no official opening date has been confirmed, Universal Studios and AMC say that the attraction will open Summer 2016.

What do you think about this announcement? Are you excited to attend? Let us know!

Previous:‘Xena’ Reboot Will Explore Relationship with Gabrielle
Next: The Walking Dead 6×13 Review: The Same Boat