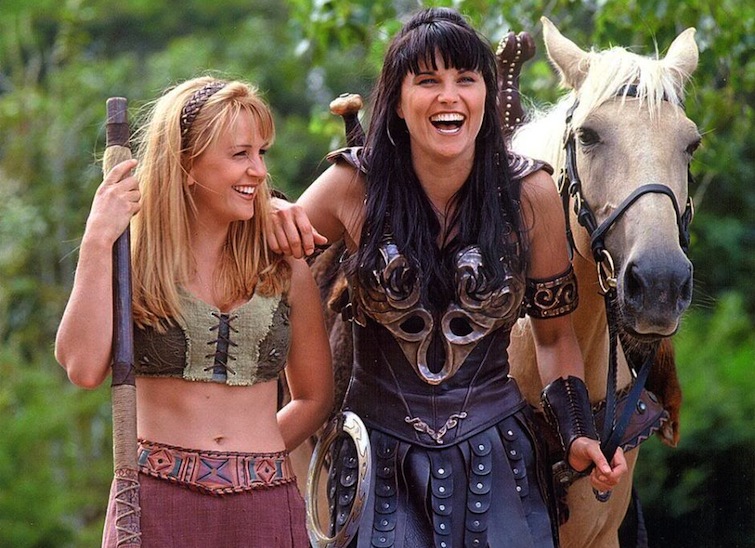 In a recent Tumblr Q&A with Javier Grillo-Marxuach, the writer of the recent controversial episode of The 100 titled ‘Thirteen,’ stated that the Xena reboot would “fully [explore] a relationship that could only be shown subtextually in first-run syndication in the 1990s.”

Grillo-Marxuach’s is currently writing the pilot episode for the much anticipated Xena reboot.  His most recent project has been The 100, and he was the writer behind the episode that killed fan favorite Lexa.  The episode caused an uproar in fandom.  The show has often been lauded for its depiction of same sex relationships, including the one between Lexa and protagonist Clarke.  Her death was seen as an unfortunate queer trope, sometimes dubbed the ‘Bury Your Gays‘ trope, where explicitly queer characters meet tragic ends.  Grillo-Marxuach has been responsive to fans, however.  When a fan asked a question about Lexa’s death he promised to make ‘amends.’

Anonymous asked: Has this turned you off or traumatized you from writing queer characters ever again?

Grillo-Marxuach: i am about to reboot xena, so no. if anything it makes me want to get it right and to make amends.

Another response to a fan question has made it explicitly clear that he plans on exploring Xena’s relationship with Gabrielle in the reboot.

cdn-bigfoot asked:  Do you think the fan’s reaction to Lexa’s death will a) influence the writers or Jason’s decisions for the series as it continues and b) have effect on your writing for future projects like Xena?

xena will be a very different show made for very different reasons. there is no reason to bring back xena if it is not there for the purpose of fully exploring a relationship that could only be shown subtextually in first-run syndication in the 1990s. it will also express my view of the world – which is only further informed by what is happening right now – and is not too difficult to know what that is if you do some digging.

It’s comforting to know that the writer behind the reboot of such an important show for LGBTQ+ audiences – particularly queer women – is responsive to our concerns.  The world is a very different place than it was in the 90’s and if Grillo-Marxuach has any influence on the matter, which it appears he does, then we’ll finally get the canonical queer relationship between these two characters.  Fans will no longer have to argue in favor of the relationship using subtextual clues, but will have the relationship spelled out for us clearly in canon.