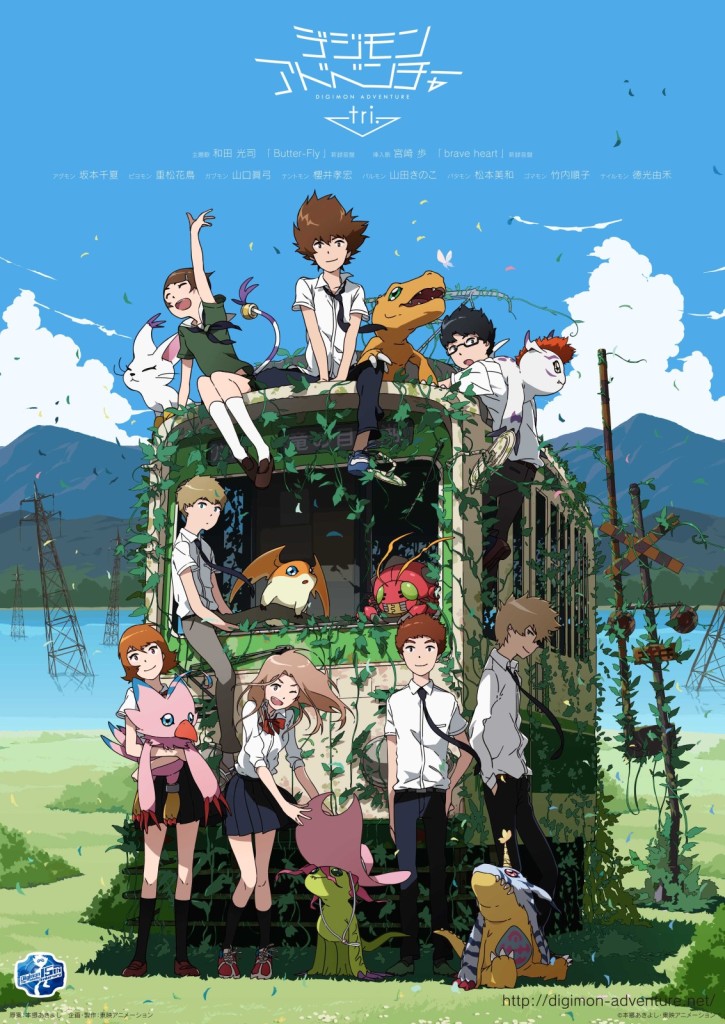 The third film in the Digimon Adventure tri series which is titled ‘Kokuhaku’ (Confession) finally has a release date!

According to Anime News Network, the third film in the six-part anime film series is set to be released in Japan on the 24th of September, 2016. The release date was announced by the staff for the anime film series during a stage greeting event. The event was held in Tokyo at the Shinjuku Wald 9 theatre.

The third film was previously announced to be released sometime this summer so it is good to have a definite release date. It is still a few months away but at least we know how long to wait. Fans should mark their calendars!

The second film titled Ketsui (Determination) was released on the 10th of March, 2016. It helped move the plot further and also focused on two of the original DigiDestined. While I wasn’t a fan of Mimi and Jo during the Digimon Adventure anime series Ketsui made me like those characters.

The first film in the series titled Saikai (Reunion) was released back in November of 2015 and it showed the original DigiDestined reuniting. Saikai moved at a slow pace but it was enjoyable because of nostalgia.

The Digimon and the real world are in grave danger this time around and I’m looking forward to seeing how the DigiDestined will tackle the threat. The second generation of DigiDestined also seem to play a role in the plot but not much has been revealed yet.

A teaser for Kokuhaku was previously released and judging by the content it looks like the film will focus on Takeru and his Digimon partner Patamon, who are also two of my favorite characters from the anime.

If you were a fan of the original Digimon Adventure then you should definitely give the new six-part anime film series a try. It brings back all of the original characters and while they still retain their unique personalities they have certainly grown up.

Have you started watching Digimon Adventure tri yet? What did you think of it? Let us know!