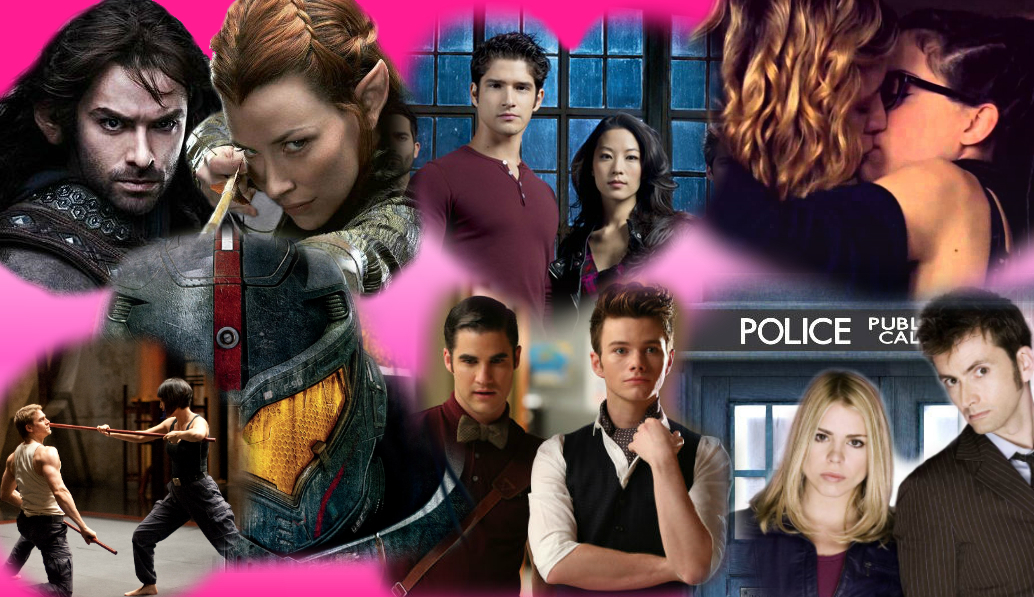 To celebrate Valentine’s day we here at the Geekiary are running a two part shipping poll.  Our first round is going to narrow down the top 10 fandoms to head into the next round.  In order to have qualified for this poll the fandom had to have had new content since January 2013.  That content could have come in the forms of episodes, movies, or other forms of official installments within the canon.  We picked from among our personal favorites as well as favorites suggested to us by our followers on social media.  If a fandom isn’t in this round but there is enough demand for it in the comments section we will gladly add it as long as it meets the time limit criteria!

If you are voting for a fandom feel free to leave a comment letting us know what ships you’d like to see make it to the next round.  The top three ships from each fandom will be featured on the next poll.  If we don’t know what the top ships of a fandom are we’ll either just go with our personal favorites or Google it.  That’s hardly fair or representative of the fandom at large, so please let us know what you’d like to see!

All ships are welcome to be nominated whether they are canon or not! Don’t let onscreen material limit you with your nominations.  While fandoms are limited to things that have produced new content since January 2013, that doesn’t mean that your ship has to have been active in that time.  For example, if you want to nominate something from the Marvel Cinematic Universe from an installment that came out years ago, that’s fine.  If you want to nominate a ship from the 1960’s era of Doctor Who, that’s fine too.

The only thing not allowed in this poll?  Ship hate.  Hating on ships will not be tolerated.  If you comment is simply to bash another ship it will be deleted without warning.  This poll is about love, not hate.

This poll will remain open until February 2nd at 11:59 EST.  We’ll then close it, compile the results, and then launch the next installment of the poll within a couple of days.

Voting is unlimited.  You can vote for up to 5 fandoms at a time but vote as many times as you want.

107 thoughts on “Valentines Shipping Poll: Round One!”