“Wayfarer” Is Even Better Than Its Predecessor 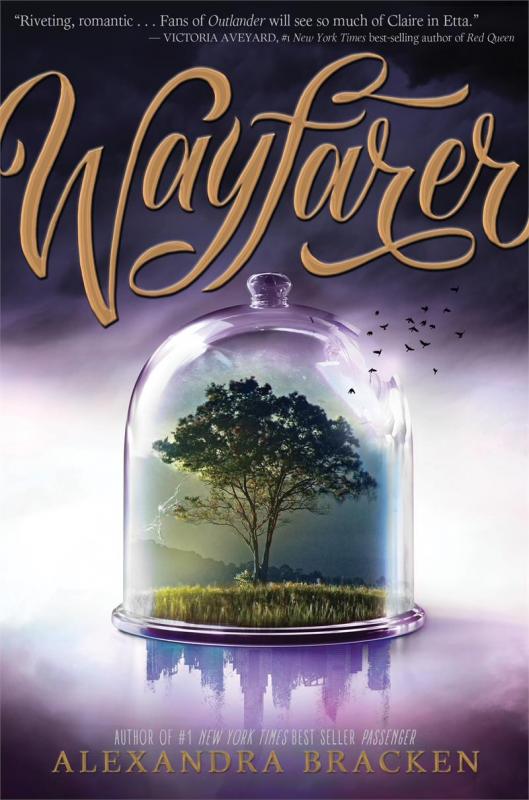 Wayfarer, the second book in best-selling author Alexandra Bracken’s time travel duology, was absolutely worth the wait. I don’t know if I’ve ever read a more satisfying conclusion to a series.

Wayfarer mixes things up a bit, and in doing so I think really helps solidify the relationships from Passenger. When we rejoin our heroes, Etta has vanished and is lost in time, and Nicholas and Sophia are desperately trying to track down both her and the once-again missing astrolabe. With our main trio split up in such a manner we are able to meet new characters, most of whom are a refreshing change of pace.

This second book has everything that the first book had – well-written relationships, female characters who are both strong and flawed, an intriguing plot – and manages to somehow build on things. The addition of Li Min, mercenary for hire, ups the diversity in more ways than one. A young, Asian woman with her own tragic backstory and questionable life choices, Li Min adds cheek and humor, as well as making it quite obvious that Sophia’s engagement to presumed-dead Ironwood heir Julian was most likely purely in name only.

Speaking of Julian, we are reunited with the man whose death weighed so heavily on Nicholas for much of Passenger. It turns out that he didn’t die; he was simply tossed through another portal, ending up in America in the early 1900s – the very same portal that Etta comes through at the beginning of Wayfarer. He isn’t the only person who makes a surprise appearance. Julian and Etta both find themselves in the company of the Thorns – the renegade family who have been fighting the Ironwoods for centuries – and a bombshell is dropped on them both: their leader, Henry, is Etta’s father.

Wayfarer seriously ups the ante. The Thorns stole the astrolabe from Etta, but then someone steals it from them. While Etta and her father dine with Tsar Nicholas II and get caught in the revolution, our Nicholas finds himself cursed to either kill Ironwood or die. While Nicholas, Sophia, and occasionally Li Min jump throughout time – from the Vatican catacombs to Roman Carthage – trying to find the astrolabe, Etta and Julian are thrust into an alternate “future” where an atomic blast has leveled New York City during World War II.

As much as there was to love about Passenger, I enjoyed Wayfarer so much more. Wayfarer is a well-written, tense thrill ride, with great character development and sharp dialogue. This second book focuses less on romance than the first, and more on the slowly-growing friendships between characters who were once enemies. I feel like this was more interesting because Bracken was able to bring other relationships to the forefront while still moving the main romance between Nicholas and Etta along.

Wayfarer has the same engaging plot as Passenger with even more compelling characters. The pacing is excellent, with the action moving more quickly than the first book as the stakes get even higher. And as I mentioned previously, it has one of the most satisfying conclusions that I have ever read. I don’t think I was disappointed about anything with this book. Well done, Alex Bracken. Well done.

Wayfarer by Alexandra Bracken is published by Disney-Hyperion and available January 3, 2017, wherever books are sold.