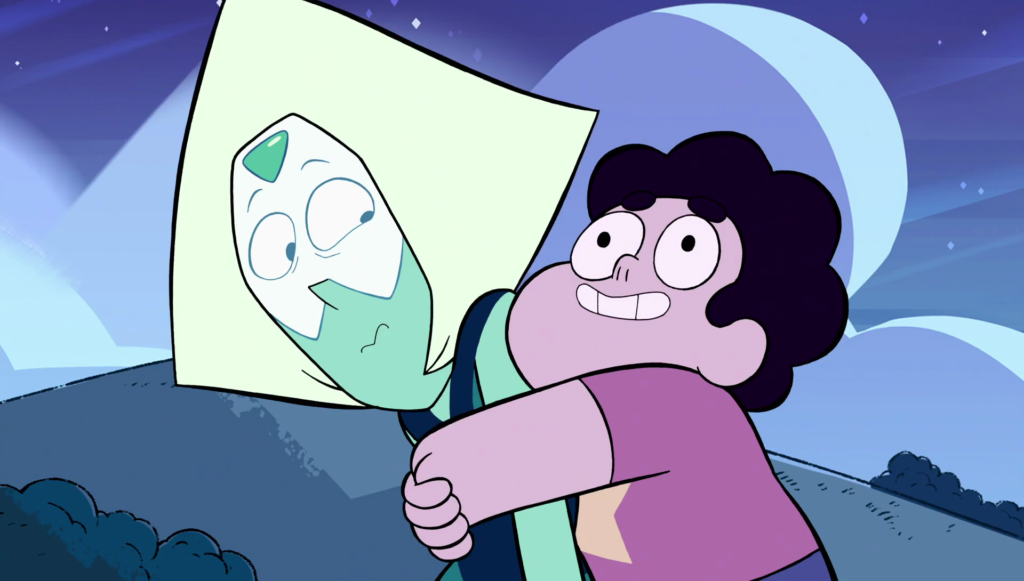 **Please note while this article makes reference to leaked content, it will not discuss any of the details of said content**

UPDATE 01/04/2017: Cartoon Network has removed all but the first episode of Stevenbomb 5 from their app.

On the night of January 2nd, 2017, Cartoon Network did just that.

We still don’t know if this dump was intentional, but this wasn’t a stolen download; these episodes are all available to stream on the CN app with a cable login. The internet being the internet, it would have taken moments for someone to snatch up copies and redistribute them through more nefarious means, so perhaps what was originally a mistake on CN’s part was left up as damage control.

This is not the first time that similar leaks have happened in various contexts. The Cartoon Network website uploads previews of episodes several hours before air-time, and savvy would-be leakers know how to find them. Weeks before the “In Too Deep” event almost the entire Alexandrite vs Malachite fight sequence was leaked on the CN UK website. Perhaps most infamously of all was how the show’s sporadic airing schedule meant the episode “Steven Floats” was aired by Cartoon Network France nearly a month before the US.

Frustration is high in the fanbase for numerous reasons, the obvious one being spoilers. Aside from that, many fans fear that the leaks will decrease the show’s ratings, impacting its chances for renewal. Ultimately there’s no way around the fact that once they’re out there, leaks will be streamed online by impatient American fans and international ones alike. However, the aforementioned “Steven Floats” debacle ultimately affected official ratings very little. We can hope the Stevenbomb 5 leak has a similar minimal impact.

Official ratings are a statistic determined by ‘Nielsen Households,’ homes equipped with a Nielsen box, which records what is watched and when. The data is collected and used to extrapolate a show’s total viewership. If you don’t have a box – and you’d know if you do – your viewership has zero impact on the ratings. If you have a cable login but no Nielsen box, consider watching the livestream as the episode airs on Cartoon Network’s website – they do keep track of those no matter who is watching them!

There is also the fact that we live in a new world of media and official ratings are only one part of what determines a show’s success. Cartoon Network was very proud of Steven Universe being the number one reblogged animated show on tumblr in 2015. Generating buzz any way you can, with Twitter hashtags and Facebook mentions and blog posts etc., really does matter.

But the most concrete way to support Steven Universe is to spend money on it. You can buy the episodes in HD as they become available on official sources like Amazon, Google Play, and iTunes. You can download the Attack the Light and Soundtrack Attack apps, which are both awesome. You can buy the official merch, either directly through CN’s shop or from licensed third party sellers like Hot Topic and welovefine.

In other words, if you “succumbed” to the leaks (which might not even be leaks by technical definition), there are plenty of ways to assuage your guilt. Send the message to Cartoon Network that Steven Universe will be profitable as long as they continue to air it.