Welcome Back to Scion: A Review of “The Mime Order” by Samantha Shannon 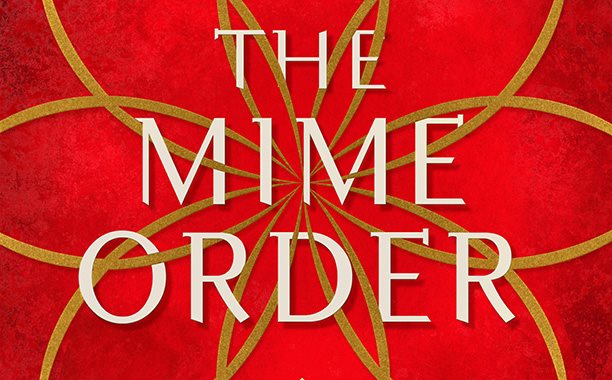 Are you ready to return to Scion London? Well, you’d better be, because The Mime Order, the second installment in Samantha Shannon’s The Bone Season series, picks up right where the first book left off. And when I say “right after”, I mean literally right after.

When The Mime Order opens, the escapees from Sheol I are still on the train they boarded at the end of The Bone Season. From then on, it follows what happens to Paige and some of the other refugees after they return to their lives in Scion London. Paige must go back to the Seven Seals and work for Jaxon after she becomes the most wanted fugitive in London. She grows increasingly frustrated at how little he cares about what is really happening to their fellow clairvoyants, and she soon discovers that Scion is not all it claims to be.

I loved the world that Samantha Shannon created in The Bone Season, so I was anxious to return to it, and I was not disappointed. I will say that The Mime Order does seem to drag at times, because you may forget (as I did) that this isn’t a trilogy — this series is going to have seven books in it. It’s nice to have a story that isn’t rushed but there are points where I was wondering when something was actually going to happen. 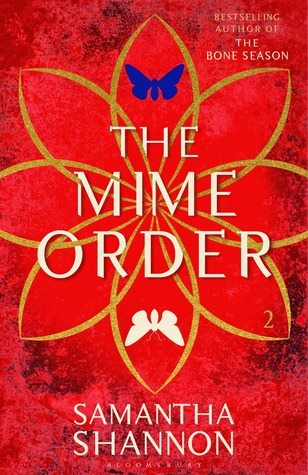 The Mime Order is about introducing the syndicate that rules the clairvoyant underground in London. Despite having left his services at the end of the last book, Paige is forced to return to Jaxon for protection, where she learns more about the syndicate and discovers with horror that it is just as corrupt, if not more so, than the “legitimate” government. Then the Underlord, the leader of the syndicate, and most of his gang are murdered, and Paige becomes the prime suspect.

We are introduced to more clairvoyants, many of whom are women. New characters include some of the refugees from Sheol I, as well as other members of the syndicate. We get to explore the relationships that Paige has with the rest of the Seven Seals. Now that her eyes have been opened to what’s really going on, she is anxious for the syndicate to do something and frustrated when not even members of her own gang are willing to help.

The Mime Order is more of a mystery than The Bone Season was, since it focuses primarily on Paige’s investigations into the murder of the Underlord and the mysterious Rag and Bone Man, who seems to secretly control more than anyone realizes. I like trying to solve mysteries, which is one reason why I enjoyed The Mime Order so much, even when it was moving a bit too slowly for my tastes.

That doesn’t mean there isn’t any action, though. The last quarter of the book has plenty of thrills, including more murder and a giant, 25-person cage-death-match to determine the new leader of the syndicate. Paige and Warden’s connection is explored a bit more — the mysterious golden thread that no one seems to know much about — and we are treated to some insight on Nick and Zeke’s relationship, the revelation of which was such an emotional moment for Paige in The Bone Season. We also visit Jacob’s Island, the slum within a slum where you learn that there are certain types of clairvoyants who are detested even among their own kind.

If you enjoyed The Bone Season, then chances are you’ll like The Mime Order as well. Both are currently available wherever books are sold.