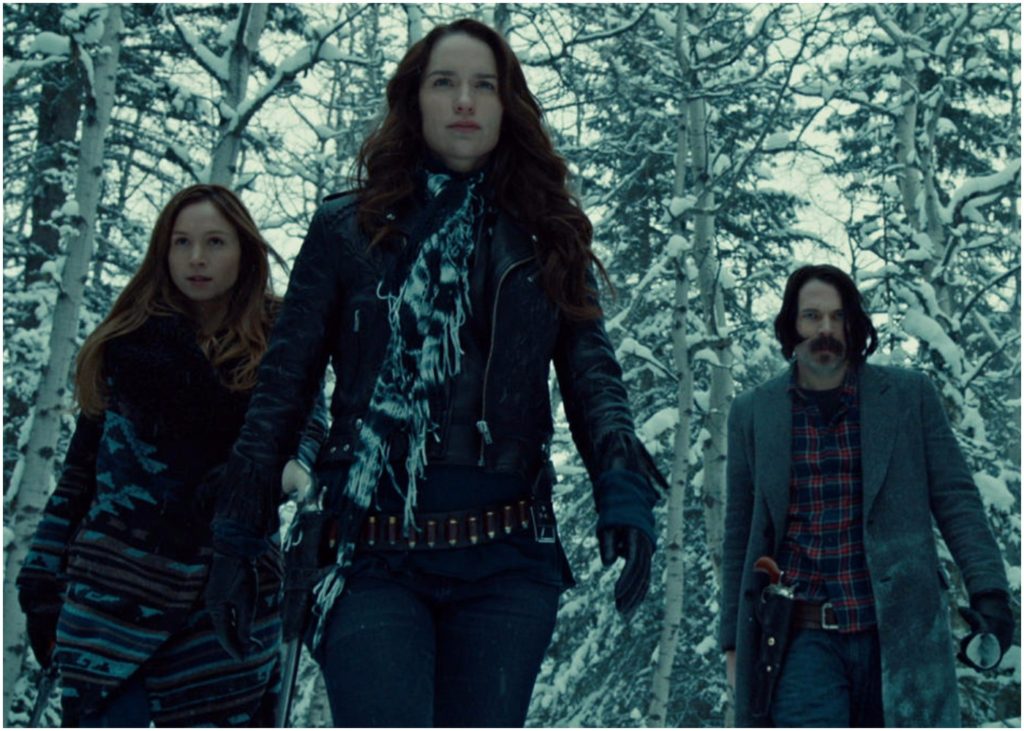 On the off chance you’re late to the Wynonna Earp party (and boy howdy is it a party), you can find the 13 episodes of Season 1 over on Netflix. Marathon those before you start on Season 2, because this show doesn’t hold your hand. The brief recap at the beginning of the season premiere isn’t going to catch you up on what’s going on.

All caught up? Okay good, because from here on out there are SPOILERS.

First of all, Waverly wasn’t pointing her gun at Doc at the end of the Season 1 finale. She actually shot over his shoulder. Season 2 opens with her and Doc running from a wide-mouthed demon creature that had emerged from the portal. They’re rescued by Wynonna, and as the trio turn to leave we get one of the awesome slow-motion Earp walkaways. Can we take a minute to appreciate how well this show incorporates Western tropes with modern storytelling?

The darkness we saw in Waverly’s eyes – well, that’s going to stick around. Several times this episode we get dark eyes with hints of violence. Nicole can literally taste it on her. In a move that has ladies who kiss ladies everywhere rolling their eyes, she even says this out loud. (Come on, Nicole, you don’t straight up tell your girlfriend she tastes funny.) Several times this episode the good deputy seems to sense something’s up with her lady, really. I knew I liked Haught. She’s perceptive.

Wynonna finds out from Sheriff Nedley that Black Badge is sanitizing the whole station house to clear Dolls’ files. (She’s also apparently taking the social blame for the supernatural attack in the finale, but what else is new?) Everyone knows Dolls wouldn’t leave anything critical there, though, so our hero breaks into a series of hotel rooms looking for Dolls’ real stuff. 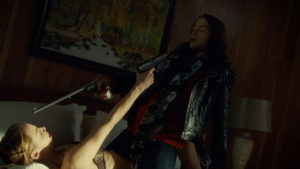 It’s a good thing Peacemaker only works for Wynonna or she’d’ve lost this fight.

Quick detour: this fight? This fight is amazing. When was the last time we got a fight scene where one lady is in her underwear that wasn’t scripted and filmed for the male gaze? (I see you pulling out Buffy, okay, but my point stands.)

Eliza agrees to help rescue Dolls, but warns that he might be already dead or “worse”. (Insert shot of Dolls clinging to some atmospheric steel bars while his eyes gleam yellow.) Wynonna tries to corral the team into making a plan while they derail her with cutesy introductions (Eliza is Dolls’ girlfriend! Nicole is Waverly’s girlfriend – and an agent! Doc is Doc Holliday!). Waverly also deflects Wynonna’s concern for her, and they head off to spring Dolls. This is a rescue episode, after all.

Who, as Wynonna now hears from Eliza while they’re sorta-kinda trapped in the Black Badge facility waiting for Waverly’s rescue, is not human. We finally hear what’s up, or as much as Eliza knows: she and Dolls were experimented on by Black Badge. They don’t even now what they are other than strong and fast, and without the drug they devolve.

Moving on to the running battle to spring Dolls: “Steel Bars and Stone Walls” is full of the kind of swaggery heroics that makes Wynonna Earp shine.

Just when it seems like Lucado is going to kill everyone, her boss Moody shows up. Lucado is in serious trouble – not only was she going to bomb Purgatory, but she has a gun in a no-gun facility. Moody tells the group they’re working for Black Badge now. He shoots Eliza to show how serious he is (boo, I liked her), then points out that while he can’t kill Wynonna he can kill everyone else. Excellent point. 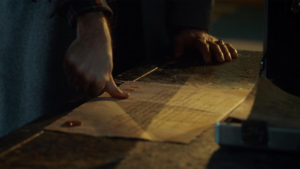 This will in no way come back to haunt them, I’m sure. Maybe it matters that they did it at gun point?

Everyone signs in blood without looking, because these people make bad life choices on the regular. They do make the smart choice of lying about Nicole’s involvement, so at least one person isn’t Black Badge. Nicole is pretty upset about that. She dodges Waverly’s kiss later and makes an excuse to leave.

The Earps strike out on both romantic fronts. Doc turns down a blatant invitation to join Wynonna in the shower. At least Dolls is free and the Earps have each other (even if Waverly’s eyes keep going dark).

The last scene made me laugh out loud. Of course Doc left some dynamite lying around, and of course Black Rock didn’t clean it up, and OF COURSE something was able to free a chunk of Who Knows What from the storehouse with a well-timed explosion. I love how this show works in the variety of baddies.

The episode was a fun ride. I’m excited to see where they go with it next time in “Shed Your Skin”.

Did you catch “Steel Bars and Stone Walls”? What did you think? Share your thoughts in the comments section below!

Previous:“The Mummy” Review – A Weak Start To The “Dark Universe” With Tom Cruise
Next: Orphan Black 5×1 Review: The Few Who Dare