Steven Universe 5×13: Your Mother and Mine 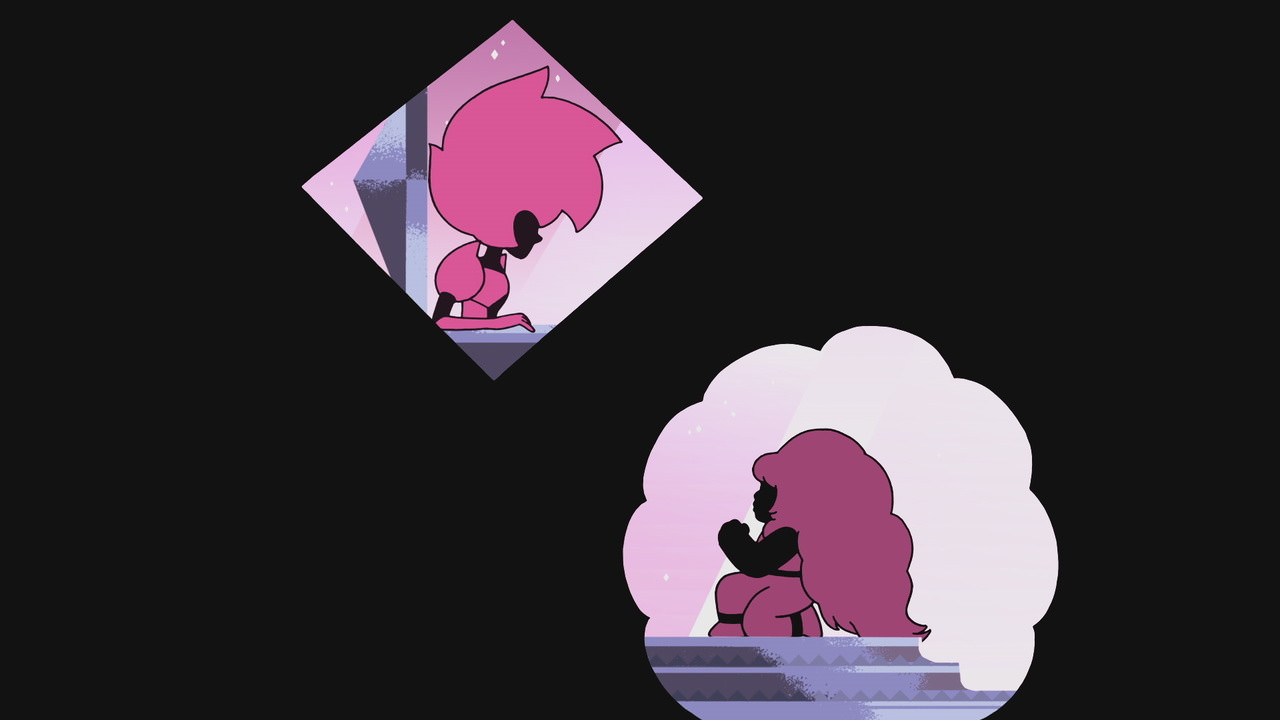 Nothing warms my heart like Garnet story time, and that’s exactly what the first episode of this Steven Bomb – “Your Mother and Mine” – gives us.

First of all, though, can we talk about how Garnet burst into “Your Mother and Mine” with compliments galore for the off-color gems? Yes, at first she made them uncomfortable (because of course they’d never been complimented before), but hopefully they understand now? Honestly it was hard to tell, and I get that people – or rather, gems – might not be able to change gears that quickly, but man, Garnet was trying in the only way she knew how.

What really threw me for a loop was how the off-color gems didn’t react to Garnet’s story about Rose the way I hoped they would. Again, understandable, but man, Garnet story time, guys! As a viewer and lover of all things Garnet, it’s hard to not get wrapped up in her stories. While I understand that this certainly wasn’t “The Answer” – it wasn’t just Garnet telling Steven how she came to be – it was still a great tale. Pink Diamond used Earth as a colony, but this one soldier, this one Rose Quartz, rebelled.

It’s a story we all know, a story we’ve all *known*, but does it really ever get old? And seeing it through Garnet’s eyes, hearing it through her words, combined with the usual beautiful art of this show, really hit home for me. Unfortunately, as I mentioned, the off-color gems didn’t see it that way. After all, they’ve been fed lies about Rose Quartz all their lives; anyone who has been raised to think one thing and then had to unlearn that way of thinking knows how hard it is.

And that’s why Steven Universe is such a beautiful show – time and again, it faces down some of the most difficult things that we all face in life. Falling in love, loss of love, abusive relationships, and in the case of “Your Mother and Mine”, well, fake news. Sure, this episode might not have told us anything we didn’t already know…but it was beautiful nonetheless.