All right, The 100 fans! The results of our shipping poll are in!

It’s been a very tumultuous three weeks, after the shocking death of Lexa, the uproar on social media, and the resulting (and somewhat reluctant) apology from executive producer Jason Rothenberg. With the series returning after a short hiatus, the end of the poll couldn’t have come at a better time. We totaled a number of 33,285 votes over the past two weeks. Finally, we have the results. A drum roll, please! 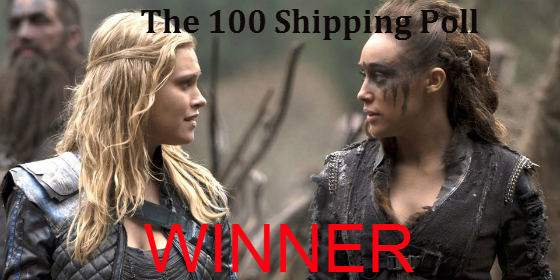 The winner of the shipping poll, by over half the total votes, is Clarke and Lexa! Coming in at 65%, Clexa led the shipping polls with 21,698 votes. Holy cow, you guys! This is almost (but not quite) twice the amount of votes received combined for all of the ships. I was one of the devastated Lexa fans after ‘Thirteen’ aired and I’ve bonded with a lot of other Lexa fans. Congrats Clexa! 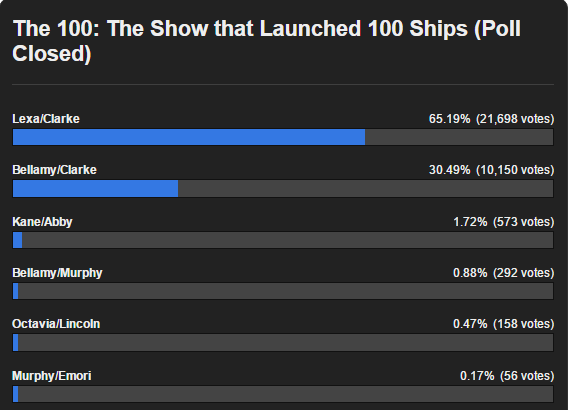 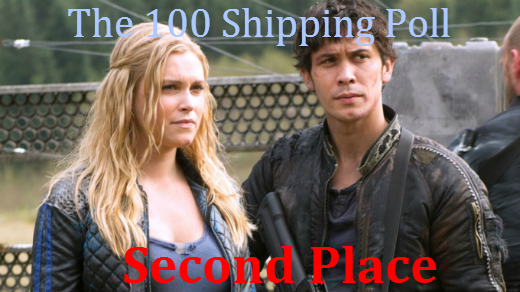 Coming in at second place, and another popular The 100 ship, is Clarke and Bellamy, affectionately known as Bellarke. The King and the Princess. A cute ship, we have yet to see much of them but I have a feeling we’ll really dig into the Bellarke relationship after Clarke’s return. 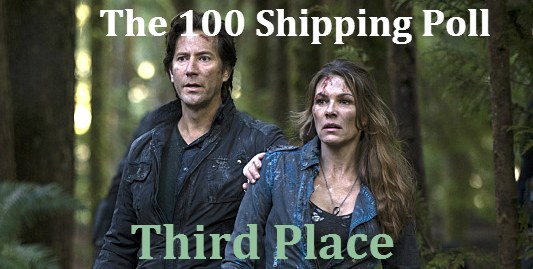 In third place is Marcus Kane and Abby Griffin (ship name: Kabby). Another relationship we’ve watched evolve over the course of the three seasons is that of Senator Kane and Dr. Griffin. It’s a bit of a slow burn, and at first I didn’t like Marcus (or Abby, if we’re being honest) but I think it’s finally beginning to take root in the series.

The next three honorable mentions paled in comparison to the rest of the ships. All of them were less than 1%! Murphamy crawled in at 292 votes, Linctavia at 158, and dragging itself over the finish line, Memori at a mere 56 votes. I’m complete Murphy trash and I’m sitting happily on my Memori trash throne. 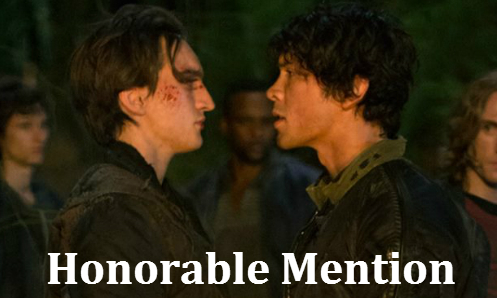 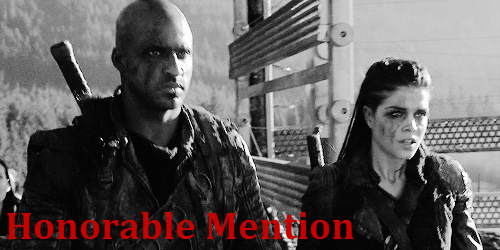 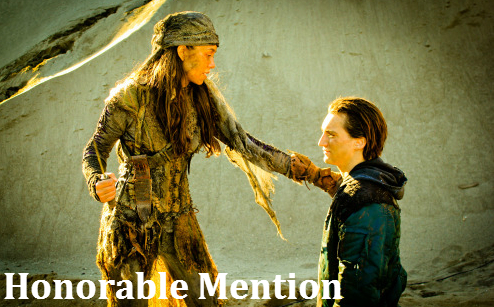 All of the ships mentioned in the poll have some pretty stellar fan videos on Youtube and while I won’t link directly to them, go ahead and check them out. Be sure to catch The 100‘s return on Thursday, March 31, 9 EDT on the CW!