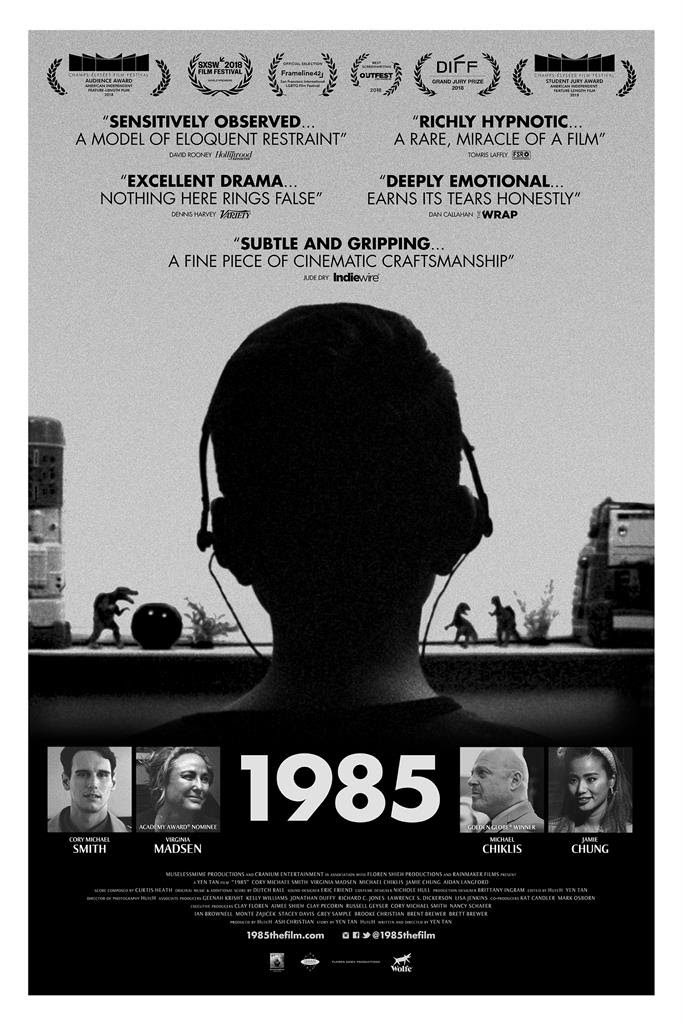 I have been looking forward to the upcoming October 26, 2018, release date of Yen Tan’s queer film 1985 since the project was announced. Now, we have a new trailer and poster the movie, which stars Cory Michael Smith. Being familiar with Tan’s previous work, I recommend you add 1985 to your watch list.

With Wolfe Releasing recently acquiring 1985, the upcoming film is about Adrian (Cory Michael Smith) returning to his family in Texas during the first wave of the AIDS crisis.

Having been gone for three years, closeted advertising executive Adrian (Cory Michael Smith, “Gotham”) returns to his Texas hometown for the holidays during the first wave of the AIDS crisis. Burdened with an unspeakable tragedy in New York City, Adrian looks to reconnect with his preteen brother Andrew (Aidan Langford) while navigating his relationship with religious parents Eileen (Academy Award Nominee Virginia Madsen) and Dale (Golden Globe Award Winner Michael Chiklis). When he reaches out to his estranged childhood friend Carly (Jamie Chung, “The Gifted”), their unresolved issues force Adrian to confront an uncertain future that will significantly alter the lives of those around him.

Shot on black-and-white super 16mm film, “1985” takes a unique look at a pivotal moment in American history through the prism of empathy, love and family.

Check out the trailer! Be warned because this film seems ready to tug at your heartstrings!

While you wait for the release of 1985 and prepare to cry your eyes out, I recommend you watch French queer film My Life With James Dean for a lighter fare.

Feel free to share your thoughts about 1985 with us.