Face Your Destiny in “A Queen in Hiding” – Book Review 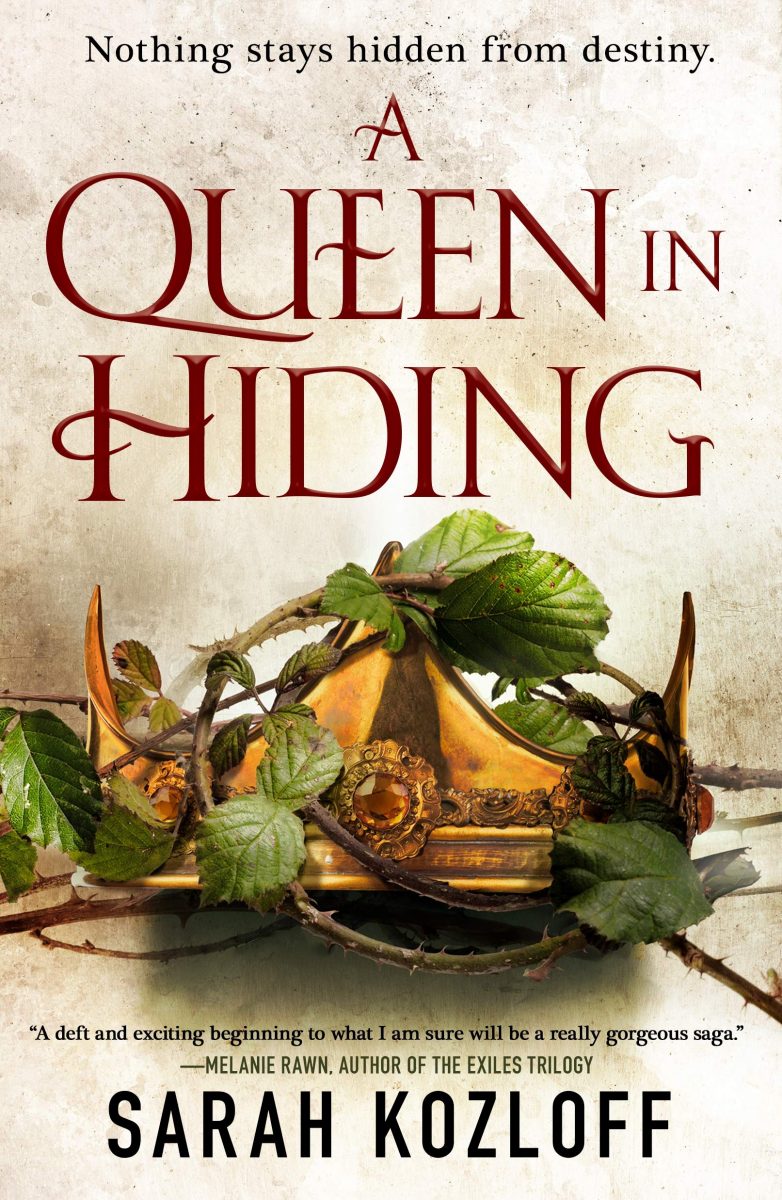 If you are looking for a new fantasy series with a pair of badass female protagonists set against a backdrop of war and political intrigue, you will definitely want to check out A Queen in Hiding, the first book in the Nine Realms series from Sarah Kozloff.

A Queen in Hiding is the story of Cressa and her daughter Cerulia. Queen of the matrilineal society of Weirandale, where hair color, of all things, decides status, Cressa is concerned both about her daughter’s apparent lack of magical ability and the brewing coup she has discovered among her councilors. After an assassination attempt thwarted only by Cerulia’s talent of speaking to animals, the two flee in the night. Cerulia is placed with a family deep in the country whose memories are wiped of her true identity, and Cressa seeks allies to win back her throne.

I was into this story right from the start. I’m usually not a fan of prologues, but the one for A Queen in Hiding features giant cats guarding the throne, and it’s kind of hard for me to not be super interested in that. Both Cressa and Cerulia are flawed, fantastic protagonists, but the series isn’t just about the two of them and the problems in their own country.

What is really interesting about this series is how it focuses on the overall world. Set over the span of twelve years, it’s mainly centered on Weirandale, but we also spend some time in Oromondo, a country full of religious fanatics who begin to wage war against the other countries, both because they are “non-believers” and because their own land is “cursed” with a blight. We also see the Green Isles and the great university in the Free States.

This book is filled with so much action and intrigue that it’s never boring, and there is an event about halfway through that made me immediately sit up and take notice. There is a war brewing, a coup happening, a princella hiding among the people, a queen fighting pirates and all sorts of magic. Basically, there is a lot going on.

A Queen in Hiding is a largely plot-driven book, but there are enough instances of character development that it never feels like Kozloff is just checking events off a list. The characters drive the plot well enough, but the plot is the primary focus. And if you’re not a fan of romance, it’s easy enough to overlook the few instances in the story. There are more important things going on, after all.

The world-building is fantastic and seems effortless. I found myself referring to the map at the beginning frequently, but each country has its own feel, culture, and history that is unique to itself. I was never confused; information was dropped naturally as the story progressed And the large cast of characters are quite well-developed, considering how many there are. They each had a distinct voice and personality.

Originally I worried, with the abundance of characters and the long-spanning plot, that things would feel unearned or that I wouldn’t really connect with any of the characters. I was pleasantly surprised to discover that this was not the case. I was genuinely sad when certain characters died or when two characters had to leave each other, and I found myself rooting for people to fail or succeed.

A Queen in Hiding is a fantasy series that feels very fantastical, from the more overt – like the mages of Oromondo setting people on fire – to the more subtle – like using different terms for common things. I was enthralled by the plot, the characters, and the history of the world, and cannot wait to dive into the next book and find out what happens.

But quite possibly the best thing about this series is that there are no interminable waits between books. In fact, the second book in the series is already available, with the third and fourth installments coming out in March and April, respectively.

A Queen in Hiding by Sarah Kozloff is published by Tor Books and is currently available wherever books are sold.

*I received a free copy in exchange for an honest review. All opinions are my own.*

Previous:RuPaul’s Drag Race All Stars Season 5 Coming to Showtime this June! Will You Pay?