“Adventure Time” to End with Ninth Season in 2018 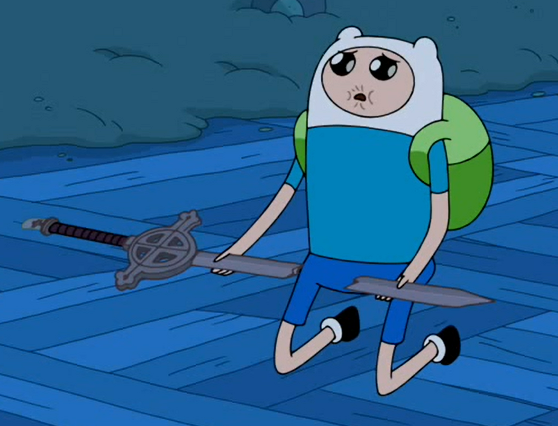 In some majorly donked up news, Adventure Time is coming to an end in 2018 with its ninth season.

We still have two episodes left to go in season seven, which has been spectacular, by the way. Then we’ll get just two more seasons of the most mathematical cartoon this side of the nightosphere.

This announcement comes on the heels of another beloved Cartoon Network show’s end, as Regular Show premiered its eighth and final season on September 26, 2016, and will run through January 2017.

Adventure Time is cited by many as the beginning of this current era of kids shows that are enjoyable for all ages. Its storyboard format and expansive worldbuilding paved the way for the likes of Steven Universe, Gravity Falls, and lots of other great current or recently aired animated television entertainment.

Adventure Time’s six Emmys are only the top of the list of awards it has received throughout its run so far. According to The Hollywood Reporter, the show will conclude with 142 half-hours of content.

Pendleton Ward, the creator of Adventure Time, explained: “Adventure Time was a passion project for the people on the crew who poured their heart into the art and stories. We tried to put into every episode something genuine and telling from our lives, and make a show that was personal to us, and that had jokes too! I’m really happy that it connected with an audience for so long. It’s a special thing, I think.”

All good things must come to an end. But, as our favorite robot BMO has said, “When bad things happen, I know you want to believe they are a joke, but sometimes life is scary and dark. That is why we must find the light.” Thank you, Adventure Time, for bringing us so much light throughout your run. And thank you, Cartoon Network, for giving us almost two full years to prepare!

P.S.: If Bubbline remains all-but-canon in the two remaining seasons, that will be seriously un-algebraic. Let them be girlfriends again!